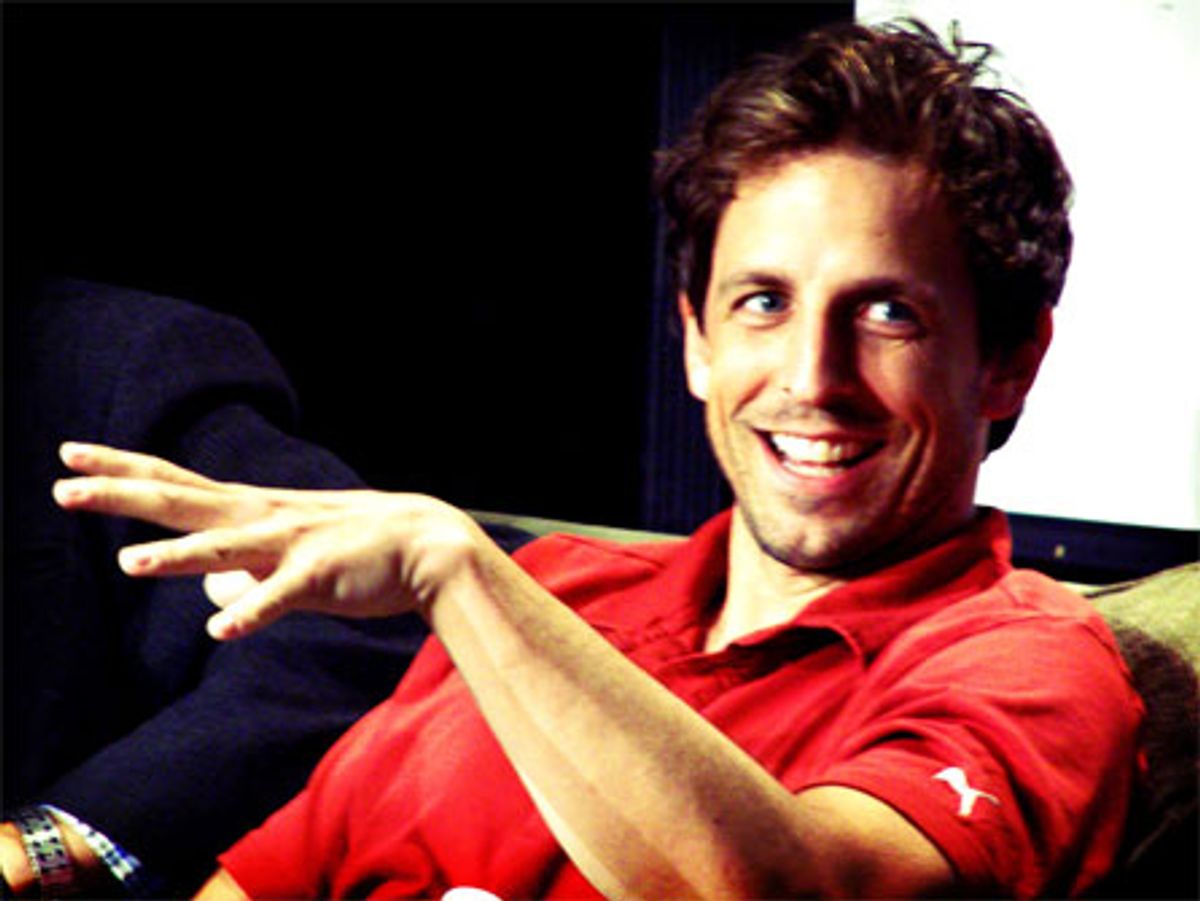 Boy, does Seth Meyers set our inner geek aflame. Toothy and slightly gangly, he looks -- and sounds, when his voice cracks -- like that funny but shy kid in high school we secretly crushed on and now wonder about, wishing we had crashed his Dungeons & Dragons club or sidled up to him at a school dance, complimenting him on his skinny tie or yellow high tops.

Meyers, 34, has been on "Saturday Night Live" for seven years now, and has had key roles in memorable skits like "Doppelganger" and Natalie Portman's dagnasty turn as a rapper. He's made a memorable John Kerry, Anderson Cooper and Ryan Seacrest, among others. But he's left his biggest impression as "Weekend Update's" smart alecky co-anchor, which he became in 2006, the year he also took over as the show's head writer. And he seriously hit his stride this year; the show's incisive political skewering has made it the most culturally relevant it's been in about 20 years. Tina Fey and Amy Poehler were undoubtedly the show's stars, but Meyers excelled as the genius in the background, the one credited with writing the year's biggest spots, including many of the highly influential spoofs of Alaska Gov. Sarah Palin.

As a performer, he's not the alpha dog of "SNL" stars past, but he has an endearing, crafted wit. Behold the power of this recent nerd-on-speed reading of the mortgage-based economic meltdown (it's at the very beginning of the video, which shows his recent appearance on the "The View"). And on a show of often oversize personalities, he's the low-key presence that grounds it all, the guy we ultimately want to laugh along with. While Poehler's tour de force performance and Palin's gameness had everyone grasping for superlatives after the infamous "Palin rap" skit, we found it all infinitely more enjoyable because of Meyers' barely contained glee. Go back and watch it and try not to smile along with him. What's more adorable than a comedy nerd raising the roof and watching the most famous female politician in America follow his lead?

Well, for one, it might be watching Meyers gush as a comic book fanboy, giddy after Marvel veteran Kevin Maguire drew a sketch of him as the Blue Beetle (it's right here, at about the 3:30 mark). Oh, Seth. How we wish we'd made our move way back when, joining D&D. We could've traveled to the Forgotten Realms together, fighting off the evil Cloud Giant and Bugbear Footpad, gazing at each other as we rolled the dice. Sadly, that time has passed.