An astonishing athlete with his priorities (and his Speedo) in the right place. 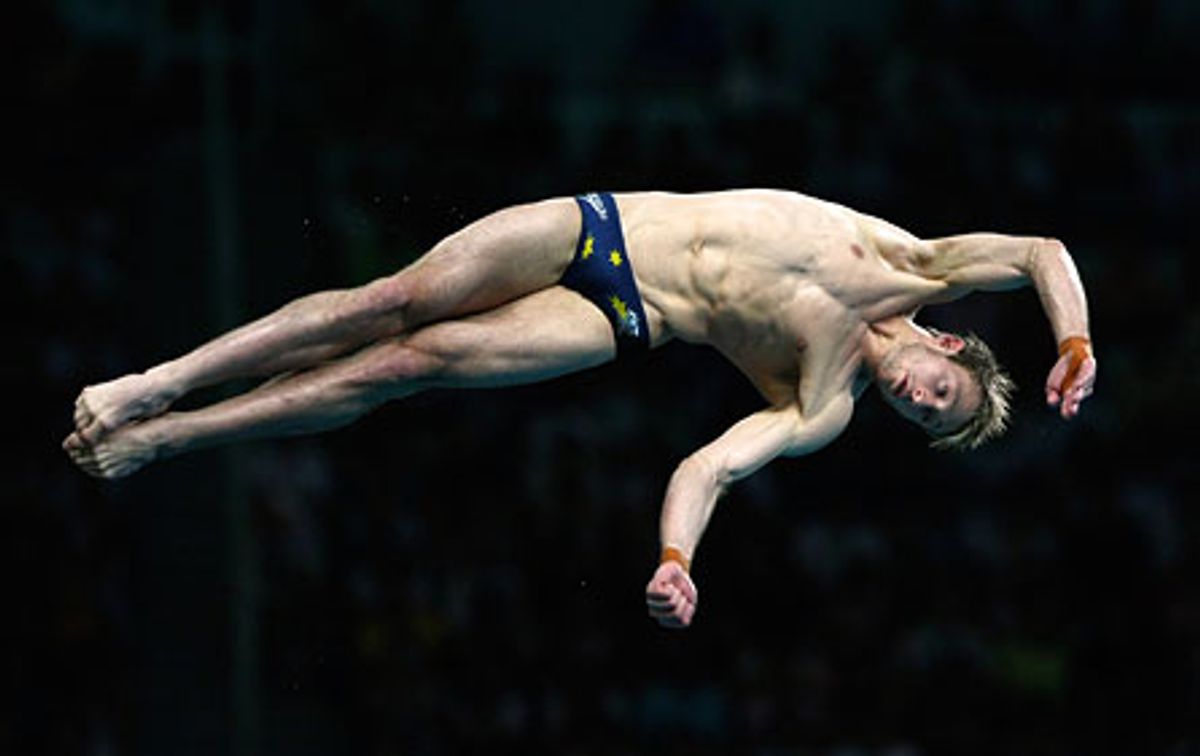 The Olympic diver Matthew Mitcham, the 20-year-old phenom from Brisbane, Australia, probably would have passed us by if it weren't for three things. 1) His riveting gold medal win in Beijing, in which he surprised nearly everybody, including himself, by capturing his country's first gold diving medal since 1924. 2) The much-publicized fact that Mitcham was the only openly gay male among the more than 10,000 athletes to compete during this summer's Games. 3) Dude is crazy cute.

How could we not have a crush on young Mr. Mitcham? Not only does he look like a dreamy cross between Heath Ledger and the raver kid from your undergrad dorm, but he's also darn fun to watch in a Speedo. That, and he seems like he'd be a great guy to have a drink with at the poolside snack bar. In his post-competition interviews (in one case, sandwiched between his mom and boyfriend) he was so delightfully self-deprecating and genuinely thrilled about his win that we couldn't help simultaneously cracking a smile, swooning and feeling buoyed by Olympic spirit.

He also seems to have his priorities in the right place. When, in 2006, he got tired of the intensive training regimen he'd been pursuing for years, he did what most reasonable-minded teenagers would do: He took a year off to go to bars and have fun. That's one of the sanest approaches to elite athletics we've heard in a long time. It deserves a gold medal all its own.