The commander in chief

The compassionate and surprisingly funny politician who won our hearts -- and our votes. 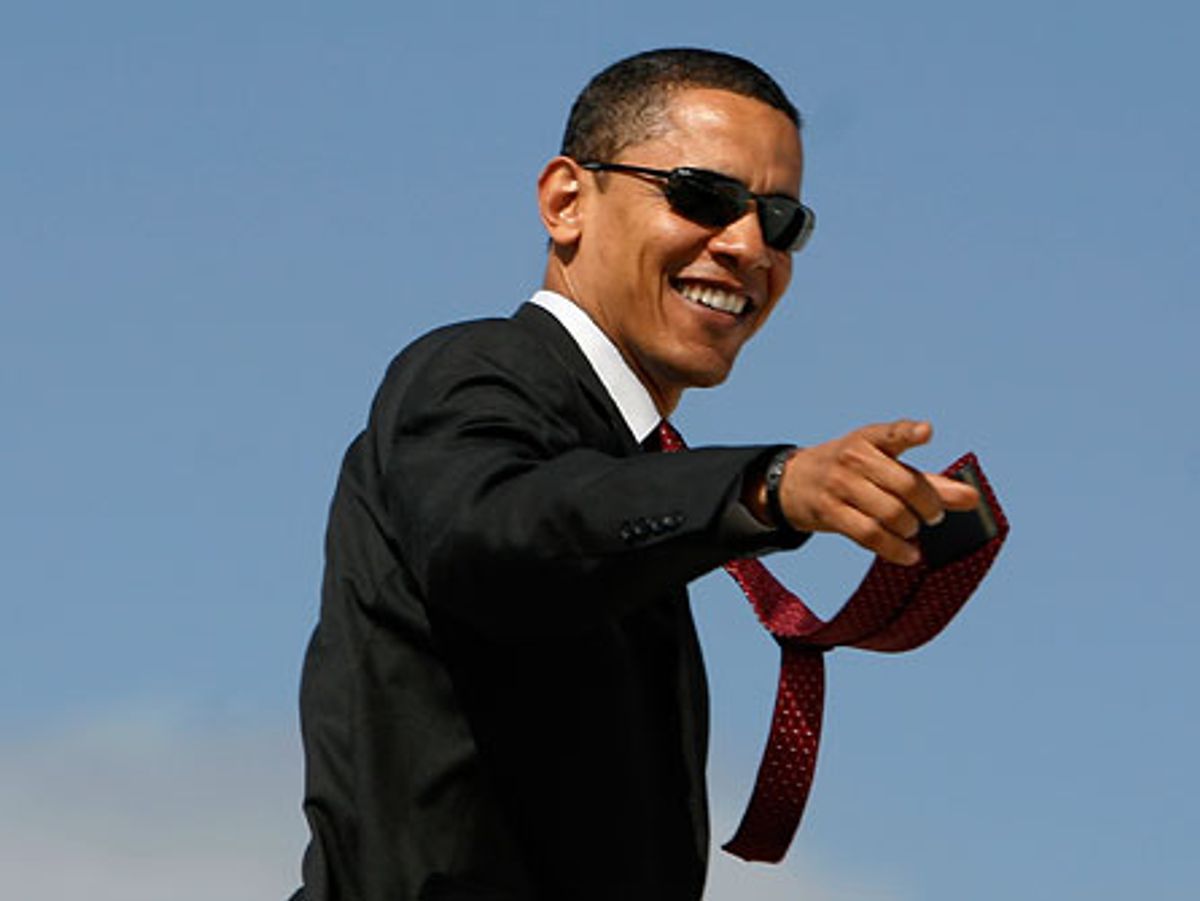 He's got those big ears. He's a little too skinny. During the Democratic primary, we thought John Edwards was the prettiest man, and Hillary Clinton's stones were ... shinier! But in the course of two unbelievable races, first for the Democratic nomination and then for the presidency, Barack Obama won our votes, won our hearts and turned us on.

Calm is sexy; he never, ever let Clinton or John McCain shake his calm. Command is sexy; watching him sitting next to McCain in those debates, it was immediately clear who'd make the best commander in chief, and it wasn't the supposed war hero. But funny is sexiest of all, and it wasn't until the Al Smith charity dinner that we realized we'd let creepy Obama Girl and the fawning of his fanboys in the blogosphere blind us to the obvious: Barack Obama, 47, leader of the free world, is one of the sexiest men alive. When he'd tell a joke, and then follow it with a low, throaty chuckle, like he cracked himself up, too, well -- watch it yourself, here. And melt along with us, if you haven't already.

Bonus points: Clearly, we love the bad boys, but we like amazing dads and husbands, too. This slide show mesmerized us; so did this blog. We love a man who knows his way around a baby as well as Pakistan and the problems with credit default swaps. Where George W. Bush shriveled in the Oval Office, losing whatever (debatable) frat-boy charm he had and becoming repellent, we think Barack Obama will age well, and we're looking forward to a brighter future with him by our side.