An unpardonable use of power

If President Bush cares about his place in history, he should think twice before issuing pardons that call his judgment, and the integrity of the rule of law, into question. 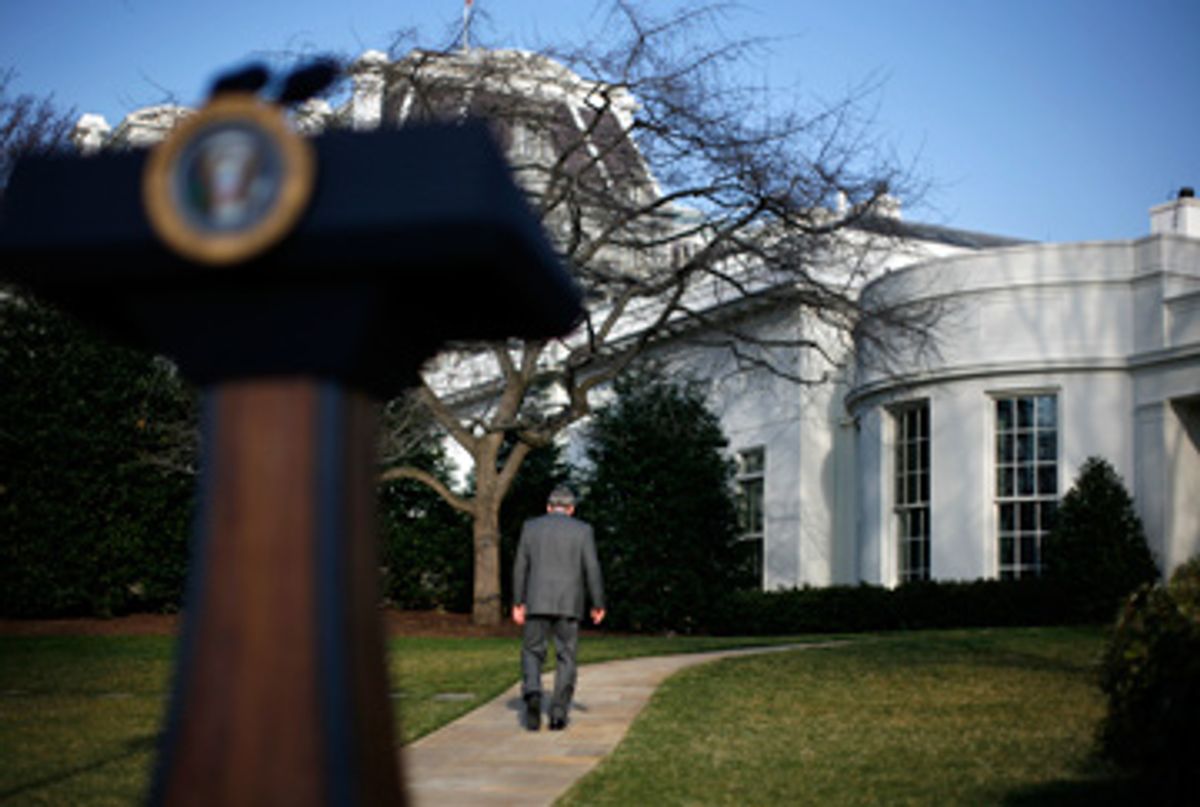 A departing president probably can't help thinking about the judgment of history.  At the end of eight years, President Bush likely isn't any different.  With the nation's attention focused on his successor, it may seem as if there is little opportunity left for the current president to affect how he will be viewed.  But there is one power left -- the power of the pardon -- that could, if it's abused, create a controversy that both the president and the public could live without.

The power of the pardon is close to absolute.  Short of interfering with their own impeachment, presidents can pardon whomever they choose.  At the end of his term, however, this president should think twice before issuing pardons that call his judgment, and the integrity of the rule of law, into question.

If President Bush were to pardon key individuals involved in the misdeeds of his administration, from warrantless wiretapping to torture to the firing of U.S. attorneys for political reasons, the courts would be unable to address criminality, or pass judgment on the legality of some of the president's worst abuses.  Issuing such pardons now would be particularly egregious, since voters just issued such a strong condemnation of the Bush administration at the ballot box.  There is nothing to prevent President Bush from using the pardon in such a short-sighted and self-serving manner -- except, perhaps, public pressure that may itself be a window on the judgment of history.  Everyone who can exert that pressure, from members of Congress to the press and the public, should express their views on whether it would be appropriate for President Bush to use his pardon power in this way.

Controversial pardons are nothing new, of course.  President Gerald Ford's pardon of Richard Nixon, which was a source of furious national debate, is perhaps the most famous of these.  More recently, President Clinton issued a series of last-minute pardons that were highly criticized.  Yet the power can also be used to show mercy -- Clinton used the pardon power a number of times to lessen the impact of draconian mandatory minimum sentences for certain drug offenders.

The use of the pardon power throughout history has been just as varied. Presidents Andrew Johnson, Buchanan and Carter used the pardon power to try to heal national divisions and promote unity.  Buchanan, for instance, in return for an oath of loyalty to the nation, pardoned Mormon settlers in Utah who had been accused of treason.  It was Johnson's extensive use of pardons after the Civil War that prompted Congress to try to limit the pardon power, which led to the Supreme Court's seminal decision, Ex parte Garland, confirming its nearly unlimited scope.  The pardon power outlined in the Garland decision is sweeping -- "it extends to every offence known to the law, and may be exercised at any time after its commission."  But that doesn't mean that all pardons are appropriate or serve the common good.  The current president's own father, George H.W. Bush, pardoned six participants in the Iran-Contra plan, including Caspar Weinberger, Elliott Abrams and Bob McFarlane, whose trials might have exposed his own involvement.

Writing in the Garland case, the Supreme Court said of presidents' pardon power that "the benign prerogative of mercy reposed in him cannot be fettered by any legislative restrictions."  The history of the use of the presidential pardons shows that while presidents sometimes exercise the benign prerogatives of mercy, that is not always their motivation. Nonetheless, while there may be almost no legal limits on presidential pardons, there certainly are limits to what the public will see as a reasonable use of the power.  The current president, who has shown such disrespect for the rule of law during his term, will have a chance to show to all of us, and to history, whether he respects it enough not to short-circuit the judicial process after he leaves office.