A badminton bad boy who is a demon with a shuttlecock -- but has the smile of an angel. 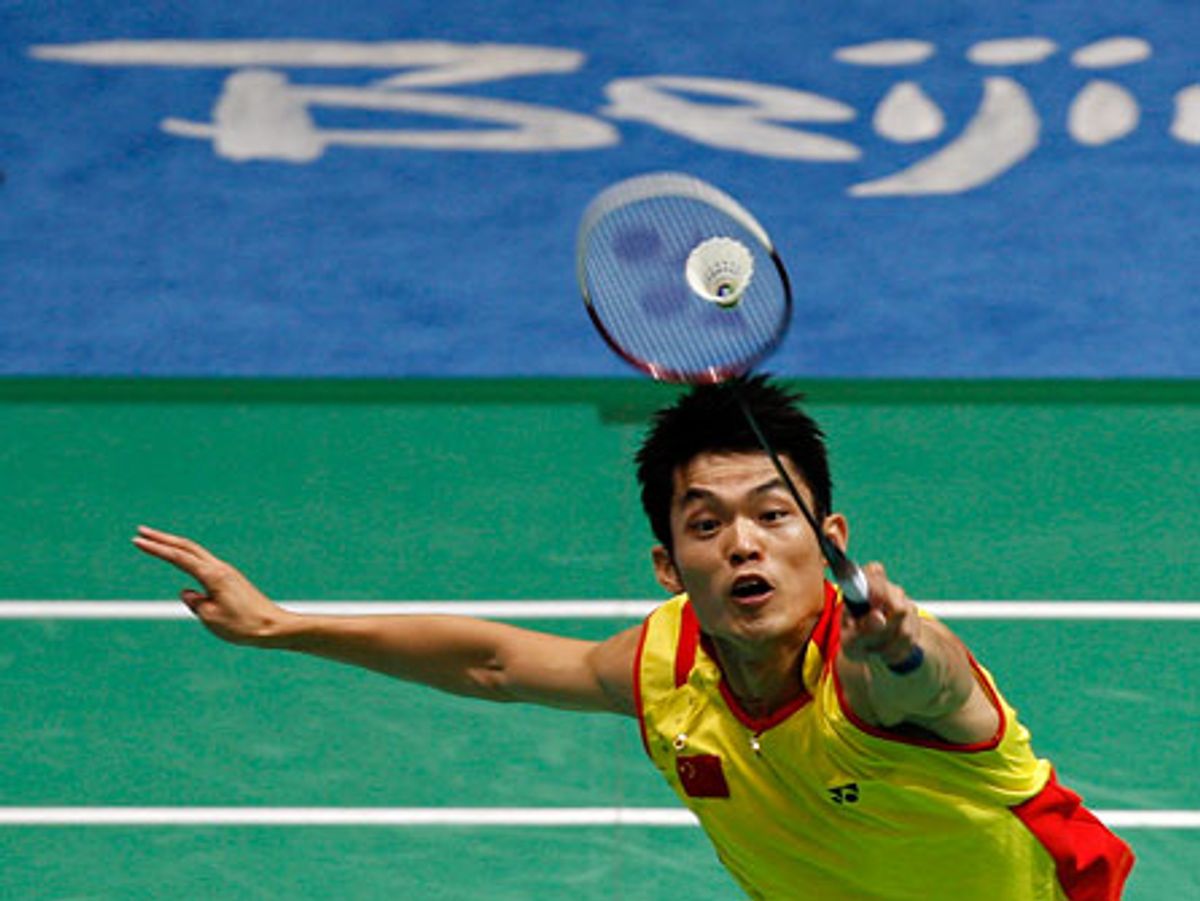 If you were an Olympic fan who relied on NBC's prime-time fixation on Michael Phelps and Olympic beach volleyball wedgies, you missed a number of riveting performers. And it's almost a guarantee you missed the hometown's hero, the man screaming teenage girls throughout Asia simply call "Super Dan."

Lin Dan, 25, has been considered the top badminton player in the world for a while now, and before he won gold in singles at the Olympics in August, he was known for his turbulent nature. He'd crashed out of the Athens Olympics in the first round. He motioned threateningly at a South Korean coach with his racket during a heated matchup and reportedly scuffled with his coach pre-Olympics. Sometimes called the "John McEnroe of badminton," Lin, with his spiked hair and gold Mao pin (he's a member of the People's Republic army), is a beguiling mix of the literal, conservative old guard and new-wave individualism. And if you say you can't take a sport played with those little toy rackets seriously, then you've never seen Super Dan cover the court with the grace of a Federer, or watch him work his shuttlecock, hitting it at speeds approaching 200 mph (that's about 60 mph faster than a typically very hard tennis serve from the men's tour). He's not just an athlete, as they say, but an artiste.

Add to that a body that's ripped and the smile of an angel. We hope to see this badminton bad boy promoted to prime time, come the London Olympics in 2012.