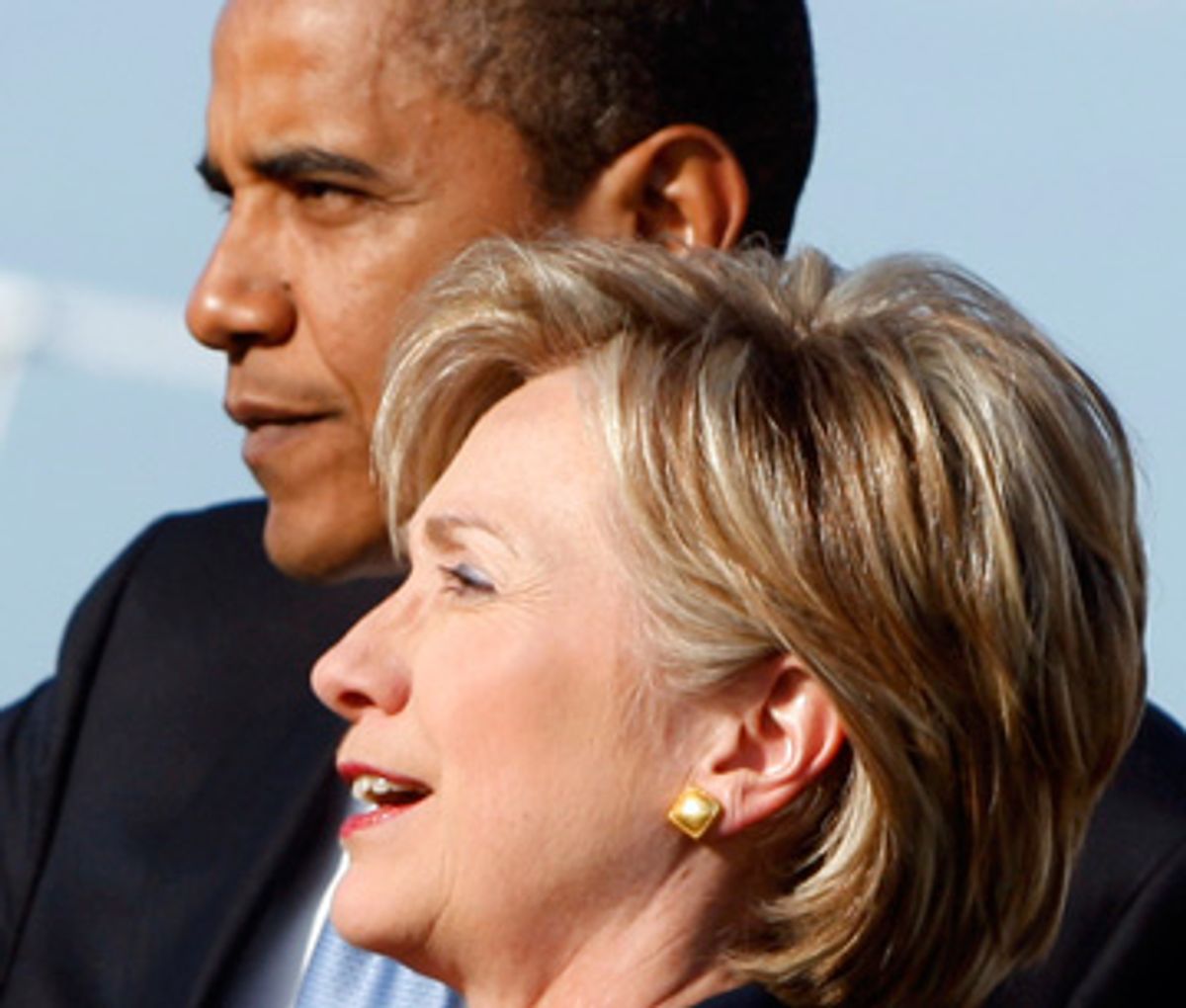 Hillary Clinton has reportedly been wavering about whether or not to leave the Senate for the State Department, but according to the New York Times, she's now made her decision. Clinton is ready to accept the nomination to become secretary of state, the Times' Peter Baker reports.

Baker sources his story to two unnamed "confidants" of Clinton's. He writes:

Mrs. Clinton came to her decision after additional discussion with President-elect Barack Obama about the nature of her role and his plans for foreign policy, said one of the confidants, who insisted on anonymity to discuss the situation. Mr. Obama’s office told reporters Thursday that the nomination is “on track” but Clinton associates only confirmed Friday afternoon that she has decided.

“She’s ready,” said the confidant. Mrs. Clinton was reassured after talking again with Mr. Obama because their first meeting in Chicago last week “was so general,” the confidant said. The purpose of the follow-up talk, he added, was not to extract particular concessions but “just getting comfortable” with the idea of working together.

A second Clinton associate confirmed that her camp believes they have a done deal.

Baker says nothing will be official until after Thanksgiving. That's consistent with previous reports about the timing of any announcement.

Update: Philippe Reines, a senior advisor to Clinton, e-mails Salon's Mike Madden, "We’re still in discussions, which are very much on track.  Any reports beyond that are premature."