This action movie is packed with car chases and stylish fight scenes, but the real thrill is star Jason Statham. 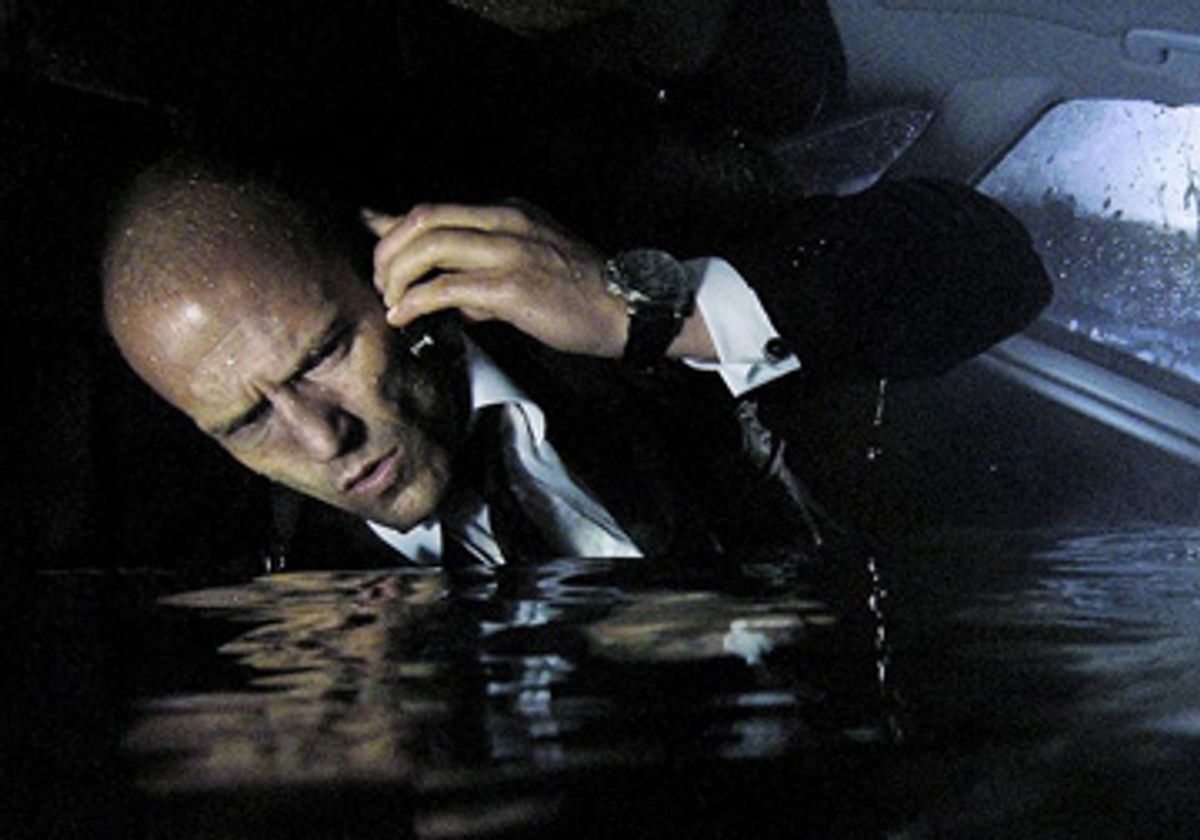 The "Transporter" movies -- all masterminded (though not directed) by kooky French filmmaker Luc Besson -- are considered by many to be a guilty pleasure, and maybe I'd feel that way, too, if I ever felt any guilt at the movies. (I don't.) I just love the "Transporter" movies period, for lots of reasons: For the shameless way in which they generally make no sense at all, for their smart, stylish physical-action sequences (always choreographed by Corey Yuen, who also directed the first movie in the franchise), for the car chases that, in addition to the usual visceral thrills, always have an aura of elegance about them.

But mostly I love the "Transporters" for the Transporter himself, Jason Statham. Statham, a former diving champ, isn't the first action star to prove himself a fine actor, period (Bruce Willis and Jet Li are just two who have gone before him). But with each successive "Transporter" movie -- including this latest one, "Transporter 3" -- Statham has moved closer to being the kind of actor who can carry any kind of vehicle, instead of just looking good behind the wheel of one.

Of all the "Transporter" pictures, "Transporter 3" may be the closest to a real movie, instead of  just a fun, shiny toy. The director is Olivier Megaton, a graffiti artist-turned-filmmaker. (His birthday, Aug. 6, 1965, is the 20th anniversary of the bombing of Hiroshima, hence the faux last name.) The script, by Besson and Robert Mark Kamen, even makes a reasonable degree of sense, at least if you can get behind the idea of exploding cuff bracelets (and I know I can). Statham's Frank Martin is kidnapped by a network of baddies to drive his trademark Audi somewhere -- stripped of all its groovy weaponry, unfortunately -- to do something bad. They've also put a girl in the passenger seat, a freckled Ukrainian vixen in a copper sequined dress. Her name is Valentina (she's played, with minxlike mischievousness, by Natalya Rudakova), and the baddies need her for a specific purpose. It's Frank's job to deliver her ...  somewhere.

That gives Megaton a chance to indulge in the requisite car chases and fight sequences, but he manages to make them astonishingly fresh, especially considering he's giving us the third picture in an already well-established franchise. There's a superb chase sequence early in the picture, intercut with shots of Frank and his colleague Tarconi (the marvelous French actor François Berléand) fishing semi-peacefully from a boat in a placid lake -- the sequence strikes a lovely visual balance between frenetic action and blissful relaxation. And the fight sequences, again choreographed by Yuen, are clever and fun: This is the first time I've ever seen a crisp white shirt (part of Frank's simple, elegant work uniform) used as a deadly weapon.

There's more, including a daring underwater escape, but the main thing to watch here is Statham. At a screening for another movie this week, I overheard two critics babbling authoritatively about why they'd decided to skip the screening of "Transporter 3." They weren't likely to vote for it for any awards, they said. Then one of them quickly added that, in general, she likes Jason Statham a lot. "He can act. He just usually doesn't have to," the other said, adding more authoritative stones of wisdom to the sorry little pile the two of them had already accumulated.

When you're Jason Statham, you have to work harder to "act" in a picture like "Transporter 3," in order to strike the right balance between enjoyable cartooniness and human believability. Statham goes above and beyond, without showing any strain at all. He was terrific as a principled robber in Roger Donaldson's "The Bank Job," earlier this year, a role that showed the breadth he's capable of when he's given a meatier role. But that doesn't make his performances in the "Transporter" movies -- particularly this one -- any less sturdy.

He makes a marvelous straight man: When Valentina tries to seduce Frank -- she's convinced she's going to die, and she wants to "feel the sex" once more before she goes -- he rebuffs her. He's got too much on his mind; he's got to get them out of the bind they're in. "You're the gay!" she exclaims, in her fetching broken English, and the look on his face is a wonder of delicate comic timing. Statham is sexy all right, with that beefcake-pinup chest, but the sexiest thing about him is what's going on upstairs, and his voice alone is delectable: It sounds like a cat's tongue feels. Statham isn't an actor who coasts, not even in a recklessly enjoyable picture like "Transporter 3." He does the work, so we don't have to: His Frank Martin is the personification of pleasure without guilt.