Barack Obama's national security team is impressive in its diversity and in its excellence. Plus: I debate Christopher Hitchens over Hillary Clinton. 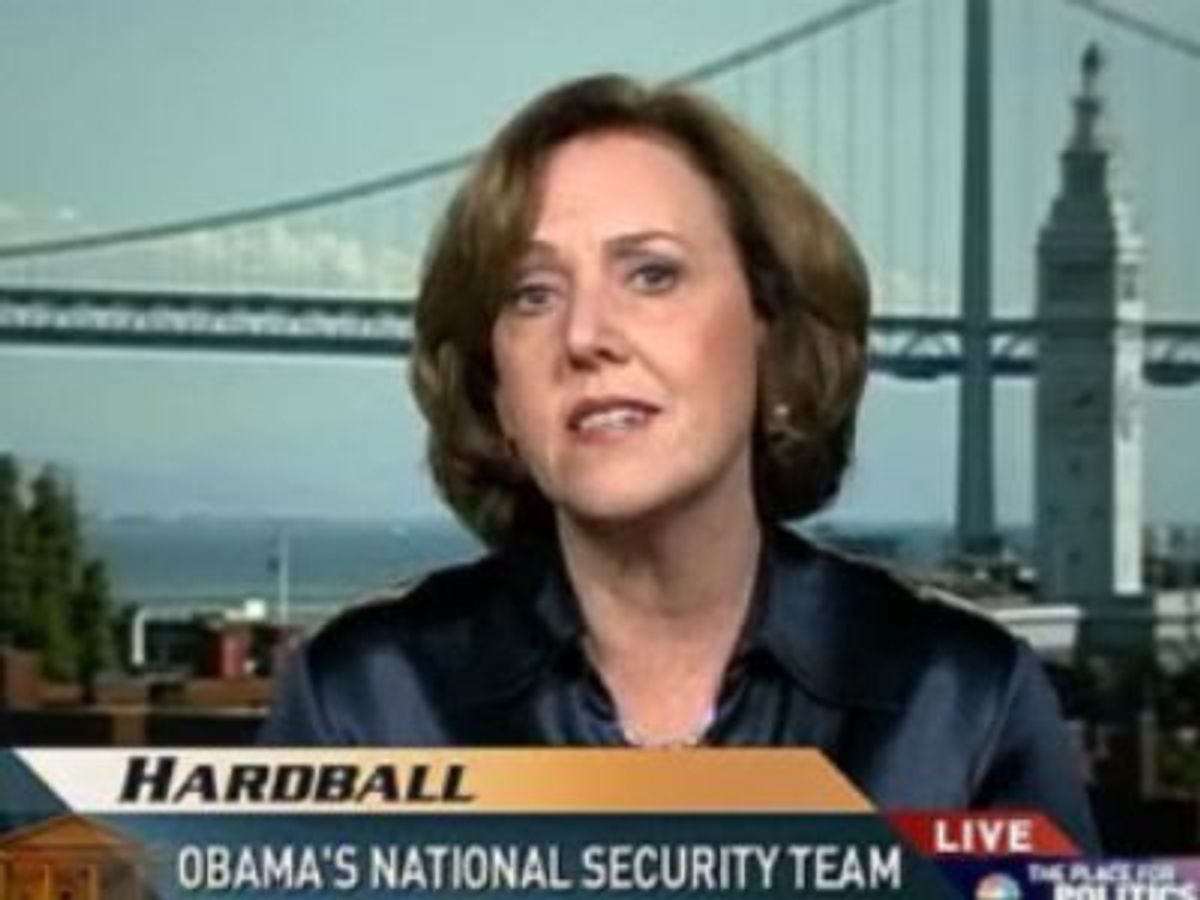 Obama's foreign policy and national security team, formally announced on Monday, was impressive in its genuine diversity. This wasn't faux diversity or tokenism, but a group of people who represent a refreshingly wide spectrum on ideology, gender, race, age and life experience. Three women, three African-Americans, three white men, two Republicans, or perhaps independents. It shows the world that Obama is pulling together a strong team that looks like America, but that his primary value is excellence and competence. He also made clear this now-cliché "team of rivals" will be expected to debate and even clash, but he will make final decisions and set policy.

I think this was a very smart set of moves on Obama's part. You have continuity in Robert Gates (though not continuity in the Iraq mission); you have change in Homeland Security Secretary Janet Napolitano, U.N. Ambassador Susan Rice and Attorney General Eric Holder. Holder and Obama sounded important notes about protecting security while also protecting Americans' freedoms. "The Department of Justice plays a unique role on this team," Holder noted. "It is incumbent on those of us who lead the department to ensure not only that the nation is safe but also that our laws and traditions are respected ... We can and we must ensure that the American people remain secure and that the great constitutional guarantees that define us as a nation are truly valued." I was excited about Holder's statement, and didn't want it to get lost in the hoopla over Hillary Clinton as secretary of state.

This is a team that will protect the nation's military might but bring back diplomacy, global partnership and concern for human rights. They're focused on terror, but also the global inequality that leads to terror. You look at that group onstage Monday, and while you may quibble about one choice or another, it's hard not to think Obama looks like a supremely strong leader to have assembled them.

I've already written about why I think Hillary Clinton is a strong choice for secretary of state. On Monday Obama himself made the point I made on "Hardball" two weeks ago: The foreign policy differences between them are very small, and were exaggerated for political effect during the primary. To the extent that there were differences, she liked to play the experienced hawk, while he was generally more of a voice for diplomacy, of sitting down with dictators, talking to our enemies. She didn't want him sitting down with foreign dictators with no preconditions, so she'll be in charge of setting up those meetings for him. It's a funny symbolism. I assume they'll both be getting some 3 a.m. calls.

I also think we should pay attention to what Obama praised  about Clinton: her discipline and her work ethic. He clearly sees someone who's going to work hard to advance his agenda, which he knows is also her agenda. She cannot succeed if in any way if she undermines him, and they both know that.

And while the Clintons are controversial at home, partly because of their own missteps but also thanks to an industry of professional Clinton haters, they both have a tremendous global reputation and global relationships. They stand for a time when the U.S. was more respected in the world. I think Obama is smart to annex the name and the relationships on his behalf.

I had to debate Christopher Hitchens, Clinton-hater-in-chief, on "Hardball" today. I thought I held my own, but when I watched it I caught many outright falsehoods that I missed, like his calling Saudi Arabia's Wahhabist leadership the "main clientele" of former President Clinton. Hitchens has allowed himself to be deranged by his Clinton hatred, and it's unfortunate to see a smart guy disabled by his own bias.

My bottom line is, if Hitchens is right, and Hillary Clinton is an utterly unqualified political hack who only cares about her political future and her husband's, what does her selection say about Barack Obama? Either he's naive and wimpy, and hasn't availed himself of the superior knowledge of the Clintons that Hitchens claims (or he knows and doesn't care about it); or he knows everything Hitchens does and picked her anyway for craven domestic political reasons: to get the Clintons inside his tent, not outside of it, and to co-opt a potential 2012 rival. That would be more politically venal than almost anything Hitchens accuses Clinton of doing: sacrificing our nation's global diplomatic interests to his domestic political ambitions.

So now Hitchens is extending his baseless charges of corruption against the Clintons to smear Obama. This, of course, makes me admire Obama all the more: He's taken both Clintons inside his tent because he needs them and recognizes their formidable domestic and foreign political and policy skills. He's spending political capital on them, because he thinks they're worth it, and saying a big, polite "up yours" to the Clinton haters who've made a career out of spreading this garbage. Those are my words, not Obama's, of course; he's much more diplomatic.

You can watch my debate with Hitchens here: