With our national fixation on Obama and the White House, it's easy to overlook local results and the real progressive mandate. 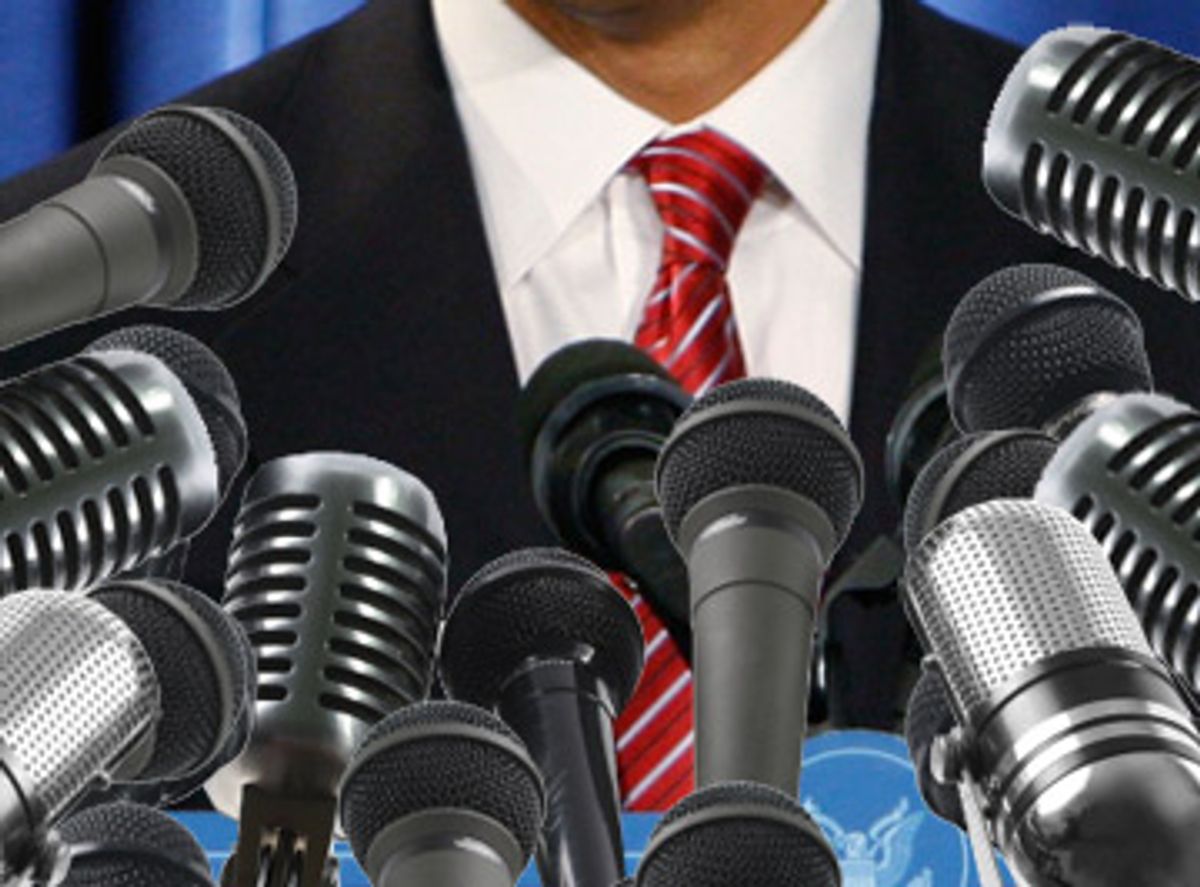 A month after Barack Obama's triumphant victory, we are still celebrating America's only authentic national religion, and it isn't Christianity -- it's presidentialism, the worship of the president as an all-powerful, all-knowing deity who is the only important political actor in our country.

This theology explains why both the public and the press corps seem far more interested in the Obama family dog and the Obama daughters' choice of elementary school than what happened down-ticket on Election Day. In our nation, presidential pooches and prep schools are front-page stories. Local democracy is, at best, filler surrounding classified ads and comic strips.

That said, the Founding Fathers would be happy to know that, though their efforts to constitutionally constrain presidentialism failed, we still go to the trouble of holding non-presidential elections. And those contests could mean as much policy progress as what happens at 1600 Pennsylvania Avenue.

For example, 2008 capped off a stunning string of state legislative victories that leaves one-third of Americans now living in 17 Democratic "trifecta" states -- those where Democrats control the governorship, state House and state Senate. Trifecta-state Democratic legislators and governors now have the unobstructed opportunity to play a pivotal role on everything from setting national energy and health industry standards to addressing rampant wealth inequality.

Chief among these trifecta victories was the one giving Democrats control of New York's government for the first time since the New Deal. The Empire State is home to the financial industry and one of the largest economies in the world, meaning Albany Democrats can make a particularly huge impact with their state laws. They will need to be pushed, though -- and that's where the Working Families Party (WFP) comes in.

The third party, which is organized around a narrow set of populist economic positions, has leveraged its ballot line in New York's fusion voting system to help progressive Democrats win key elections. Because of the party's decisive work in recent campaigns, Democrats "owe a heavy debt to the WFP," as the Albany Times Union reports, and the WFP will be calling in that debt by demanding passage of priorities like a millionaires tax -- a major revenue raiser in a place that domiciles Wall Street. With the party's additionally important 2008 gains in Connecticut and Oregon, the WFP may be the model for a new kind of third-party politics -- one that isn't defined by attention-hungry presidential gadflies, actually does the unglamorous work of local organizing and ultimately wields significant power.

Here out West, the election represented both legislative changes and paradigmatic earthquakes that bode well for the rest of the country.

As the Denver Post reported, Democrat Mark Udall's resounding U.S. Senate victory in the face of Republican Bob Schaffer's relentless criticism of him as a "Boulder liberal" has effectively defanged the entire "liberal" attack in a once reliable GOP stronghold. Additionally, not only did Colorado become the first state in history to elect both a state House and state Senate headed by African-Americans, it saw a grass-roots campaign led by the Colorado Progressive Coalition make it the first state to reject a ballot initiative that has gutted affirmative action and equal pay laws in other locales. According to the Ballot Initiative Strategy Center, that was one of 22 out of 26 national conservative ballot initiatives that went down to defeat in 2008.

These are just some of the structural shifts that happened beneath the Electoral College vote maps wallpapering our church of presidentialism. They may seem obscure, unimportant and small in comparison to the Beltway's palace dramas. But they have set the stage for precisely the kind of nationwide "bottom-up" change that Washington's filibusters and fighting all too often prevent.