The voice that gave me goose bumps 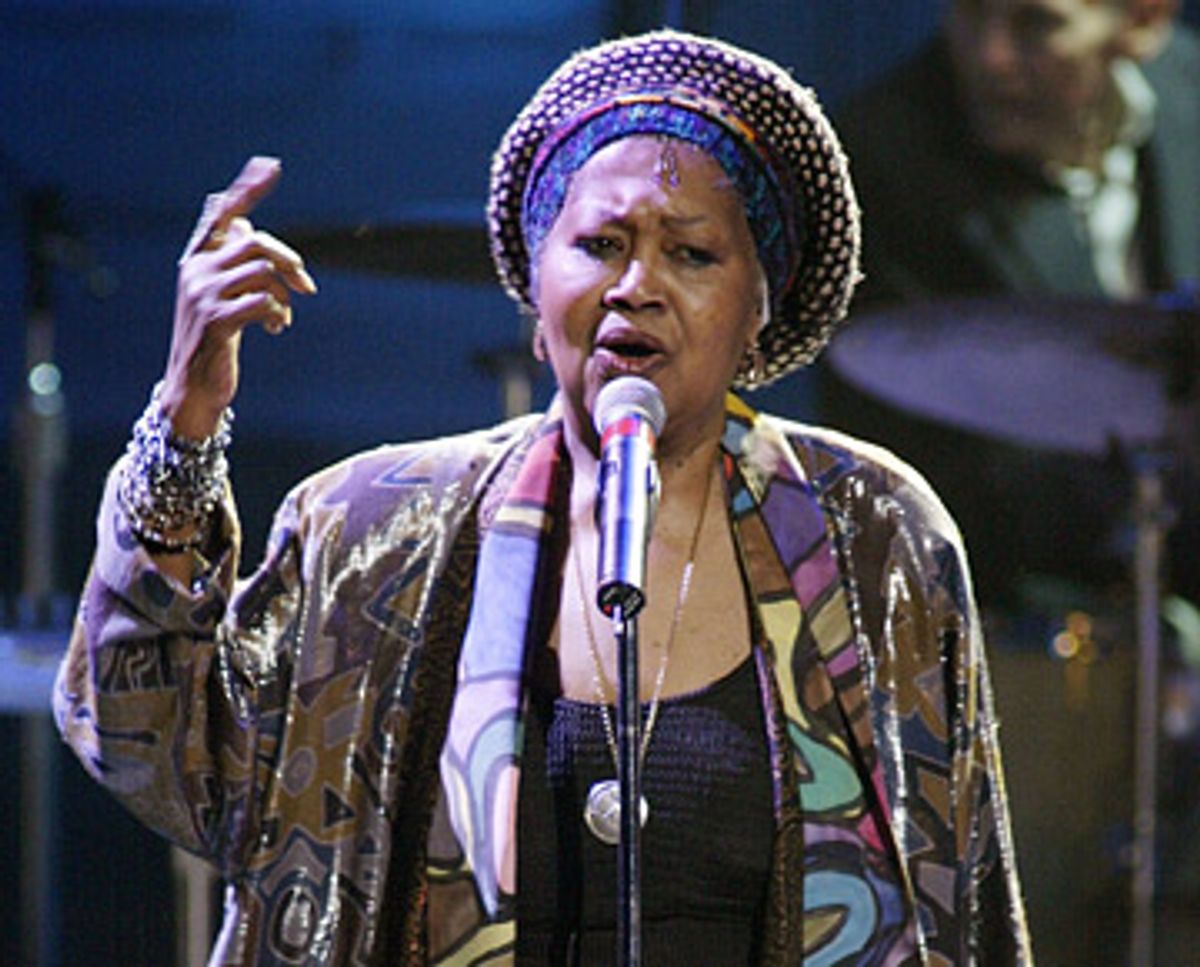 When I learned that folk singer and activist Odetta had died, I had the same reaction as I do when I hear her sing: I got goose bumps.

And I remembered the first and only time I got those goose bumps from hearing her in person, in an uptown recording studio. It was a little over 10 years ago, and I had just moved to Manhattan and met the songwriter Stephin Merritt of the pop band Magnetic Fields. I foolishly told him that I played accordion -- neglecting to add that I did not play it well -- and found myself helplessly agreeing to participate in an ongoing project of his, playing on a song for a collection in which a vocalist would be accompanied by a sole instrument. My battered accordion was to be the instrument. The vocalist was Odetta.

To my nerve-racked dismay, Odetta had agreed to participate on the condition that we record it live in a professional studio, which meant I had to play right in front of her, rather than doing take after take in the privacy of Mr. Merritt’s studio apartment until I got it right. Odetta’s voice had brought me to paralysis when I was doing nothing but listening to one of her records. I could not imagine what would happen. Odetta arrived a little late, in a regal swoop of flowing clothes and bracelets that were surely going to be a problem for the microphones. Mr. Merritt was then largely regarded as a scruffy indie musician, and I was his new, amateur accordionist, which made me 10 times scruffier. I had learned the song as best I could, but I was nervous, aware that I was in way over my head and that the clock was ticking. Odetta was imperious and a little brusque, dismissing some coaching from Mr. Merritt’s manager and her own -- and sending the engineer from the room. But then she sat down, looked at the songwriter and me, and gently told us what the song was about.

She shared a story of two soldiers, both black and both gay, during the Second World War, a story scarcely to be found from the lyrics of the song and completely unknown to the man who had written them. The story was a little odd and a little sad, but her voice sold it, with patience, resonance and a quiver that implied the great ache of the world and the wisdom it takes to navigate it. The tenor of the room changed, and our confusion and resistance got misty. We also got misty. The story, while she told it, became true.

And then she started to sing.

If you listen to this recording -- “Waltzing Me All the Way Home,” from the 6ths album "Hyacinths and Thistles," the second of two takes -- you can hear the squeaks of my wheezy accordion, held together with duct tape, and some nervous fumbling in the chords as I prayed I wouldn’t screw it up. But that’s not (I hope) what you’ll be listening to. What you’ll really hear is Odetta's voice, rich and strange, doing what it did for more than 50 years: finding a narrative -- in an old song or a political struggle -- and bringing it to people who needed to hear it, using her voice to sell a story to people who didn’t even know that it was there, and giving them goose bumps as they heard what she had to say.