In a new column for the Wall Street Journal, the Clinton pollster shares a stunning insight: The down economy is scaring baby boomers. 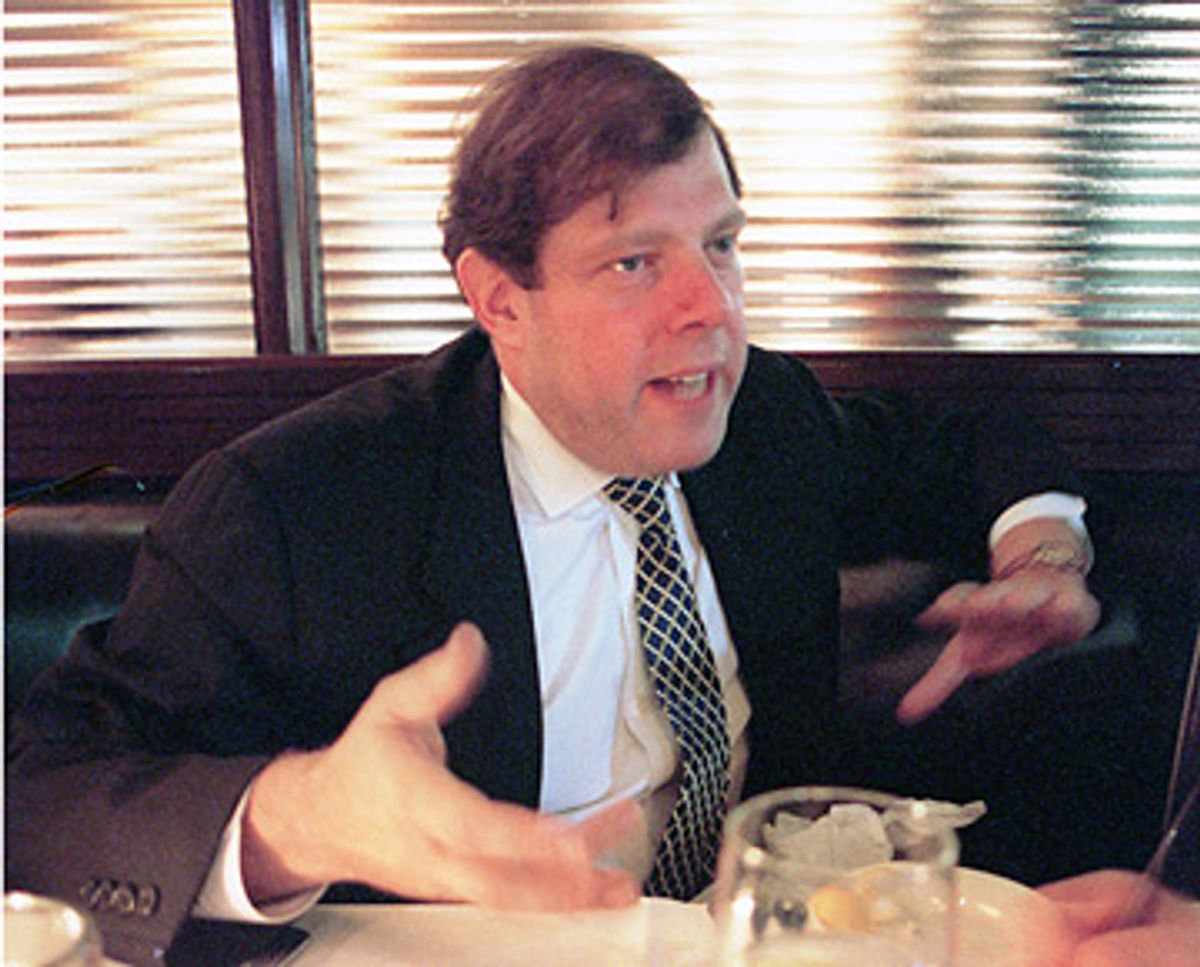 "Cash is the new plastic," Mark Penn tells us in his debut column for the Wall Street Journal -- because in a scary economy, consumers are suddenly frightened by their credit cards. The column is a spinoff from his recent book, "Microtrends," in which the infamous pollster, fresh from Clinton-campaign ignominy, promises to dazzle us with his wisdom on "small, under-the-radar patterns of behavior which take on real power when propelled by modern communications and an increasingly independent-minded population."

The microtrend of the moment, declares Penn, is "The New Mattress Stuffer."

These are people who have lost their faith in the housing market, the stock market, their bank, their big corporate employer, their auto company, and their last president. What is left but themselves?

Actually stuffing cash in your mattress is passé, however. The New Mattress Stuffers are buying safes, gold coins and guns, searching for certainty in these harrowing times.

(I thought gun sales were up because conservatives were afraid President Obama would take away their hunting rifles. But Mark Penn says it's because of the bad economy. Show us the polling data, Mark!)

Even in a down economy, suggests Penn, there are business opportunities for those who can figure out how to cater to all the baby boomers whose imploding retirement funds have flung them into "strange and uncharted territory."

To take advantage of these trends, some of the dying post offices might want to open spots for safe deposit boxes instead of P.O. boxes. Investment advisers may start talking about return of your money instead of return on your money. And jewelers may start to tell you to "don't forget to stash away a diamond or two."

If columns like these are a sample of the kind of advice that Penn offered Hillary Clinton over the past couple of years, then it isn't hard to understand why her campaign ultimately foundered. Penn's conceit is that there is something novel and insightful to be gained from an early identification of a new microtrend. When, in fact, the reality that consumers are pulling back from credit and feeling insecure about their financial future in the face of a devastating economy is a) hardly "micro" and b) utterly predictable. Even worse, in no way do "The New Mattress Stuffers" fit into Penn's own razzle-dazzle definition of what a "microtrend" is supposed to be. They are not under the radar, the spread of modern communications has nothing to do with their surfeit of caution, and far from being an example of an "independent-minded population," they are, instead, an obvious mass phenomenon. Everyone in the U.S stopped buying cars in October and November, in a display of consumer unanimity unprecedented in my lifetime.

Here's what Mark Penn has to offer: conventional wisdom with a high price tag. Guess what, Mark? In a down economy, nobody is going to buy it.