We all live in Las Vegas now

Will we finally accept the public policy and lifestyle changes that the real world now requires? Or will "Viva Las Vegas" always be America's motto? 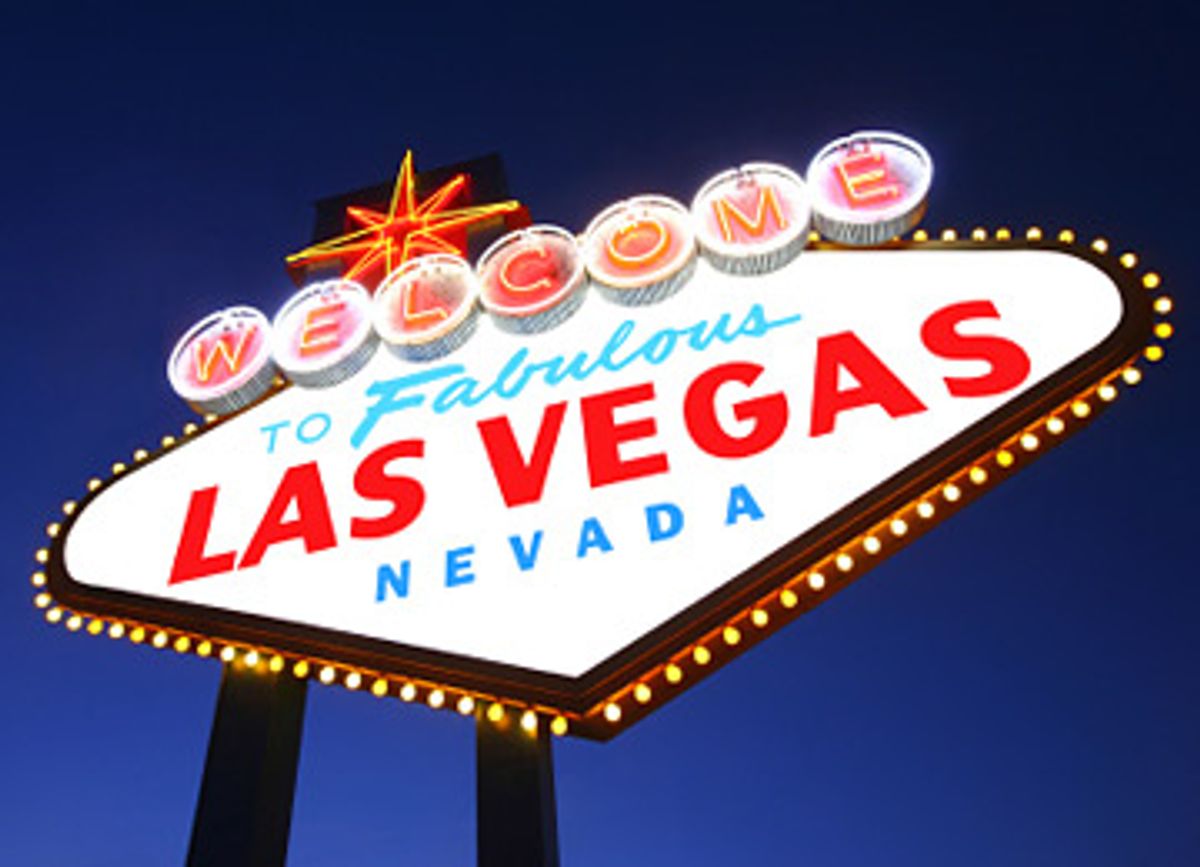 There is something especially unsettling about visiting Las Vegas these days -- and it is not the town’s lascivious culture. A voyage to Sin City in this moment of ecological and economic crisis is a journey to a giant concave mirror reflecting back the magnified -- and ugly -- truths about this epoch of cataclysmic consumption and hubristic hedonism.

Like most flights into Vegas, mine last week soared over a shrinking Lake Mead. Visually, the white strip around the man-made reservoir is beautiful -- the bright chalk line separating the blue water from the red-brown desert evokes memories of a Bob Ross pastel painting minus "happy trees." But it is a menacing harbinger of depletion. This water source for 22 million people is at its lowest level since the 1960s. Strained by the Southwest's population explosion and by drought-accelerating climate change, the lake now stands a 50 percent chance of running dry by 2021, according to scientists.

As the plane descends, Vegas comes up on the horizon faster than ever. As one of the country's quickest growing locales, it has become a massive blob suffocating a fragile ecosystem. Sans urban planning in the libertarian West, that unbridled growth encourages more roads, cars and smog.

At least McCarran Airport is only a short ride to the city's core, but that is the most troubling area of all. Recently recast as a family-friendly Disneyland, downtown Vegas nonetheless retains its identity as the place where a recession-plagued country gambles away its dwindling paycheck.

Vegas' colorful lights are supposed to be the "enjoyment" for those who inevitably lose at the slot machines. But with each twinkle the atmosphere warms. Despite advances in clean energy, electricity is still primarily produced with carbon-emitting sources that drive global warming. Indeed, the blinding Strip that prompts tourists' drunken cheers is a monument to the same gluttony that helped make Nevada the fastest-growing emitter of carbon dioxide in the country.

Sure, Vegas boasts of renewable power investments and energy-saving light bulbs. But bragging about such efforts rather than simply shutting stuff off is as silly as Arnold Schwarzenegger trumpeting his supposed commitment to environmentalism by pledging to make one of his Hummers more fuel efficient.

That period, of course, has been supplanted by the Age of the Finite. And to its (few) sober visitors, Vegas implicitly asks whether our whole society is genuinely ready for that new reality.

Whether hanging Christmas lights in Toledo, buying SUVs in Boulder, taking long showers in Atlanta, residing in sprawly suburbs near Chicago, or overspending anywhere, we are all Las Vegans now. And because we have become so environmentally and economically interconnected, what happens in our own Vegas no longer stays in our own Vegas -- it affects everyone.

Knowing that, are we ready to turn off some lights in our homes? Is it possible for Americans to forfeit McMansion dreams, drive smaller cars, take public transit, embrace water restrictions, or live in more sustainable geographies? Can we resist materialism, halt the bone-crushing stampedes to Wal-Mart, and stop needlessly spending beyond our means?

In other words, will we finally accept the public policy and lifestyle changes that the real world now requires? Or will "Viva Las Vegas" always be America's motto?