An upcoming PBS doc traces the bickering Beale women of Albert and David Maysles' 1975 cult hit from their squalid Hamptons mansion to the bright lights of Broadway. 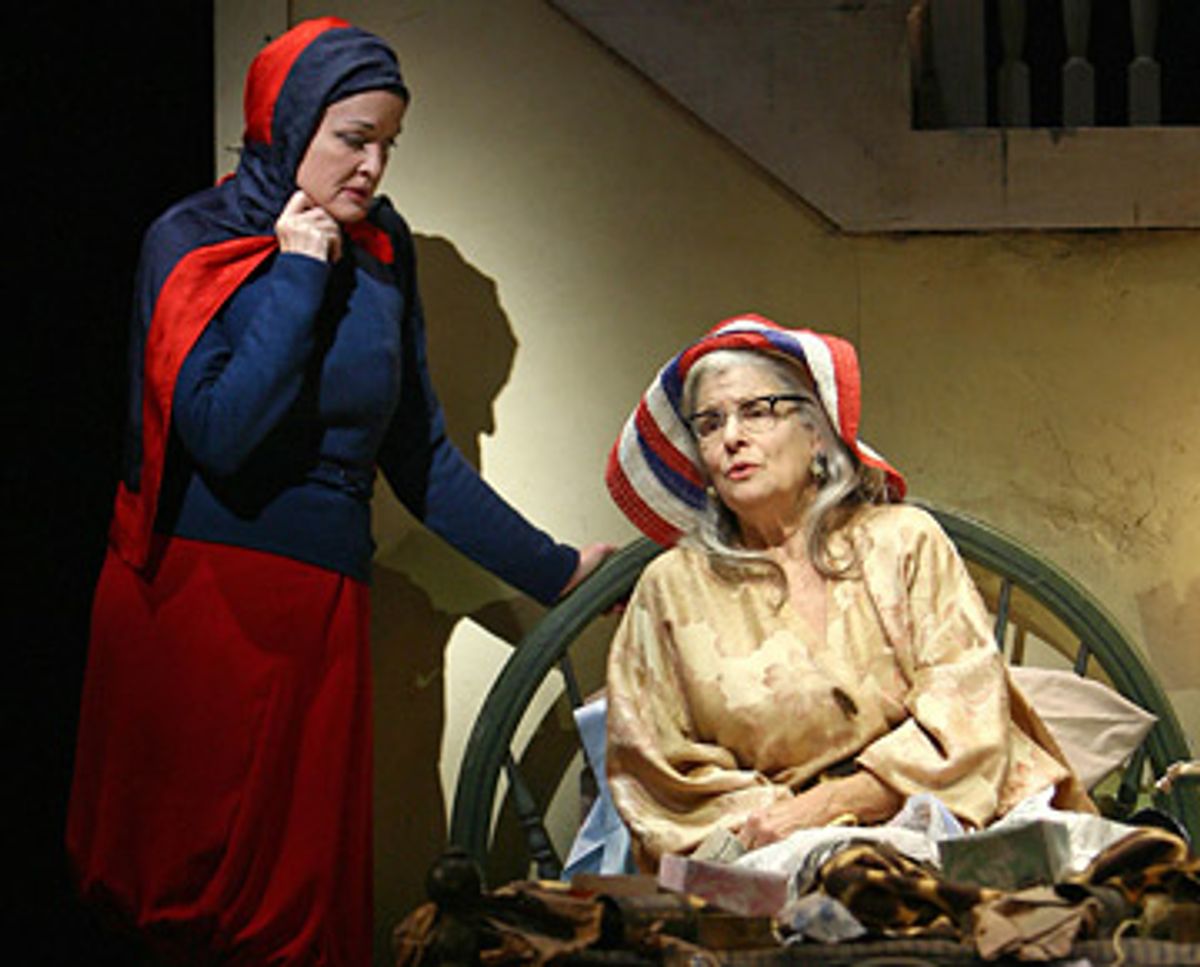 Describing the film "Grey Gardens" as a cult sensation is like calling "Star Wars" a popular science fiction movie. While not everyone has seen Albert and David Maysles' 1975 examination of the lives of Jacqueline Kennedy Onassis' aunt and cousin, who cohabited for years among raccoons and stray cats in a ramshackle mansion in the Hamptons, the people who have seen it just can't shut up about it. They love that movie, absolutely love it! They can quote from it at length! They dressed up as "Little Edie" last Halloween!

Not surprisingly, the creative team that set out to turn "Grey Gardens" into a Broadway musical were faced with a daunting task. "This had to be challenging, because the people who really are avid fans of this movie know every frame of it," says Michael Musto, a longtime columnist for the Village Voice, who's interviewed in the upcoming Independent Lens documentary "Grey Gardens: From East Hampton to Broadway " (10 p.m. Tuesday, Dec. 23). "It's like a 'Rocky Horror' caliber of viewer-actor relationship."

But playwright Doug Wright, composer Scott Frankel and lyricist Michael Korie were excited by the prospect of adapting the documentary for the stage. Korie says that the film made sense as a musical, because it was "almost like a Tennessee Williams meets John Waters play; it was very theatrical, even though it was real." Instead of setting the entire musical during the same time period as the film, the collaborators chose to imagine Edith "Big Edie" Bouvier Beale and Edith "Little Edie" Bouvier Beale in their younger lives for the first act, then to shift to the mother-daughter duo that we know from the documentary in the second act, clad in odd costumes, singing old songs, bickering fiercely and living in squalor.

Despite the harsh words between the Edies in the film, Albert Maysles cautioned the show's writers, "You should remember this is a mother-daughter love story." The collaborators clearly took his advice; one duet from the musical that's featured in the documentary, called "Peas in a Pod," sounds almost like a love song.

Big Edie and Little Edie certainly would've approved. But were they happy with the way the 1975 film depicted them? After all, there they are in scene after scene, Big Edie braless and disheveled, glasses askew, hair a wreck, telling Little Edie that her singing voice is all wrong, with Little Edie prancing around and crooning, only to stop and rattle off a litany of regrets about how she never used those years and years of French instruction, or how she could've married so many different suitors, way back when.

Apparently, though, Little Edie was an outspoken supporter of the film, even when others claimed that the Maysles had taken advantage of the pair. After first viewing the final film, Albert Maysles reports that Little Edie shouted, "The Maysles have created a classic!"

How right she was. Unfortunately, though, this PBS documentary sometimes feels like a one-hour infomercial for the musical. We hear about how composer Scott Frankel told his agent, "This has to happen for me!"; we learn how nervous Frankel was as the curtain rose the first time; we see producer Lou Gonda reading the glowing New York Times review of the musical at the opening night party. (The musical, which ran from November 2006 to July 2007, received 10 Tony nominations and three Tony Awards, including a best performance by a leading actress in a musical award for Christine Ebersole, who played Big Edie in the first act and Little Edie in the second.)

Even so, longtime fans of the Maysles’ documentary will appreciate the chance to revisit what made that odd little film so unforgettable, and to reflect on the lives of the Beales after all this time. "Over the years I've wrestled with trying to come to an understanding of, first of all, how they came to be recluses," says Albert Maysles, "and I've come to the conclusion that, as Bouviers, as part of American aristocracy, they couldn't really be themselves, and the only way to do so would be as recluses. The film was their opportunity to be themselves, and at the same time, to be part of the world."