Did you hear FDR prolonged the Great Depression? 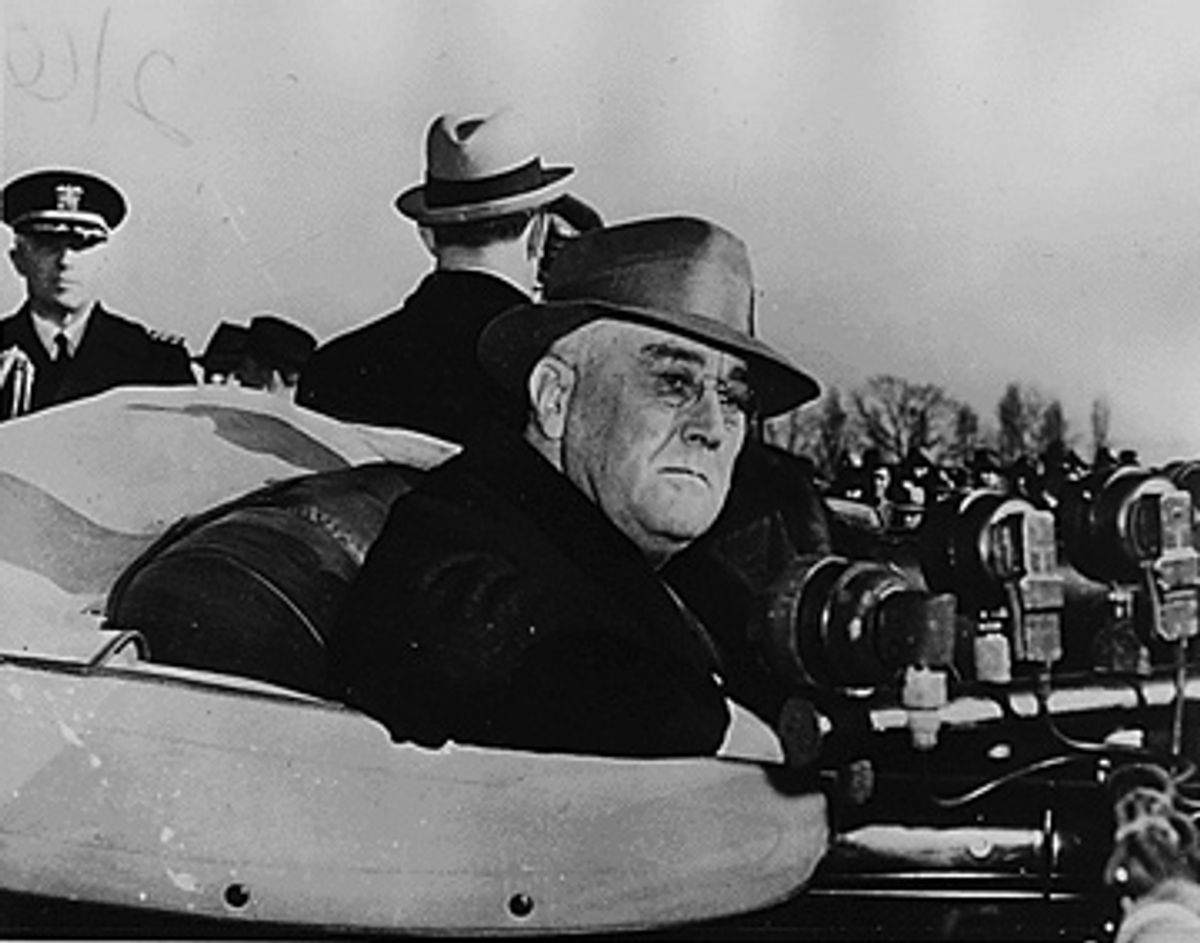 If you're like me, you sometimes find yourself speechless when confronted with abject insanity.

If you're like me, for instance, you were dumbfounded when "Forrest Gump" beat out "Pulp Fiction" for best picture; when HBO's "Sopranos" received more accolades than "The Wire"; and when George W. Bush insisted Iraqi airplanes were about to drop WMD on American cities.

So if you're like me, you probably understand why I was momentarily tongue-tied last week after running face-first into conservatives' newest (and most ridiculous) talking point: the one designed to stop Congress from passing an economic stimulus package.

During a Christmas Eve appearance on Fox News, I pointed out that most mainstream economists believe the government must boost the economy with deficit spending. That's when conservative pundit Monica Crowley said we should instead limit such spending because President Franklin Roosevelt's "massive government intervention actually prolonged the Great Depression." Fox News anchor Gregg Jarrett eagerly concurred, saying "historians pretty much agree on that."

Of course, I had recently heard snippets of this silly argument; right-wing pundits are repeating it everywhere these days. But I had never heard it articulated in such preposterous terms, so my initial reaction was paralysis, the mouth-agape, deer-in-the-headlights kind. Only after collecting myself did I say that such assertions about the New Deal were absurd. But then I was laughed at, as if it was hilarious to say that the New Deal did anything but exacerbate the Depression.

Afterward, suffering pangs of self-doubt, I wondered whether I and most of the country were the crazy ones. Sure, the vast majority of Americans think the New Deal worked well. But are conservatives right? Did the New Deal's "massive government intervention prolong the Great Depression?"

On deeper examination, I discovered that the right bases its New Deal revisionism on the short-lived recession in a year straddling 1937 and 1938. But that was four years into Roosevelt's term -- four years marked by spectacular economic growth. Additionally, the fleeting decline happened not because of the New Deal's spending programs, but because Roosevelt momentarily listened to conservatives and backed off them. As Nobel-winning economist Paul Krugman notes, in 1937-38, FDR "was persuaded to balance the budget" and "cut spending and the economy went back down again."

To be sure, you can credibly argue that the New Deal had its share of problems. But overall, the numbers prove it helped -- rather than hurt -- the macroeconomy. "Excepting 1937-1938, unemployment fell each year of Roosevelt's first two terms [while] the U.S. economy grew at average annual growth rates of 9 percent to 10 percent," writes University of California historian Eric Rauchway.

What about the New Deal's most "massive government intervention" -- its financial regulations? Did they prolong the Great Depression in ways the official data didn't detect?

According to Federal Reserve chairman Ben Bernanke, "Only with the New Deal's rehabilitation of the financial system in 1933-35 did the economy begin its slow emergence from the Great Depression." In fact, even famed conservative economist Milton Friedman admitted that the New Deal's Federal Deposit Insurance Corp. was "the structural change most conducive to monetary stability since ... the Civil War."

OK -- if the verifiable evidence proves the New Deal did not prolong the Depression, what about historians -- do they "pretty much agree" on the opposite?

As Newsweek's Daniel Gross reports, "One would be very hard-pressed to find a serious professional historian who believes that the New Deal prolonged the Depression."

But that's the critical point I somehow forgot last week, the truism we must all remember in 2009: As conservatives try to obstruct a new New Deal, they're not making any arguments that are remotely serious.