PBS's Frontline documentary "The Old Man and the Storm" tells a tale of adversity triumphing over one ordinary man. 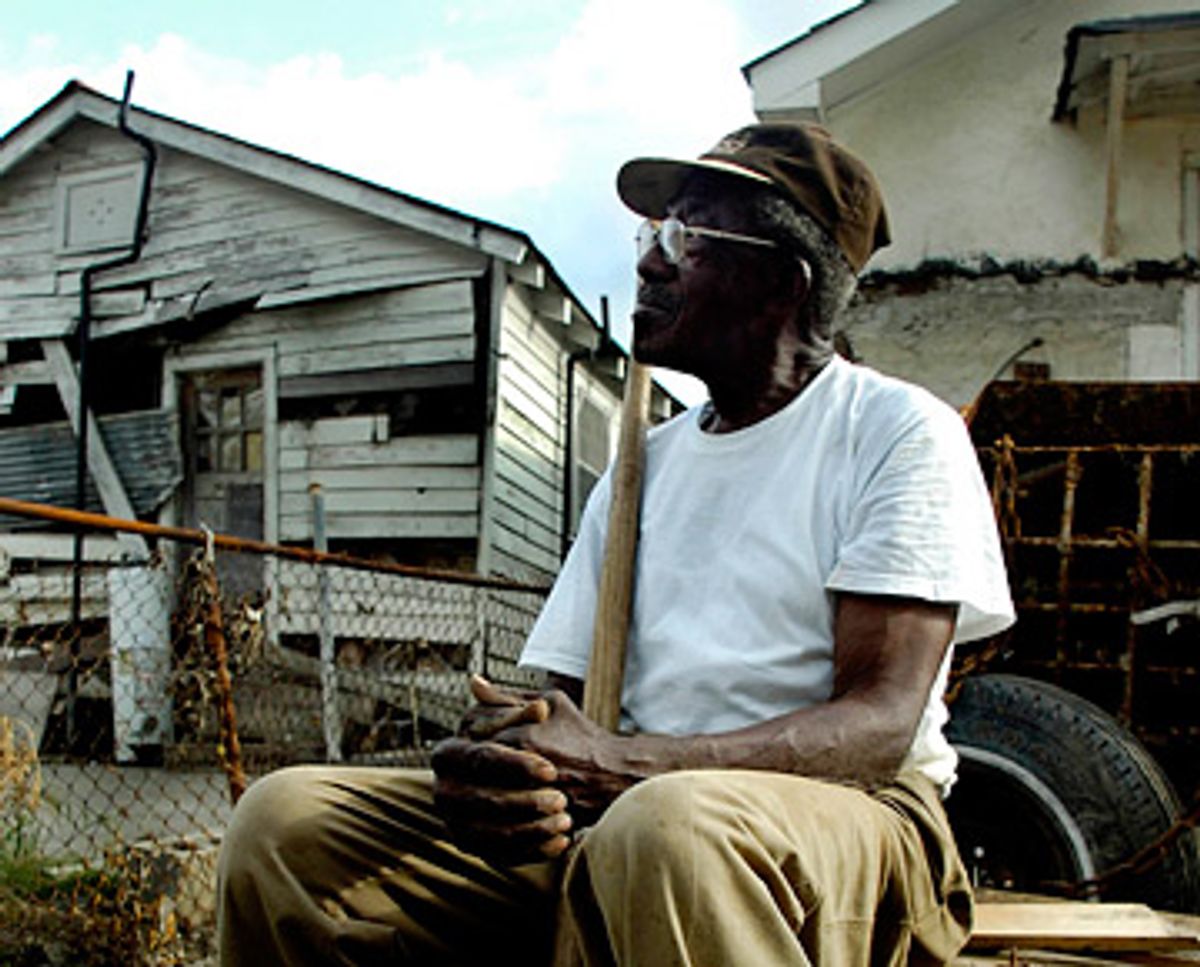 "Why am I back here? Man, I'm back here trying to clear my place up. It took me too long and I worked too hard to build what I have here to just pick up and leave like that."­ -- Herbert Gettridge

After Hurricane Katrina hit New Orleans in August of 2005, all 82-year-old Herbert Gettridge could think about was returning home again. He watched the devastation from the safety of his daughter Cheryl's house in Madison, Wis., straining his eyes for a glimpse of his own house all the while.

"He was outta his mind, worried about when he was gonna be able to get back to the house,"  Cheryl told the filmmakers behind Frontline's "The Old Man and the Storm" (premieres at 9 p.m. Tuesday, Jan. 6, on PBS; check local listings). At first glance, the documentary looks like another uplifting, ultimately hopeful story about how Hurricane Katrina laid bare one man's will to persevere against all odds.

Sadly, though, Gettridge's experience is anything but positive. First there's the heart-wrenching discovery that his house has been all but destroyed by floodwaters. Even so, Gettridge gets to work, living without electricity, drinkable water or a bed. His wife is still in Wisconsin and longs to be home with him, but the house isn't ready for her yet, and since she's in poor health, it makes more sense for her to stay with her daughter.

As the months roll by, few of Gettridge's neighbors return to the neighborhood, because few can afford to come back and rebuild. Where he was once surrounded by his family, several generations all living within a few blocks of each other, Gettridge now finds himself alone, his seven kids and dozens of grandchildren and great grandchildren scattered across the country and hesitant to return to New Orleans, given the destruction and the lack of opportunities waiting for them there.

While several charities help Gettridge to rebuild, his homeowner's insurance doesn't pay nearly the amount it promised to pay on his policies. Then there were the empty promises of city, state and federal aid. The Bush administration claimed that it would "do what it takes" and "stay as long as it takes" to help residents rebuild their lives, but those initiatives ran aground. Despite the Road Home program's pledge to help underinsured homeowners rebuild their homes, by the end of 2007, over 100,000 homeowners had applied for assistance but fewer than 500 had received a check.

Two years after the storm, Gettridge's house is finally in livable shape, and his wife, Lydia, returns home. But this isn't the Oprah-style Katrina homecoming we've come to expect, replete with brand-new throw pillows placed at jaunty angles on the couch by plucky interior designer Nate Berkus. No, this is Frontline, the Debbie Downer of documentary series. Instead of smiles and tears of joy, we see Lydia bewildered by the changes in her home.

"I don't like the smell," she says, and then remarks that the house is way too hot. Gettridge tries to cheer her up with a little flattery, saying, "You lookin' like sweet 16!" meaning she's just as pretty as she was when they were younger.

"I know better than that," Lydia grumbles. "I ain't buyin' that stuff."

As uncomfortable as these moments are to watch, they provide an unvarnished look at the reality of life in New Orleans, as those in the Ninth Ward and elsewhere continue to struggle in Katrina's wake after the rest of the world has moved on.

Despite all of the valiant promises by Bush, FEMA, the state of Louisiana and the city of New Orleans, men and women like Gettridge and his wife and their extended families have been torn apart. "The Old Man and the Storm" reveals how many of the city's underinsured residents have received little or no help in getting back on their feet and bringing their families back together. This documentary is the crashing denouement to the uplifting, tear-jerking feel-good Sundance documentary "Trouble the Water." Three years after Katrina, these residents' lives are still in shambles, and no amount of individual hard work and hope and determination could change that fact.

Gettridge himself seems to be struggling with this hard truth as the film closes. When asked if he'd do it all again, his answer isn't one of a hero. It's the answer of a tired old man who feels defeated by forces far bigger than himself.

"I'm kind of skeptical about that now. Once upon a time, I could answer that question in a split second for you. I can't do that now."