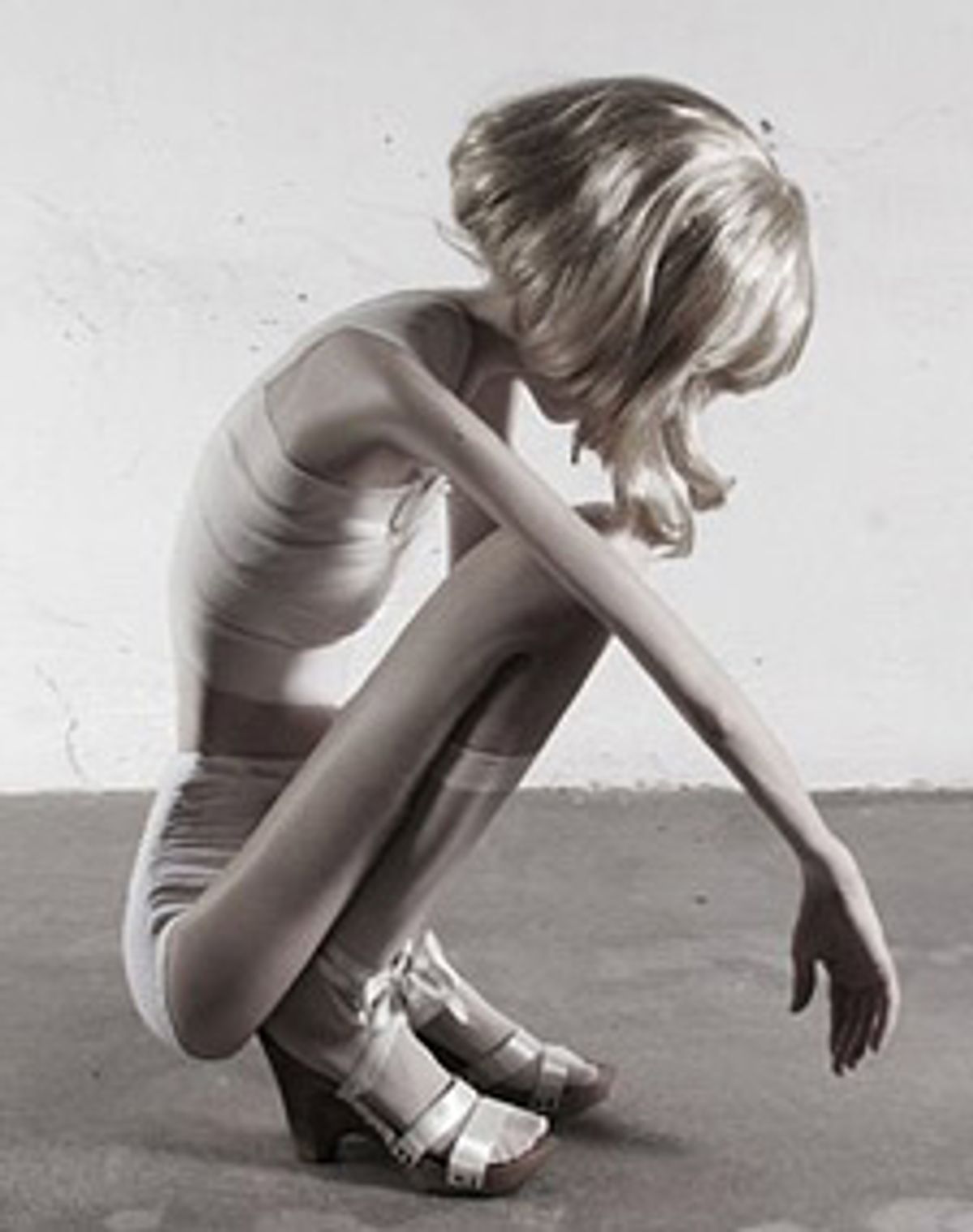 Photographer Ivonne Thein's latest exhibit shows literally bone-thin women in contorted high-fashion poses. They are all sharp angles, resembling geometric shapes rather than human beings. A model is pictured posing on her elbows and knees; it seems impossible that her toothpick limbs could support her body weight, slight as it may be. In another shot, a woman is captured leaping in midair; her twiglike legs seem sure to snap upon landing.

There's a reason these living, breathing, leaping images seem so impossible: they are. Thein digitally altered images of healthy models to make them look severely emaciated. She came up with the idea for the exhibit, titled "Thirty-Two Kilos" (roughly 70 pounds),  after discovering the existence of pro-anorexia Web sites, which encourage girls and women to share extreme weight loss tips and "thinspiration," often in the form of photos of emaciated fashion models.

Al Miner, a curator at the Smithsonian's Hirshhorn Museum and Sculpture Garden, told the Washington Post, "It's clear that she's mocking or appropriating poses that we see in edgier haute couture editorial work. ... The poses are a reminder that they're a critique of the fashion industry and not just weight loss." Interestingly (and appropriately) enough, Thein formerly shot commercial fashion photography. She says she wants to make clear that she's taking "a critical position" and doesn't want to "glamorize anorexia."

Except, ironically predictably, the very pro-ana sites that inspired this critical commentary have reclaimed it as "thinspiration." The Post shares a sampling of the online comments the photos triggered:

"Those pics are so, so beautiful! I want to look like them! They look so fragil [sic] and like an angel."

"I still think that some of the models have a big ass. How distorted am I?"

Of course, if real-life, undoctored images of "thinspiration" don't read to pro-ana members as shocking or disturbing, this exhibit wouldn't either.

Everyone will have their own immediate reaction to the shots, but mine focused on the couple of photos that failed to appropriately shock me because they look so similar to the usual high-fashion fare. It's hard not to compare Thein's patently fake and absurd images with the more believable and familiar ones; it forces you to recognize their sick proximity. That just might be the most startling, and effective, thing about the exhibit.