Obama: "A clean break from a troubled past"

The president-elect makes his case to the nation for immediate action on the economy. Let's hope Senate Republicans were listening. 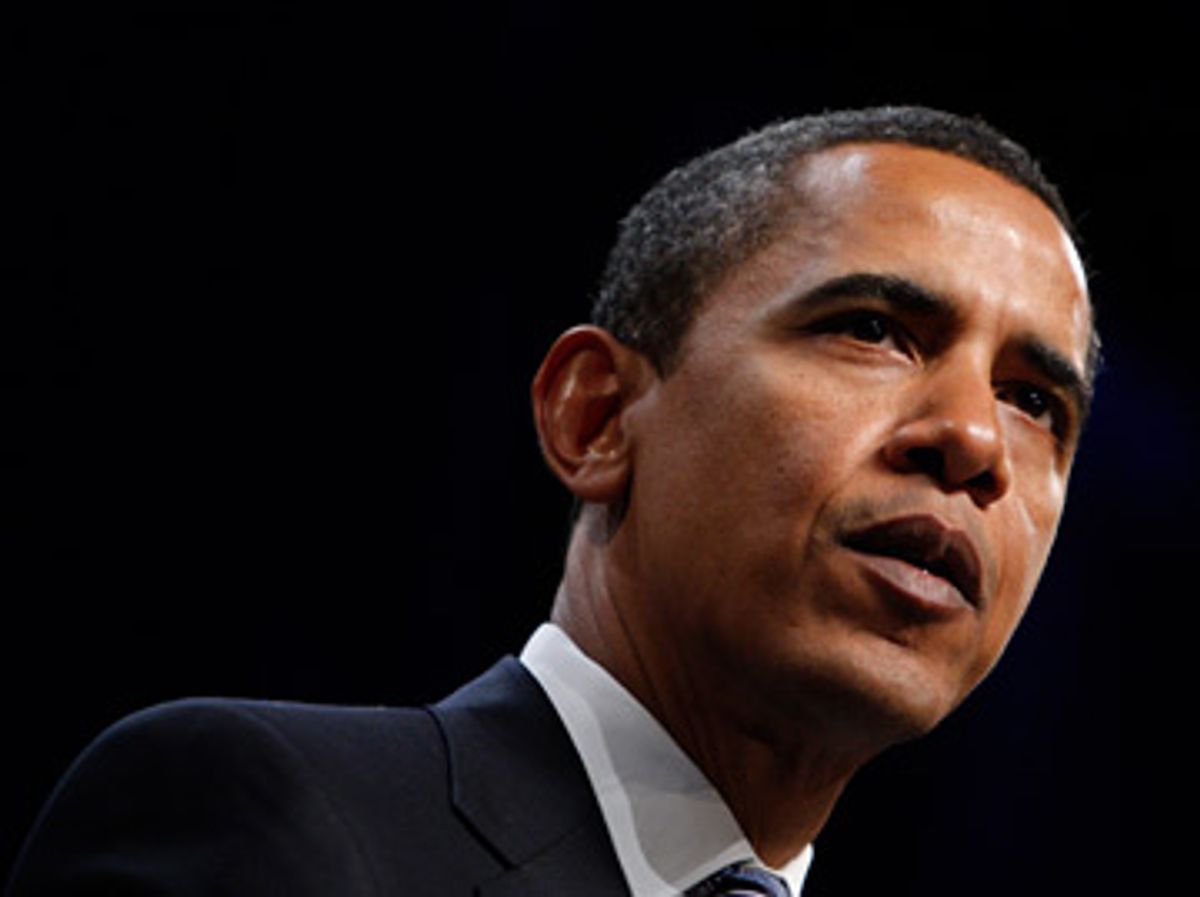 Every American, Barack Obama said in his "major speech on the economy" Thursday morning, should "not ask what's good for me, but what's good for the country." While the phrasing didn't quite capture the ring of John F. Kennedy's "ask not what your country can do for you, but what you can do for your country" -- the message was similar: It's time for everyone to pull together, for the sake of our common good.

Obama's speech was long on rhetoric familiar from the campaign stump and short on details of what he now calls his "American Recovery and Reinvestment Plan." In that sense, the address was disappointing. We all know that Obama can talk the talk, but today, 12 days before the president-elect takes office, we are hungering for more than promises -- we want meat and bones.

Obama did tout his tax cut -- "a thousand dollar check for 95 percent of working families" -- and he reiterated his familiar vows to rebuild crumbling roads and schools, invest in energy efficiency and put medical records online. He also promised to double the production of alternative energy in three years and said he would help states struggling with budget shortfalls. But he came to George Mason University today not to tell us about the plan, but to make a strong case for the plan.

You might think that most of us don't need a case made for government action at this juncture in time. But "we" -- the people -- weren't the target audience for this speech. Obama is a master of selective emphasis and enunciation, and nowhere did his tone become more firm or his brow more determined than when he said the word "Congress." And by "Congress" I suspect what he really meant was "the Republican caucus in the Senate."

After what Obama called "an era of profound irresponsibility" the United States is now in a "bad situation that could become dramatically worse." Only government, he emphasized, can "break the cycle that is crippling our economy." He called on legislators from both parties to join him and his economic team in working around the clock and on weekends to pass his recovery plan. Left unstated was a simple, but unmistakable message: If you don't help my administration pass a recovery plan in a timely fashion, then you are working against the best interests of your country at a time of great economic peril.

The ball is now in Senate Minority Leader Mitch McConnell's court. Barack Obama didn't say much that was new or surprising, but he did make it crystal clear that he intends to take immediate action to address our economic problems. He presented himself as the responsible grown-up, come to clean up the mess created by irresponsible toddlers. If Republican senators start throwing up roadblocks left and right, it won't be hard at all for him to address the nation once again, this time as president, and start pointing fingers.