Economists Jeff Madrick, Dean Baker and James Hamilton talk about how President-elect Obama should proceed with his stimulus plan. 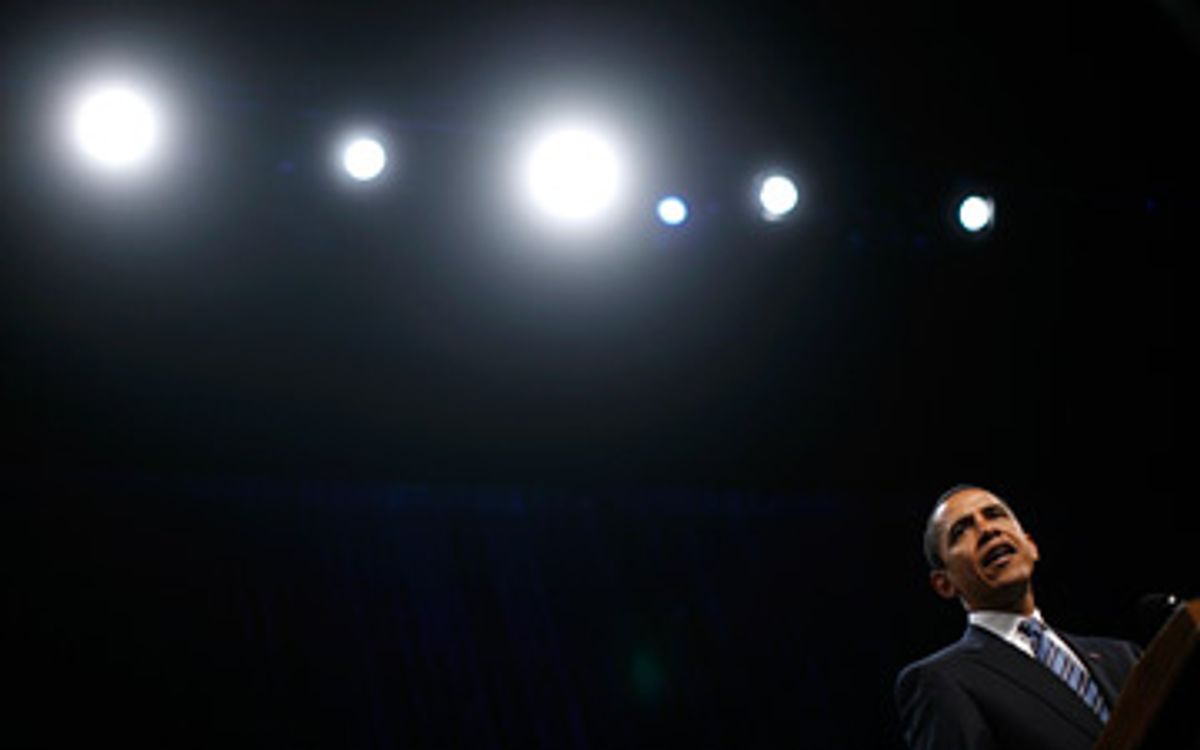 Infrastructure and green investment should be a central part of the Obama stimulus program. It will provide early spending to raise the nation's demand in a time when that is being undermined by lost jobs, more savings by consumers, and the famed wealth effect that reduces consumption with the loss of more than ten trillion dollars in wealth in houses and stocks. It will also create good domestic jobs and improve the long-term productivity of the economy. This is a triple play.

But it is most important that these efforts be coordinated both regionally and nationally. Infrastructure is by and large run by state and local governments, whose tills put up most of the money. The federal government is critical but not the main player. What complicates matters is that transportation and energy infrastructure usually affects at minimum a region, not just a city or state.

The academic research on balance shows positive returns to infrastructure investment, but not overwhelming returns. Why is that? I think it is because infrastructure spending has been so badly planned for years. It is a hodgepodge of well-meaning and often not so well-meaning efforts, mostly dominated by highways and uncoordinated with energy, housing and city planning. Just because localities have projects ready to start right away is not adequate justification for the federal government to supply funding for them. Yet too many lawmakers, including progressive ones, have encouraged us to do this.

In coordinating infrastructure across regions and the nation in general, America needs a new philosophy that raises to a priority both economic and energy efficiency. Simply building more and better roads to the exurbs is not the right approach. I believe this avenue to America's future -- the analogy of the Eisenhower interstate highway system -- is a dead end.

We now must reduce our commuting and driving time. This means mass transit and different kinds of housing subsidies. We must make our new communities energy effective by building energy-efficient buildings and changing over those we now have. We must invest in new technologies.

Overall, this will require agglomerating America, for lack of a better way of putting it. The great American desire to locate farther away from metropolitan areas should be discouraged by federal policy, the desire to live closer to an urban area encouraged.

It is imperative to organize and coordinate infrastructure and energy investment, not to finance it piecemeal. My personal dream is to merge the departments of energy and transportation, and incorporate some duties of HUD.

It is also imperative for Obama to teach America that government can work, or the benefits of his election will have been wasted. Stepping back and coordinating under a true, well-conceived national policy is a way to do that.

First, it is important to recognize that the economy needs a very large stimulus, probably on the order of $500 to $600 billion a year over the next two years. Therefore, we can and must think big.

Effective stimulus must be spent quickly. It should help to ameliorate the pain of the downturn, and ideally have lasting benefits for the economy. Aid to state and local governments figures prominently in the spend quickly and ameliorate the pain categories. These governments are laying off workers and making cuts in needed services because the recession has led to plunging revenues. Large-scale revenue sharing can prevent these cuts, which would be a serious drag on the economy.

There are also categories of transfer payments, such as extended unemployment insurance benefits and increased funding for food stamps and energy assistance, that are also effective stimulus. This money will be quickly spent, boosting demand in the economy.

President Obama can also use the stimulus to jump-start healthcare reform. Coverage can initially be extended through a system of generous tax credits for employers who extend coverage to previously uncovered workers. Employers who already provide coverage can be given incentives to make their coverage more generous. Over time the subsidies can be restructured as the income-based subsidies in the plan that Obama proposed during his campaign.

As part of this plan, Obama should open up the Medicare system to all workers and employers. This public sector plan, coupled with rules prohibiting discrimination based on pre-existing conditions, will ensure that everyone will have access to a good healthcare plan. It also provides an effective mechanism for cost control.

Spending on infrastructure should consider both the extent to which it can be carried through quickly and also its long-term benefits. There are a number of maintenance and repair projects to the infrastructure, such as repaving roads, replacing school roofs, and strengthening bridges, that can be done quickly and would have to be done in any case. These should be given priority.

There are also a wide range of green infrastructure projects, such as retrofitting buildings and improving mass transit systems (e.g., increasing bus routes and adding light rail cars) that can be done reasonably quickly and will do much to reduce energy use. These projects should also be given a very high priority.

While this list of items is long and expensive, right now, we have the money.

One item that should not be on the list is tax cuts for businesses. Business tax cuts may improve corporate balance sheets, but will do little to boost the economy. Firms will not invest just because we give them more money.

In particular, a proposal being floated that would allow firms to take write-downs against taxes paid four to five years ago is especially pernicious. This proposal would primarily help the financial and building industries, since they both have extraordinarily large losses. There can be little justification for giving a special tax break for the businesses, and their executives, who are most responsible for the nation's economic crisis.

The first goal we must keep in mind is preserving flexibility. The U.S. faces very daunting long-run challenges in terms of the federal deficit, and these could easily turn into a serious immediate problem if we were to see a sudden shift in foreign demand for U.S. assets. I would not want to see us begin "temporary" stimulus efforts which we lack the political will to undo once they're put in place.

Moreover, to be effective, quick action is called for. Grandiose new federal programs necessarily involve a long start-up process, which I do not believe we can afford.

The final core principle should be to prevent further economic damage. State and local governments may significantly contract spending as they try to stay within their budgets because they lack the flexibility for deficit spending that is available at the federal level.

For these reasons, my preferred fiscal stimulus would take the form of temporary unrestricted block grants to state and local governments.