"Every kid gets a trophy"

Bush's goodbye address is a festival of self-pity and delusion. 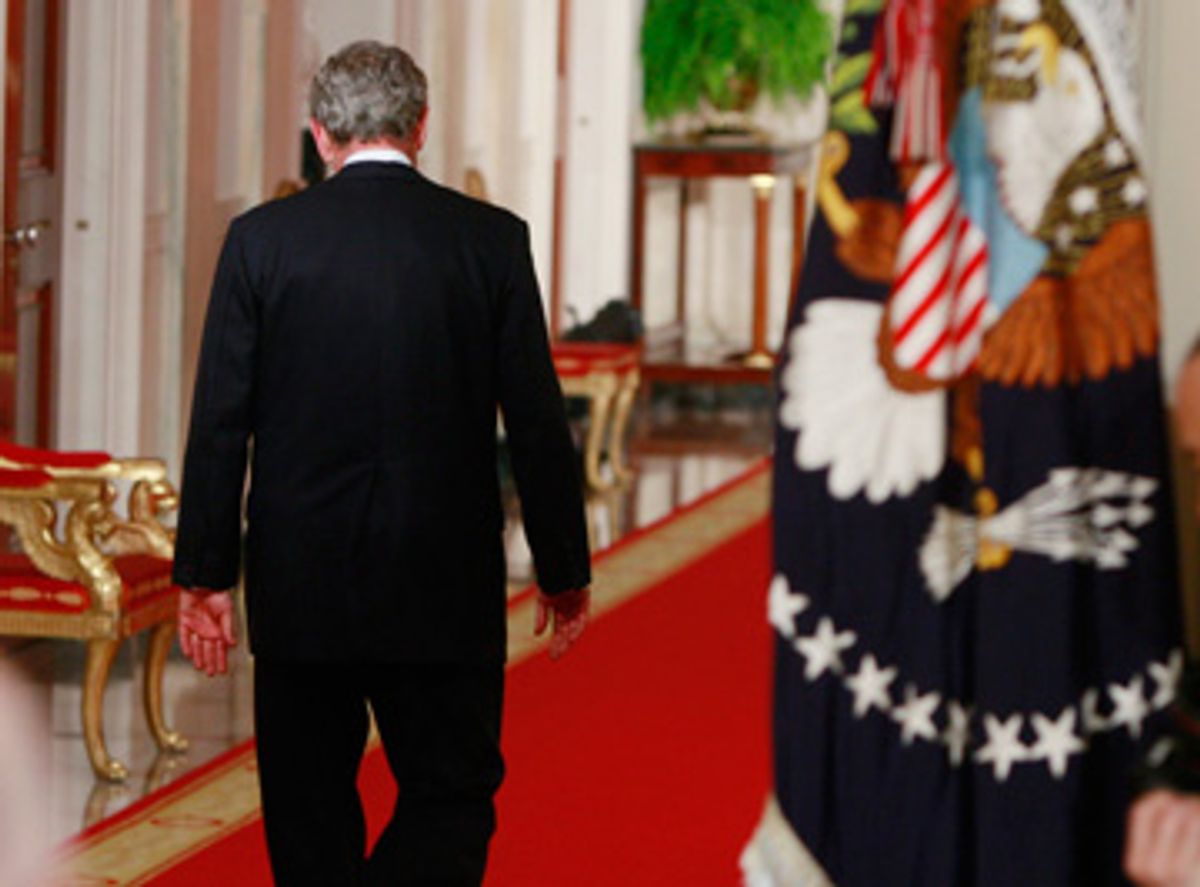 President George W. Bush walks away alone after re-entering the White House East Room to say goodbye to staff and friends after his primetime address went off the air in Washington January 15, 2009.

I can't believe President Bush's approval ratings have climbed as he edges to the end of his tragic term. Except I sort of understand it; I felt sorry for him tonight during his farewell address, which was utterly self-indulgent and delusional. It's hard to see someone leave the presidency so shamed.

I just want to say a few things about his farewell tour, for the record:

Let's be honest: Thursday night Bush sounded like a kid reciting the high points of fourth grade, or a challenged patient graduating to a new level in some kind of mental health rehab institution. No one could watch that and not be shaken by it. I've had my political disagreements with my friend Chris Matthews, but he summed it up really well: It was an abomination, the depiction of a world of presidents in which "every kid gets a trophy who participates."

Except of course this isn't a grade school T-ball tournament, this is the self-assessment of the worst president in American history, whose awful decisions could make it impossible for Barack Obama to make the full difference he was elected to make, and that his talent and policy program makes it clear he can achieve.

On Jan. 20 I'll be saying "Yes we can (I hope!)," because this president has damaged the nation beyond what I'm certain our next president can fix.