The stage is full of dignitaries, while the Obamas spent their last non-presidential moments in the Capitol. 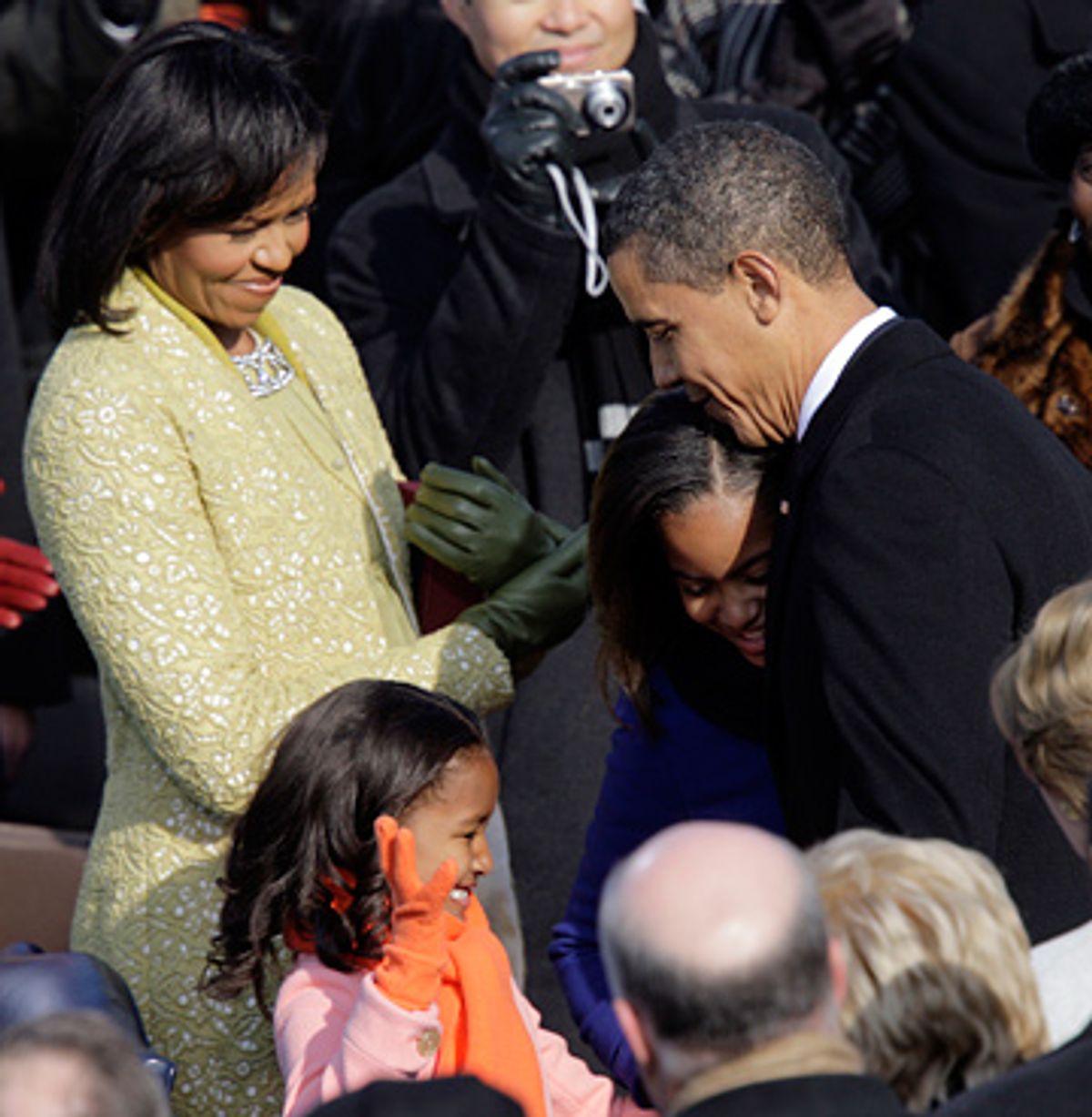 The color guard just played, the bundled-up dignitaries took their seats, and the ceremony is about to start. The elder George Bush and wife Barbara just appeared, as did Jimmy and Rosalynn Carter, George W. Bush and Laura Bush, and Bill and Hillary Clinton. Barack and Michelle Obama were just announced, and are emerging from the Capitol, where they were relaxing (as best as they could, one imagines). Here we go.