Obama to California: Just do it!

After eight years of obstruction from the White House and Detroit, the fight to restrict greenhouse gas emissions finally gets started, for real 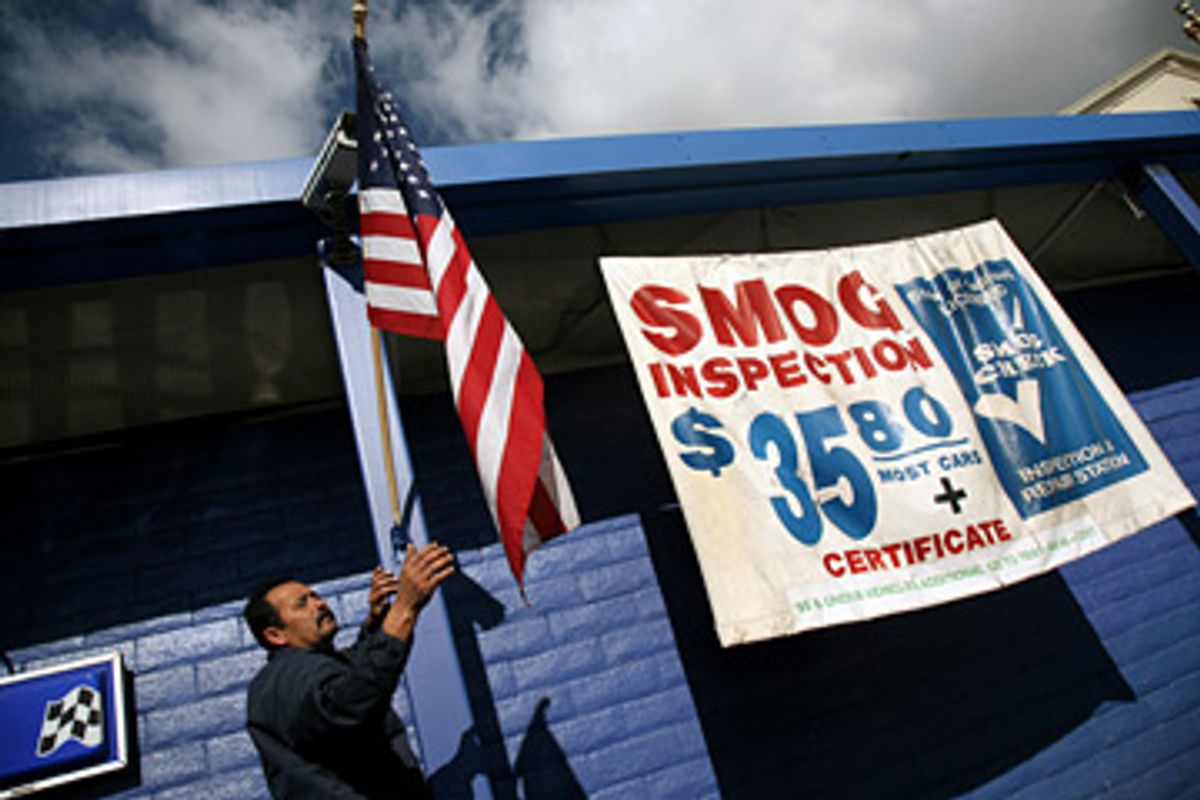 President Obama, on Monday morning, explaining his request that the Environmental Protection Agency review its decision not to grant a waiver to California that would allow the state to set its own, strict rules restricting greenhouse gas emissions from automobiles:

California has shown bold and bipartisan leadership through its effort to forge 21st-century standards, and over a dozen states have followed its lead.

But instead of serving as a partner, Washington stood in their way.

As any regular reader of How the World Works or Salon in general, dating back to 2002, knows full well how the Bush administration, in cahoots with domestic automakers, fought California's attempts to fight climate change and spur automotive technological innovation every single, last, grudging step of the way. It's a record of retrograde inaction that future historians will marvel at. Over the past 40 years California has made vast strides in energy efficiency, cleaning up its air, and encouraging automobile makers to manufacture less-polluting cars through a consistent body of progressive environmental regulation. Until the presidency of George W. Bush.

If, as expected, the EPA reverses its decision and grants the waiver, this single move by President Obama could do more to fight climate change, increase fuel efficiency, reduce foreign oil dependence, and force U.S. automakers to change their ways than any other action. It's not just that no automaker can ignore the California car market with impunity. 13 other states have already declared their intent to follow California's lead, and the rest of the nation will surely get in line, thereafter.

The Competitive Enterprise Institute was quick to send out another comic press release, declaring that "Obama CO2 Emissions Plan Would Wreck Economy, Auto Industry." Haven't they noticed? The economy and the auto industry are already wrecked! And maybe, just maybe, General Motors wouldn't have been forced to cede its position as the world's biggest automaker if it had spent more time investing in the future than seeking to stop it from arriving in the courts.

Obama said Monday that "we will fully take into account the unique challenges facing the American auto industry and the taxpayer dollars that now support it. And let me be clear: Our goal is not to further burden an already struggling industry; it is to help America's automakers prepare for the future."

My question now is whether the automakers will accept that help or whether they will continue their obstructionism. The New York Times observed in its coverage that "the auto companies could challenge [the California laws] in court, but they have been unsuccessful in previous lawsuits."

What the Times did not mention was that if the automakers did go back to court, their legal fees would by necessity be in part subsidized by the billions already given to them by the U.S. government as part of the automaker bailout. And that, I think, just isn't going to fly.