On MSNBC's Hardball, former House Majority Leader Dick Armey lashes out at Salon's editor in chief, saying he's "so damn glad you could never be my wife." 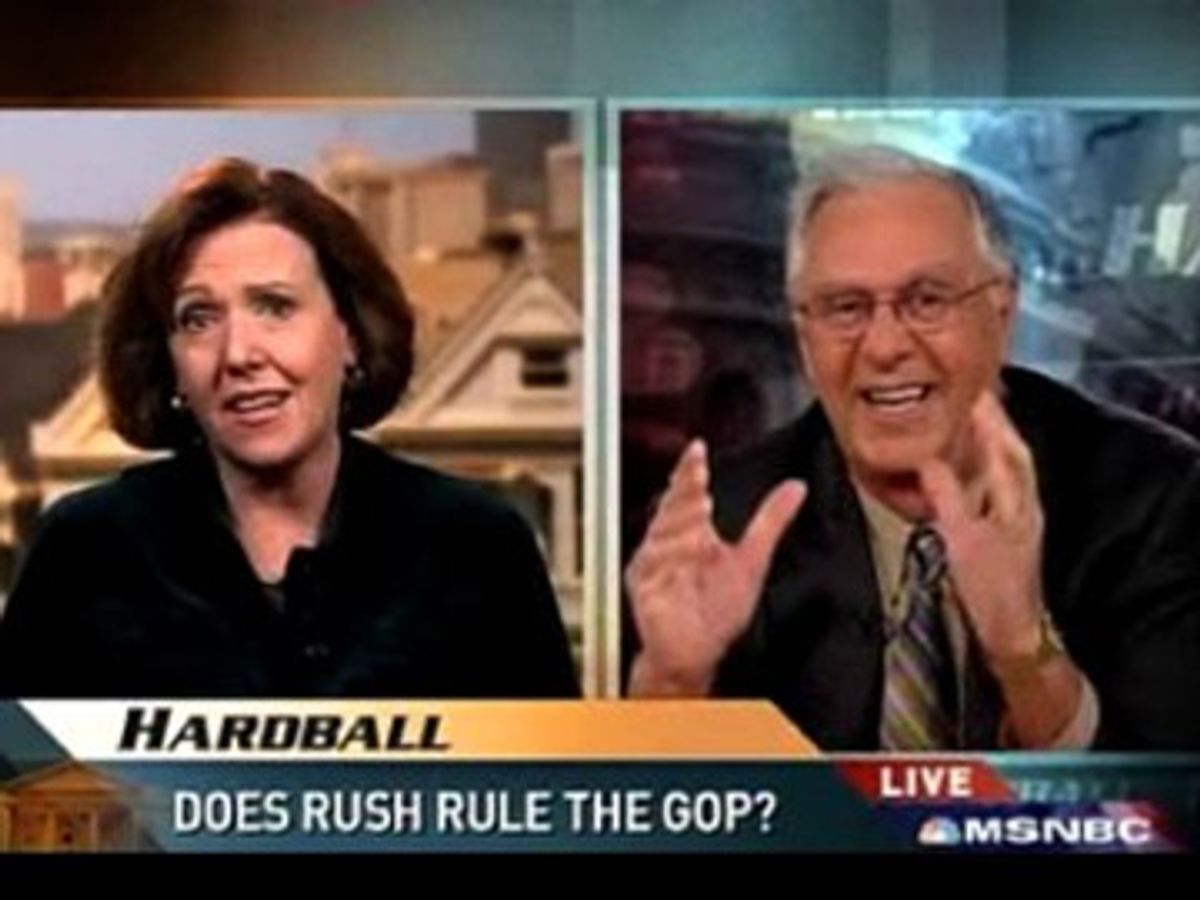 Armey, who once referred to fellow Rep. Barney Frank as "Barney Fag," lost his temper during an appearance with Salon editor in chief Joan Walsh on MSNBC's Hardball Wednesday, and lashed out, saying:

I am so damn glad that you could never be my wife, 'cause I surely wouldn't have to listen to that prattle from you every day.

Joan responded, "Well, that makes two of us." She'll have more to say in her blog later on. Video of the appearance is below; the exchange comes about 9:42 in.