An HBO documentary about the former pastor underscores the horrors of the evangelical Christian closet, just as new allegations about him emerge. 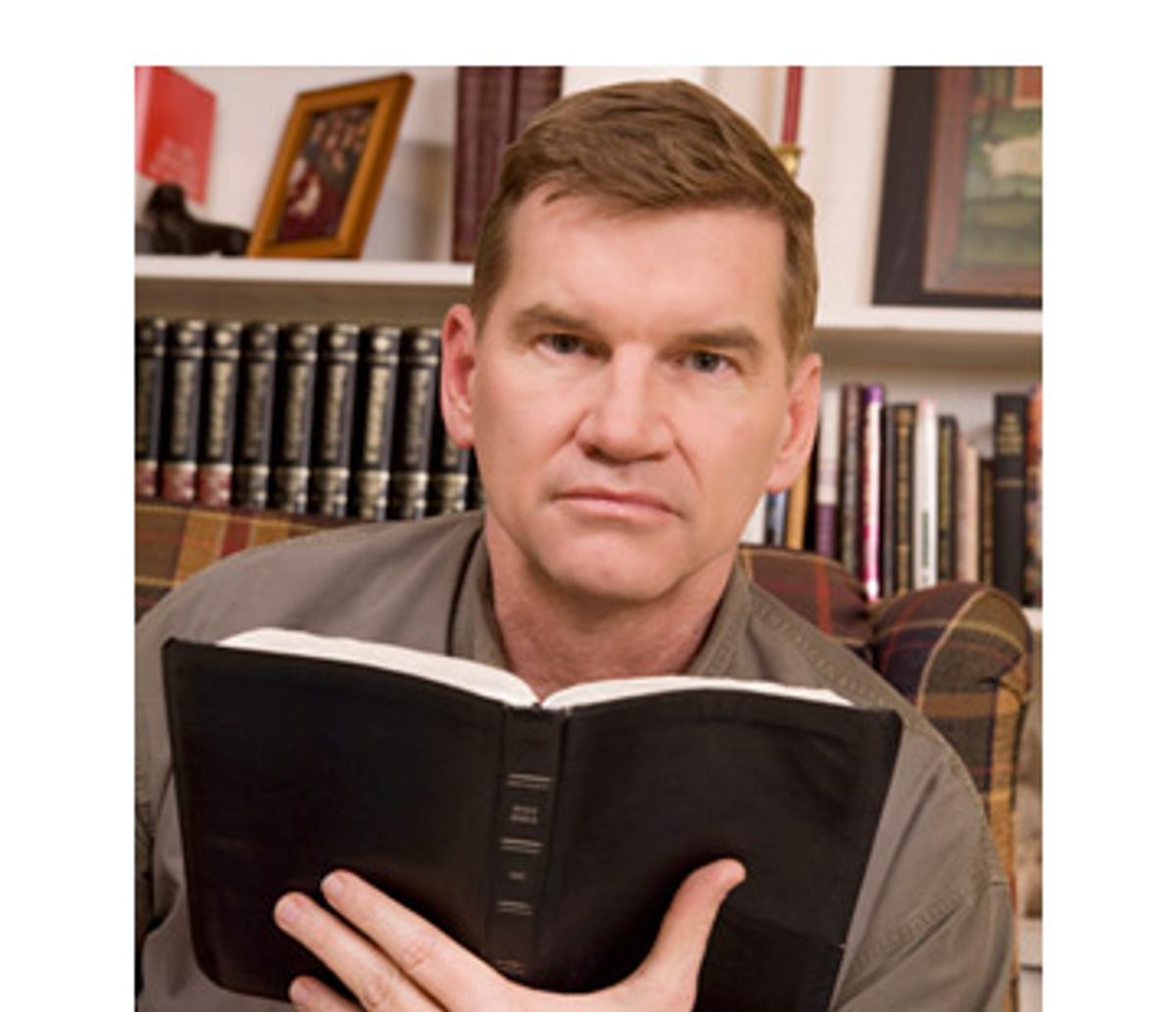 "The reason I kept my personal struggle a secret is because I feared that my friends would reject me and abandon me and kick me out and the church would exile me and excommunicate me, and that happened and more." -- Ted Haggard

If you're at all familiar with Ted Haggard's story, you've probably already judged the man badly. In 2006, the founder and former pastor of the New Life Church in Colorado Springs, Colo., admitted to buying crystal meth and having sex with prostitute Mike Jones. As the leader of the National Association of Evangelicals and a strong supporter of former president George W. Bush, Haggard was against gay marriage and spoke out against homosexuality.

Branded as a hypocrite and exiled by his church, Haggard was forced to move away from his home in Colorado for a year and a half. During that time, documentary filmmaker Alexandra Pelosi followed Haggard with a camera and asked him questions about his life in the wake of the scandal. The results form HBO's upcoming documentary "The Trials of Ted Haggard" (premieres 8 p.m. Thursday, Jan. 29).

But just as Haggard is set to do the rounds on TV, promoting the documentary on Larry King and Oprah, a new accusation emerges: This week, the Denver Post reported that a 20-something male volunteer at Haggard's church came forward in 2006 and claimed to have had a consensual sexual relationship with Haggard. Brady Boyd, senior pastor at the church, revealed that the church paid the man a settlement and he agreed to keep the relationship quiet, but the man plans to hold a press conference Monday.

Although Haggard's work to "save" other homosexual men from their sinful ways has made him an enemy of gay people everywhere, Pelosi's film strips away the knee-jerk assumptions about him to show us a fragile man trying desperately to keep his life together. More important, his struggle to stay in the good graces of his family and the church hints at the countless dark stories playing out in towns across America today: gay people struggling to beat back their natural urges, and failing, only to find themselves ostracized by their communities.

Even if you condemn Haggard's choices and question his smiling, "Jesus will deliver me from evil" facade, it's tough not to feel some sympathy for the man as he places pamphlets for health insurance on doorknobs throughout an Arizona neighborhood or moves boxes out of a U-Haul into a bleak-looking apartment where his nomadic family will be staying for a few months. Although Pelosi's ever-present voice can be seriously grating in some of her other films, from "Journeys With George" to "Friends of God" (in which Haggard helped her gain access to other evangelical leaders), she does seem to draw Haggard out with her obvious remarks and earnest enthusiasm. ("First Mötley Crüe, then Neil Diamond, and then you! Stadium rock style!" Pelosi gushes as Haggard comes offstage in footage from "Friends of God.") This time around, she opens the conversation with Haggard with all of the tact and nuance of a toddler, and yet, it seems to work:

Pelosi: Pastor Ted, last time I saw you, you were the king of a huge megachurch. Where did all your friends go?

Pelosi: And how does it feel to be an exile?

After introducing us to Haggard's two teenage sons and loyal wife, all of whom are riding around in that U-Haul with him, looking for a place to maintain their sanity while hoping that officials at New Life Church will allow him to return home, we join Haggard on the job trail. "I feel like George Costanza," Haggard says after his first interview for a job as a phone rep, referring to the "Seinfeld" character's tendency to think he aced an interview when he really bombed it. (Haggard doesn't get the job either, even though he predicts he'll get it, "as long as they don't Google me.") Along the way, Haggard is remorseful for having been "a sinner," and takes pains not to blame his former church, even as they rub his nose in his own mess. Haggard is also quick to point out that he never spewed hate against gay men, he merely tried to help them find their way to God:

As much damage as such views do to young people struggling with their sexual identity in an unforgiving, hetero-focused world, Haggard certainly doesn't come across as a hate-spewing liar. What's the man supposed to do, really, when the world he's constructed for himself is utterly at odds with who he really is (or who we're left to assume he is): a frustrated, lonely, very nice gay man?

But then, this is the once wildly popular pastor who practically smiled to reporters as he admitted to buying meth and "getting massages" from a male prostitute. Clearly Haggard is a master of disguises, and Pelosi's film doesn't really provide the sort of unforgiving peek behind the curtain that we might've hoped for. At times, in fact, "The Trials of Ted Haggard" feels less like a search for the truth and more like a collaboration between Pelosi (as publicist) and Haggard (as client with a tarnished image) to pull Haggard's name out of the gutter.

Sadly for Haggard and his family, though, thanks to new revelations about his past indiscretions, that isn't about to happen. It looks as if no matter how much work Haggard puts into revising and reimagining his life story, the truth will wriggle its way to the surface eventually. Here's hoping that one day, the truth will set him -- and so many like him -- free.