The race to head the GOP has come down to, well, race: One leading contender is a black man, the other only recently quit a whites-only club. 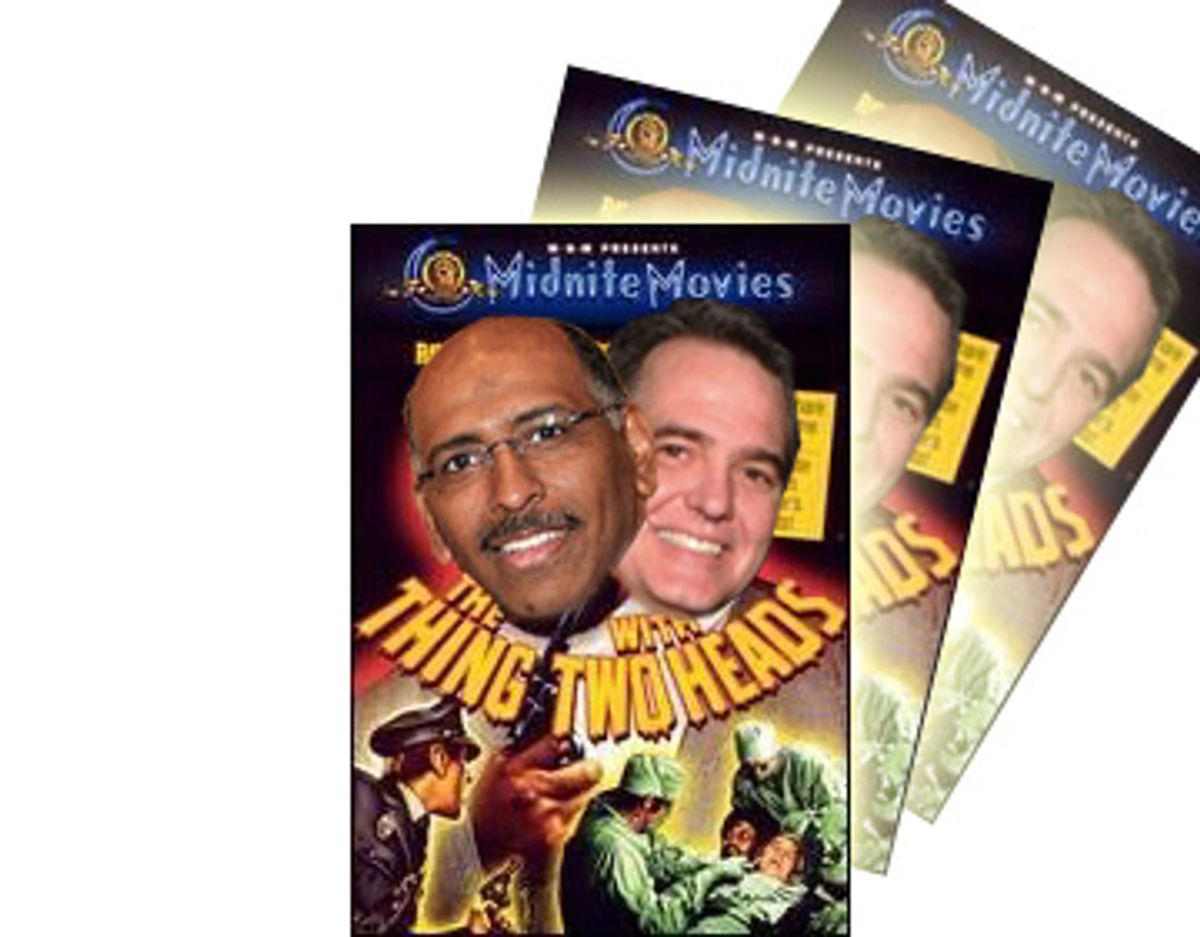 This is not the fight the Republican Party wanted to have.

The race to head the Republican National Committee was supposed to be a chance for the GOP to show that it is inclusive, not just a bunch of Southern whites. But with incumbent Chair Mike Duncan having withdrawn his name, the fourth ballot made the new battle lines clear. On one side is former Maryland Lt. Gov. Michael Steele, an African American who's a moderate within the party. Steele is now in second place, trailing by two votes behind South Carolina GOP Chair Katon Dawson.

And while the election of Steele to lead the GOP might symbolize one thing -- a new openness, perhaps, or at least a recognition of the need to bring moderates and minorities into the party -- the choice of Dawson would be something else entirely. He has a complicated history in terms of race relations. In 2005, for instance, he explained that his personal experience with desegregation was what attracted him to politics, saying:

Dawson's also become famous recently for having resigned his membership in a whites-only club only this past fall, as he was gearing up for his candidacy.