Steele's ahead, but it's still anybody's race

Only two candidates remain in the fight to head the Republican National Committee, and 20 new votes are up for grabs. 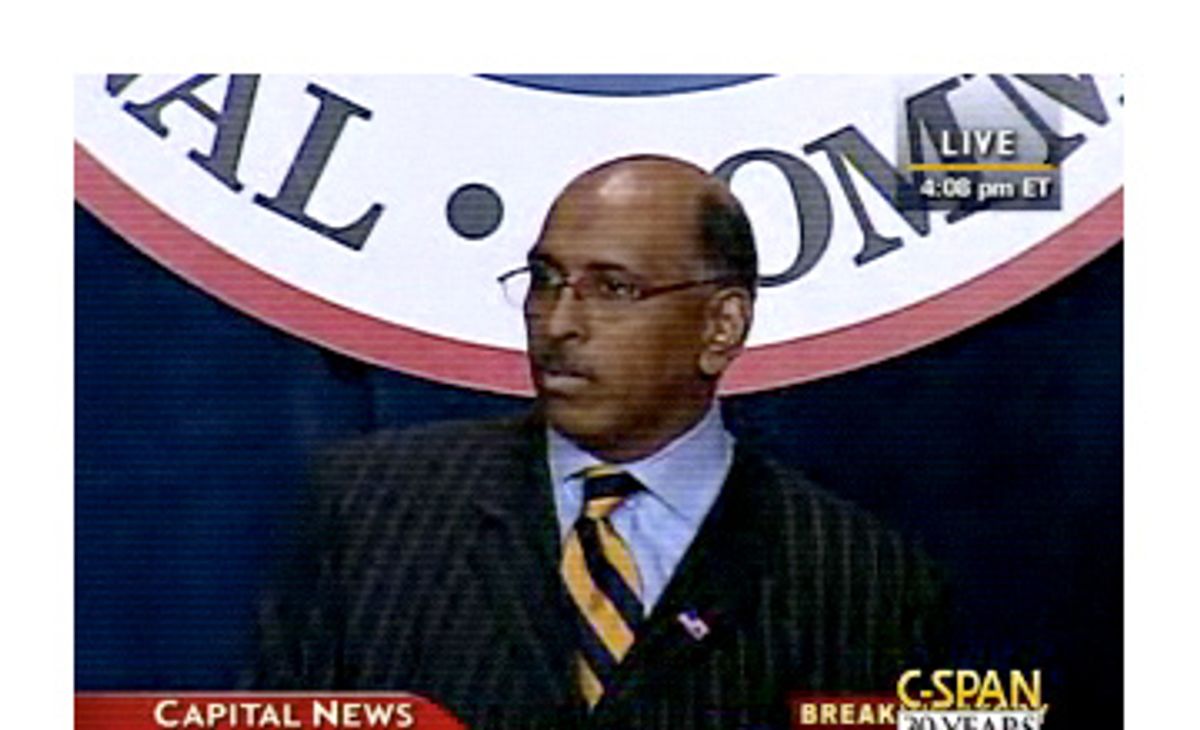 This one could be close. With former Ohio Secretary of State Ken Blackwell having quit  the race to head the Republican National Committee, and thrown his support to former Maryland Lt. Gov. Michael Steele, Steele has victory in sight. He's not quite there yet, though.

85 votes are needed to win the post; on the fifth ballot, Steele got 79 to South Carolina GOP Chair Katon Dawson's 69. Michigan's Saul Anuzis came in third with 20. But after the results were announced, Anuzis dropped out, and didn't endorse anyone. It seems likely Steele will be able to grab enough of Anuzis' supporters to put himself over the top, but that's not guaranteed. Voting now goes to a record sixth ballot.