"He's Just Not That Into You"

A self-help phenomenon turns into a star-studded date movie -- but is this a dead-end romance? 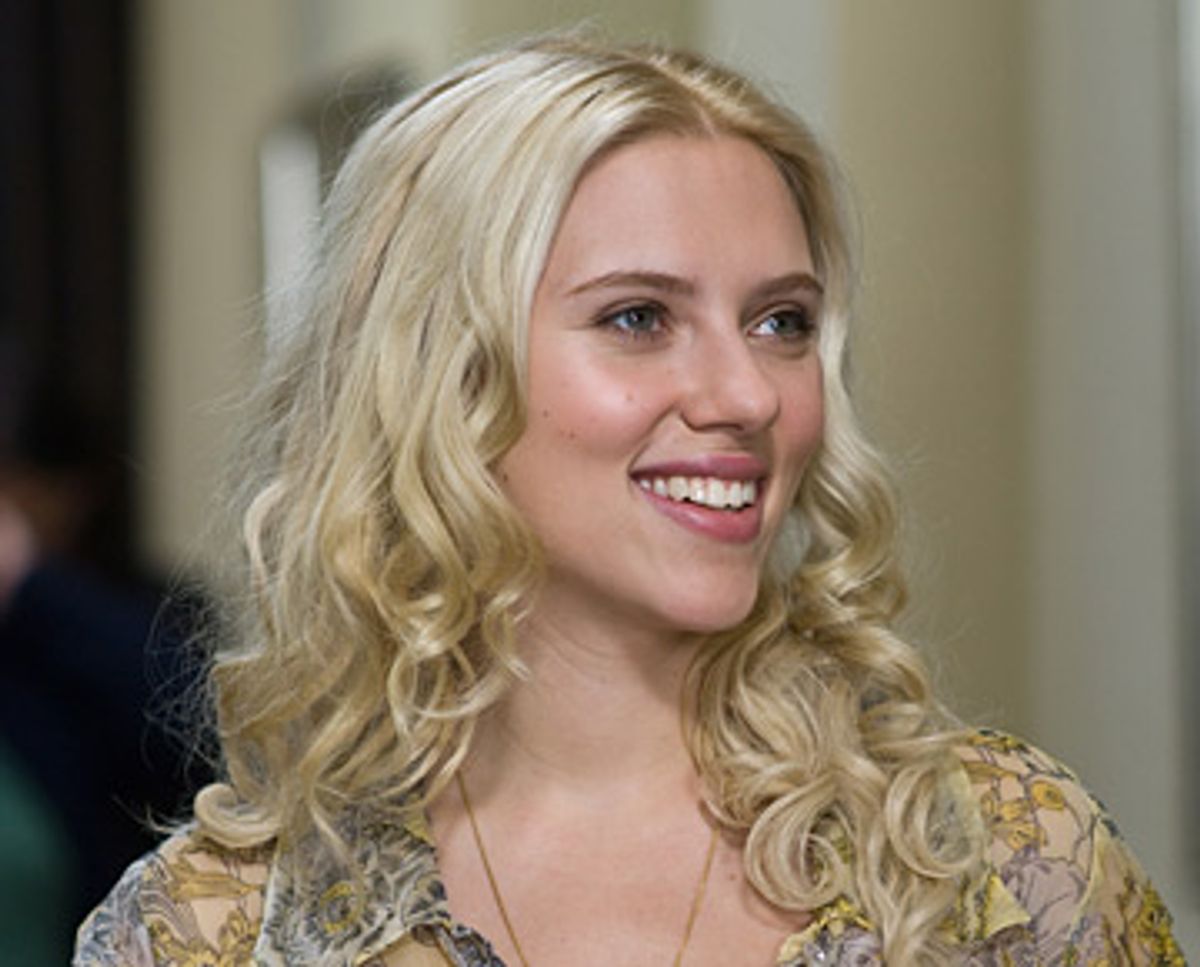 For the first 20 minutes, at least, the ensemble semi-comedy "He's Just Not That Into You" pulls off the illusion of being a reasonably intelligent date movie, or at least an entertaining one. Ben Affleck and Jennifer Aniston play Neil and Beth, a longtime unmarried couple who face turmoil when Beth decides she really does want that ring. Drew Barrymore is Mary, a sweet-tempered, trusting free spirit who appears to attract only slick operators. Jennifer Connelly and Bradley Cooper play Janine and Ben, a 30-ish couple who've been together since college and who've talked themselves into believing they're perfectly happy. And Ginnifer Goodwin is Gigi, an openhearted, cherub-faced charmer who works hard at dating -- perhaps too hard -- and gets only disappointment in return.

There's also Scarlett Johansson's Anna, a vixenish yoga instructor with mermaid tresses, Kevin Connolly's Conor, a real-estate broker suffering from unrequited love, and Justin Long's Alex, a bar manager who beds a different cutie every night and therefore must surely lead an empty life. With all those characters coupling, uncoupling and attempting to couple, you'd think that at least one or two elements of "He's Just Not That Into You" would click. And in its early moments, the movie -- based on the self-helpy bestseller by Greg Behrendt and Liz Tuccillo -- offers a degree of false hope that it might, like the guy who promises to call and never does. We're treated to voice-overs that describe the inability of women to comprehend the actions of men, and the sometimes ridiculous ways women deal with rejection: A group of women gather around one of their recently disappointed friends, cooing, "You're too pretty and too awesome -- he just can't handle it!" It's a witty, barbed gag, and a not-unrealistic depiction of the way many of us rush to comfort a friend who's been rejected.

But somewhere along the way, "He's Just Not That Into You" -- which was written by Abby Kohn and Marc Silverstein and directed by Ken Kwapis, whose last movie was "License to Wed" -- starts taking all the wrong forks in the road of romance and ends up nowhere. Some of the characters do manage to wriggle their way into our sympathies. As Goodwin plays her, Gigi is so optimistically adorable, so eager to please, that you wonder why she's having so much trouble finding a good boyfriend -- until you realize that's exactly the problem (if you could call it a problem): She's so guileless, so open that she doesn't know how to work the Venus flytrap. That's a plus, not a minus, although it may not seem so when you're the nice girl left alone on a Friday night, a fact the movie at least recognizes.

But mostly, "He's Just Not That Into You" chugs along with dull efficiency, pretending to offer complex characters when really all it's serving up are stock types. Cooper's supposedly happily married Ben can't help being attracted to Johansson's numerous assets. When she starts reeling him in, hard (the movie is far too smug in the way it presents her as a shameless, shallow hussy -- as if those are the only types of people who tempt otherwise good spouses into cheating), he responds, woodenly, "I'm married -- I don't do this." Connelly is saddled with the lackluster role of the cranky, nesting wife. "I used to be fun!" she winces to one of her friends, but there's nothing in her performance to suggest that could possibly be true.

"He's Just Not That Into You" is boring at best and insidious at worst, for the way it pretends to face, head-on, the messiness of human relationships only to make sure everything is tidily wrapped up at the end. The movie pretends to acknowledge that true commitment doesn't always have to involve an engagement ring, only to reneg on its view -- as if, in a last-minute panic, the filmmakers realized they had to send the female portion of their audience home with visions of diamonds dancing in their eyes. In the plasticized world of "He's Just Not That Into You," the good must be rewarded and the bad must be punished, or at least vaguely humiliated, by being made to look vapid (as in the case of Johansson's character) or numbingly callous (as in the case of Cooper's). There's no room for unconventional living arrangements (not that living together is particularly unconventional) or for the reality that, in the romance department, well-meaning people often make stupid mistakes. In the end, the nice girls and guys in "He's Just Not That Into You" find love, as they deserve to. But watching them find fulfillment shouldn't be so punishing.