The economic crisis got a little more real when a distraught homeless Florida woman asked President Obama for help. 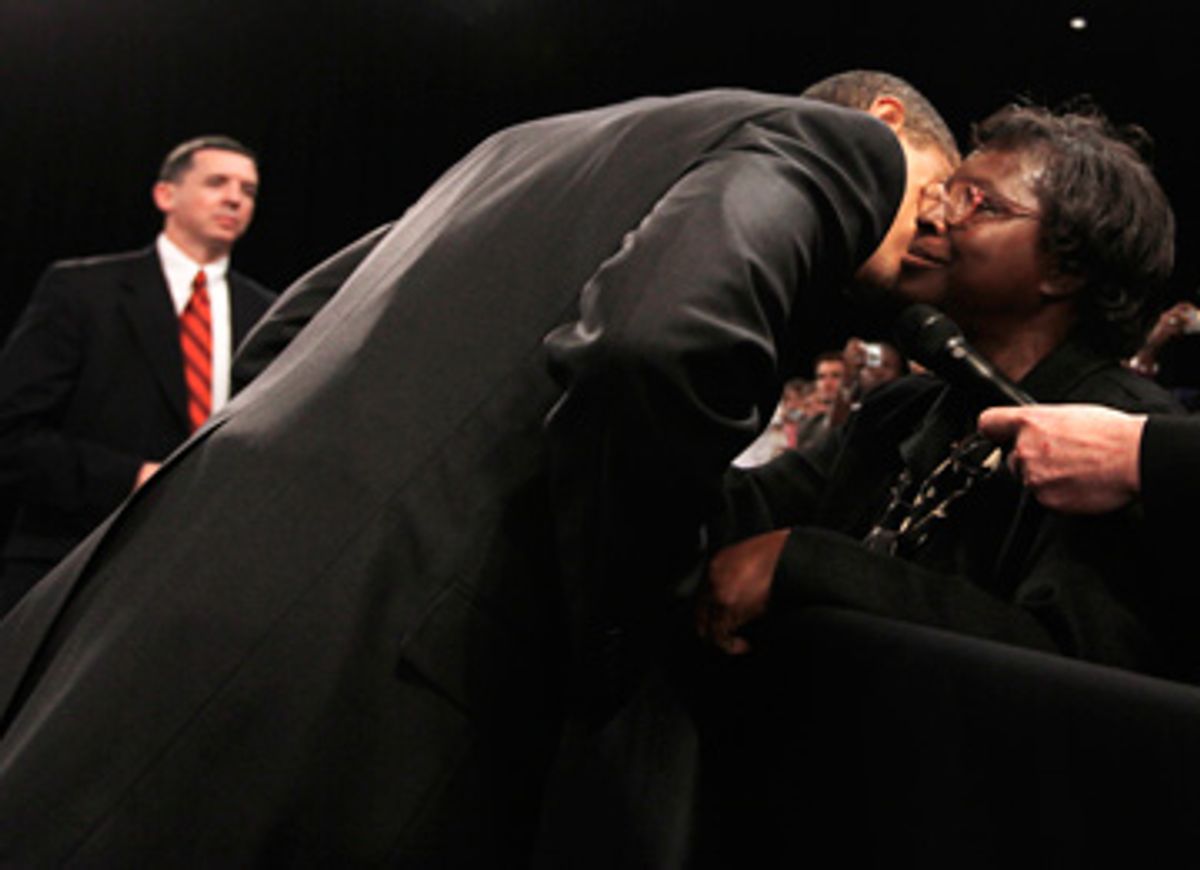 Henrietta Hughes broke up President Obama's town hall in Fort Myers, Fla, which may be ground zero of the mortgage and foreclosure crisis (or one of them).

Hughes, an enthusiastic African-American woman, had been trying to get Obama's attention during the entire question and answer session. When Obama called on her, she started by telling him she was praying for him, and said she hoped he would do something about homelessness. Then it became clear she herself was homeless.

"We need something more than a vehicle and some parks to go to; we need a kitchen and a bathroom," she told Obama, breaking down in tears.

The president went and hugged Hughes, and told her he'd get his staff to help her. It was an extraordinarily moving moment. The crowd cheered.

These town halls are a terrific platform for Obama, and this one was even more energetic and dramatic than Elkhart yesterday. Before Hughes broke down, Obama's biggest applause came when he said, "You didn't send me to Washington to do nothing!" The crowd gave Obama a standing ovation.

A great counterpoint to Hughes came at the end of the town hall, when an excited young man named Julio (I will get the last name later, I just couldn't hear it) told Obama, "I've been at the same job four and a half years," at a local McDonald's, while going to community college, and asked Obama what he would do to help him. The president pointed to his tax cuts and college tuition credit, and praised the young man for his hard work, and said he should be proud of himself. Julio took off his hat and reached for the sky with joy, and Obama closed his second town hall.

Boy. It was a lot more thrilling than his prime-time press conference. Obama still has a lot of work to do, but he's doing the right thing taking the fight to the people. It's great to see him sounding tougher on GOP obstructionists, but I also enjoy him playing this role of remoralizer-in-chief, helping victims of this economy see a better future for themselves.

Coincidentally, the Senate passed the stimulus bill 61-37, but it doesn't contain some priorities from the House bill that Obama seems to be continuing to pitch at his public events, notably school construction funds and aid to states. He should remember Fort Myers as he pushes for the bill he wants, not the one Republicans want to force on him.