Negotiators from Congress and the administration have come to an agreement in a surprisingly short amount of time. 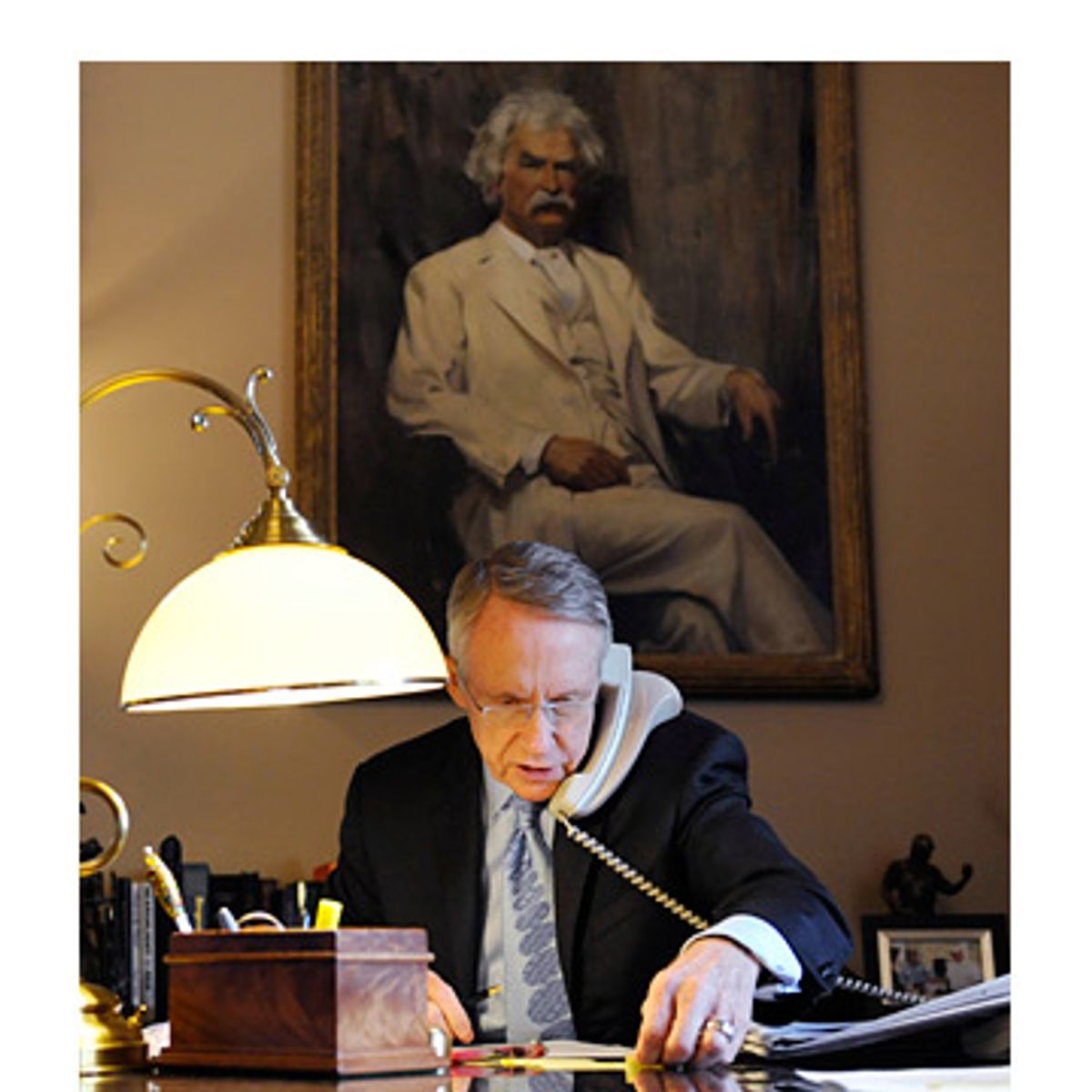 After the Senate passed its version of the stimulus on Tuesday, negotiators in Congress were tasked with reconciling that bill with the one passed by the House and coming up with a final package that could pass both houses of Congress. They accomplished their job with a surprising degree of speed: Senate Majority Leader has just announced that a deal has been reached on a $789 billion stimulus.

Details as to what is and is not in the final legislation, and what level of funding has been devoted to which programs, are still sketchy. However, we do know, from Sen. Max Baucus (D-Mont.), who was part of the negotiations, that tax cuts will represent 35 percent of the total cost of the bill.

As of this post, the conference committee officially given the job of reconciling the bills was getting ready to hold a public meeting. You can watch that live here.

Update: Already, some Democrats are coming out to say they're angry about the structure of the final bill, and it seems like they have reason to be. Iowa Sen. Tom Harkin, for one, pointed out that, though it seemed like a likely target for removal, a $70 billion fix to the alternative minimum tax remains in the package.

Overall, Harkin said, "you are not looking at a happy camper," adding, by way of explanation, "they took a lot of stuff out of education. They took it out of health, school construction and they put it more into tax issues."