I know just the person for you!

I'm terrible at setting up my friends on dates. So why do I love doing it so much? 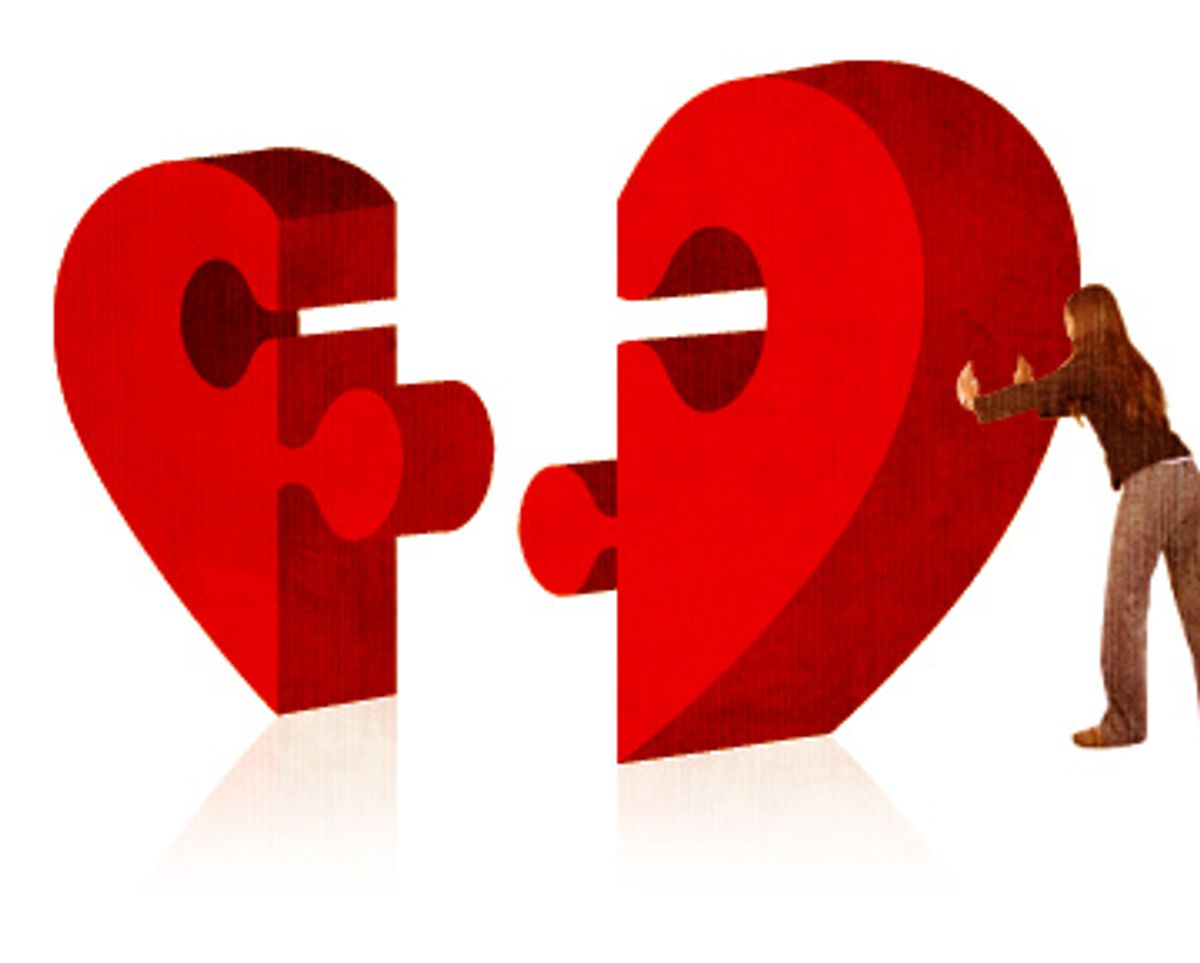 Of all the things I'm no good at, my favorite by far is matchmaking. I've tried to set up nearly a dozen couples, and with one notable exception, it's never worked. I've unsuccessfully introduced straight and gay people, old friends and new acquaintances, but the one thing they almost all have in common is an apparent aversion to each other. Remarkably, my lack of success hasn't dimmed my enthusiasm.

My most glaring matchmaking failure was when my brother-in-law Dave brought a date to his date. I swear this is true. I'd arranged a double date in which Dave and a delightful woman I knew from growing up in Ohio would go to a movie and dinner with me and my then-boyfriend, now-husband. I feel confident that I was explicit about this plan to everyone involved. The Ohioan showed up at the movie theater looking cute and prepared to be a good sport. Dave then showed up at the movie theater with another delightful young woman. The only reason I've forgiven Dave for the awkward five-person evening that ensued is that the woman he brought subsequently became his girlfriend for the next year and a half -- that is to say, when he brought a date to a date, at least he was serious about her.

Back when I was single, I wondered if my zeal for setting up other people was connected to a wish that they'd reciprocate and set me up. But now that I'm married, I'm just as fond of setting people up as I ever was, so I've had to consider other explanations. I've settled on two. The first is that when you introduce two people, you're immediately creating a story, and I love stories. Think about it: Whether or not the two people like each other, you're putting a plot in motion. Either the couple does get along, and that plot continues and expands, or they don't and the plot quickly ends. In a best-case scenario, the two people fall madly in love and there's a wedding, which, as any reader of Jane Austen knows, is the best possible way for all plots to conclude. Alas, this doesn't happen 99 percent of the time, but still, the two people involved -- and by extension, I -- get to enjoy the questions and tensions that arise as the plot unfolds: Where and when will they decide to meet? Will they like each other? Will one like the other more?

A second reason I'm a fan of matchmaking is that, like cheesy lounge singers everywhere, I'm one of those people who truly believes love is the greatest gift of all, and I've felt so indebted to certain people in my life that, if they were single, giving them love was the only way to express my appreciation.

When my first novel was published in 2005, I was so grateful to the four publicists who'd worked on it, three of whom were attractive and unattached women in their 20s, that I felt like there was only one way to repay them. Now, everyone knows the male-female ratio is skewed in New York, so I took particular pride in selecting eligible bachelors. Two of the three publicists did end up going on their dates, but it's safe to say there weren't sparks -- possibly because one bachelor excused himself early to go home and watch a Katie Couric news special. In the spirit of "if at first you don't succeed, try, try again," I then attempted to set up one of the women with another guy I knew, but they never even met, and that's when it dawned on me that maybe all along my publicists had simply been humoring me -- just because they were single didn't mean they wanted to spend their evenings with strangers.

I drew a similar conclusion after my husband and I bought our house. Our real estate agent had found us such a great place to live that I didn't feel a thank you note and a bottle of wine would suffice. Besides, our agent was a dashing gay man who'd told us he was too busy to pay attention to his social life, which I interpreted as an invitation for me to intervene. I e-mailed him about a cute writer I knew. There was a major height discrepancy between the two, I mentioned in the e-mail, but besides that I thought they'd get along splendidly. My real estate agent never e-mailed me back.

Maybe I should take all these non-dates or non-successful dates as a sign I need to quit meddling, but to me, the cost of setting up two people is so low and the potential benefits are so high that I feel like how can I not? Plus I've tasted just enough success to whet my appetite. When I said that only once have two people I've set up become a couple, this was half-true -- there's another couple that slept together the night they met and continued to do so for a few weeks, and while that doesn't have the classiness of, say, a church wedding, I do take some credit for recognizing compatibility.

Then there's the couple that I think about whenever it occurs to me it might be time to take early retirement from amateur matchmaking. In 2002, I was moving from Iowa City to Washington, D.C., and a few friends helped me load up a U-haul. I was running so far behind schedule that, in an act of either blitheness or desperation, I offered my neatnik friend Jeremy a deal. I said, "If you'll mop my kitchen floor after I leave, I'll set you up on a date." He agreed immediately.

The only problem, I realized once I'd left town, was that I didn't know many, or possibly any, single women in Iowa City. I e-mailed another friend who said he knew a woman named Kelly who was single and appealing. When I mentioned Kelly to Jeremy, he said, "I think it's kind of weird you're setting me up with someone you've never met." "Just go with it!" I replied. Jeremy and Kelly have now been together more than six years. They got married in the summer of 2007, and as I write this, they're expecting a baby any day. Sometimes I think maybe I should learn a lesson from the fact that my only setup that ever lasted was the one that was the least romantic and most mercenary on my part -- I wanted my floor mopped! -- and also the only setup where I didn't know both parties. But other times, I relish my role in their romance, and even though Jeremy and Kelly were living in the same relatively small town, they both have said they don't think their paths would have crossed without my assistance. This leaves just one question: Why don't they seem more receptive to my suggestions that they name their first child after me?

Curtis Sittenfeld is the author of the novels "Prep" and "American Wife."