The president traveled to a newly pivotal swing state Tuesday in order to celebrate a big political victory. 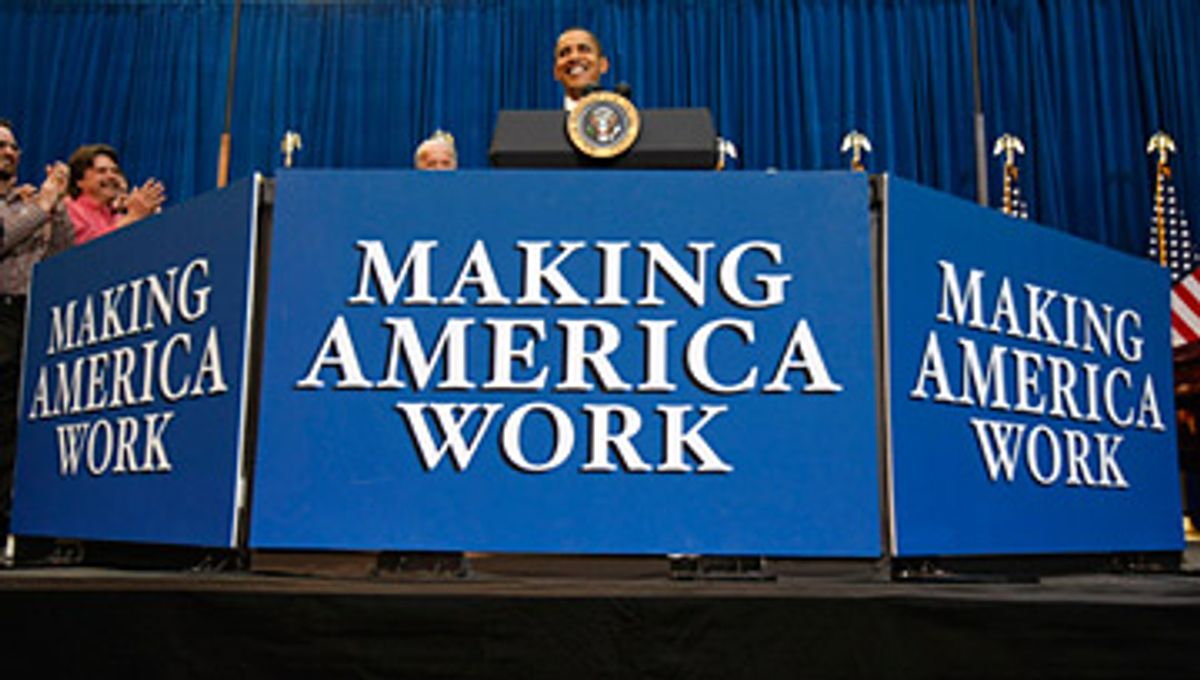 President Barack Obama speaks at the Denver Museum of Nature and Science in Denver, Tuesday, Feb. 17, 2009, before signing the American Recovery and Reinvestment Act. Vice President Joe Biden is seen at left.

When it came time for him to sign the stimulus bill Tuesday afternoon, President Obama was in Denver. The location was no coincidence; Colorado was an important swing state in 2008, and Democrats want to make sure it continues to trend blue. So what better place for Obama to mark the most important political victory of his young presidency?

"We have begun the essential work of keeping the American dream alive in our time," Obama said of the bill. "I don't want to pretend that today marks the end of our economic problem. Nor does it constitute all of what we're going to have to do to turn our economy around. But today does mark the beginning of the end, the beginning of what we need to do to create jobs for Americans scrambling in the wake of layoffs ... The beginning of the first steps to set our economy on a firmer foundation, paving the way to long-term growth and prosperity."

As Obama said, the legislation he signed is only a beginning; there could even be another stimulus at some point down the road. White House Press Secretary Robert Gibbs was pressed on that point Tuesday; asked whether the administration was considering a second stimulus plan, he responded, "I wouldn't foreclose it, but I wouldn't say at the same time that we are readily making plans to do so."

Interestingly, one of the points the president struck, hard, in the remarks that preceded his signing of the bill was bipartisanship. In fact, he seemed to imply that the bill had been more of a bipartisan effort than it really was.

The stimulus "is the product of broad consultations -- and the recipient of broad support -- from business leaders, unions, and public interest groups, the Chamber of Commerce, the National Association of Manufacturers, Democrats and Republicans, mayors as well as governors," Obama's prepared remarks read.