A mix of big government and incentive-laden market tweaks, the Homeowner Affordability and Stability Plan is smart and ambitious. 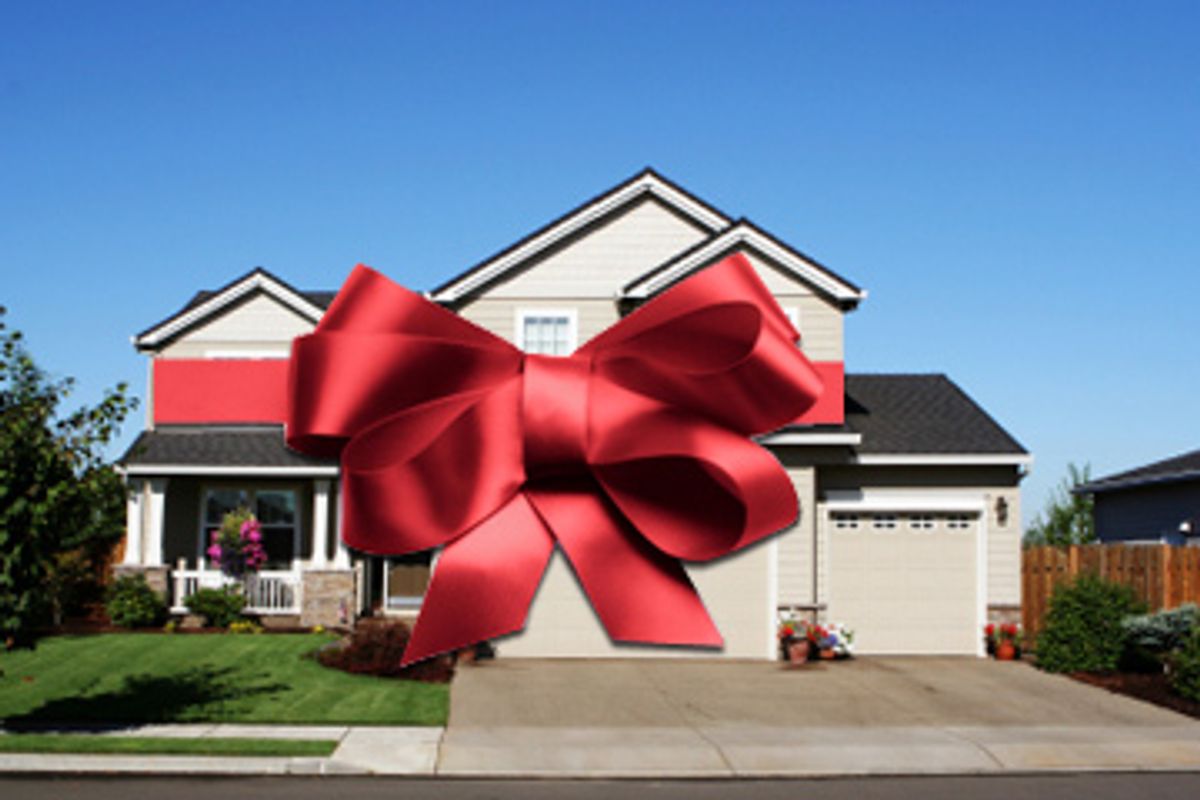 Comprehensive, clear and ambitious, President Obama's new housing plan is unlike anything we have seen from the White House since the financial crisis began. Loaded with incentives for homeowners, mortgage servicers, lenders and banks, the plan also includes a substantial direct commitment for government help, and a direct message to the banking industry: If you want any more cash from the U.S. government, you are going to have play by our new rules.

From a summary of the plan distributed by the White House, a few hours before Obama was scheduled to outline it in Arizona:

One could quibble: Why not declare that all financial institutions who have already received government aid adhere to the new guidelines (which will be specified in detail on March 4)? But that's a moot point: The banking system is in bad enough shape that further government help is inevitable. But now there is at least one clear string attached to that aid.

The goal of the plan, through a variety of mechanisms, is to lower monthly payments for homeowners who owe more than their homes are worth or are in immediate danger of foreclosure. The White House says that, all told, nearly 9 million homeowners will qualify.

The first, and clearly easiest, step, is to bolster the resources of Fannie Mae and Freddie Mac and to direct them to assist in loan modifications for the mortgages they guarantee directly or have packaged into securities. Right off the bat, that could help as many as 4 million or 5 million Americans reduce their monthly payments and avoid foreclosure.

The second step includes the creation of a $75 billion Homeowner Stability Initiative, intended to provide a variety of incentives for homeowners, servicers and lenders. The goal is to get lenders to bring down monthly mortgage payments to 38 percent of homeowner monthly gross income, after which the government will step in with additional funds to bring the total figure down to 31 percent.

In the array of carrots offered to get mortgage servicers and lenders to play ball, we can discern the clearest sign yet provided of how the Obama administration plans to tackle the economy. During the campaign, it was clear that his economic thinking was influenced by so-called behavioral economists who believed that properly structured policy could influence Americans to do the right thing. The new plan will provide a major test for their theories.

For example, homeowners who make their payments on their new, modified loans on time for five years will see reductions in the principal owed on their homes -- $1,000 a year for each year that they comply. Similarly, mortgage servicers will receive upfront fees from the government "for each eligible modification meeting guidelines established under this initiative," and further fees if the borrowers stay current on their loans. Additional fees will be paid to both servicers and mortgage lenders, "if they modify at-risk loans before the borrower falls behind."

The message to servicers and lenders: Get out there and modify those loans so homeowners are paying less to stay in their home, and we'll reward you.

Intriguingly, the plan does not rule out even stronger efforts to aid homeowners: For example, the fact sheet distributed by the White House includes as one of its additional measures allowing "judicial modifications of home mortgages during bankruptcy for borrowers who have run out of options." So-called cramdowns are bitterly opposed by the mortgage industry, and it will be interesting to see how hard the White House pushes on that.

It will also be interesting to track reaction to the plan. The right-wing talk show hosts are spending all day, every day, attacking Obama for leading the U.S. into a new era of "socialism." But socialism the new housing plan is not. It will require significant outlays of government cash, but is structured with incentives that are meant to nudge all players into doing the right thing, as specified by the government. While the right screams Karl Marx, the left is likely to complain that the plan depends too much on merely tweaking the marketplace.

Which probably puts Obama and his team exactly where they want to be -- steering down the middle path. It will be fascinating to see how his economic policy initiatives continue to evolve. In his prepared remarks distributed before his speech, Obama said, "In the end, the home mortgage crisis, the financial crisis, and this broader economic crisis are interconnected. We cannot successfully address any one of them without addressing them all."

I think he's made a good start.

UPDATE: Early critical reaction to the plan appears focused on the lack of a component for lowering the outstanding principal owed on mortgages, and thus dealing with the problem of homeowners walking away from their mortgages.  Of course, making a serious effort to address that problem would vastly increase the cost of the new housing plan.