If Democrats protect Wall Street at the expense of taxpayers, the GOP could revive its political prospects by embracing populism. 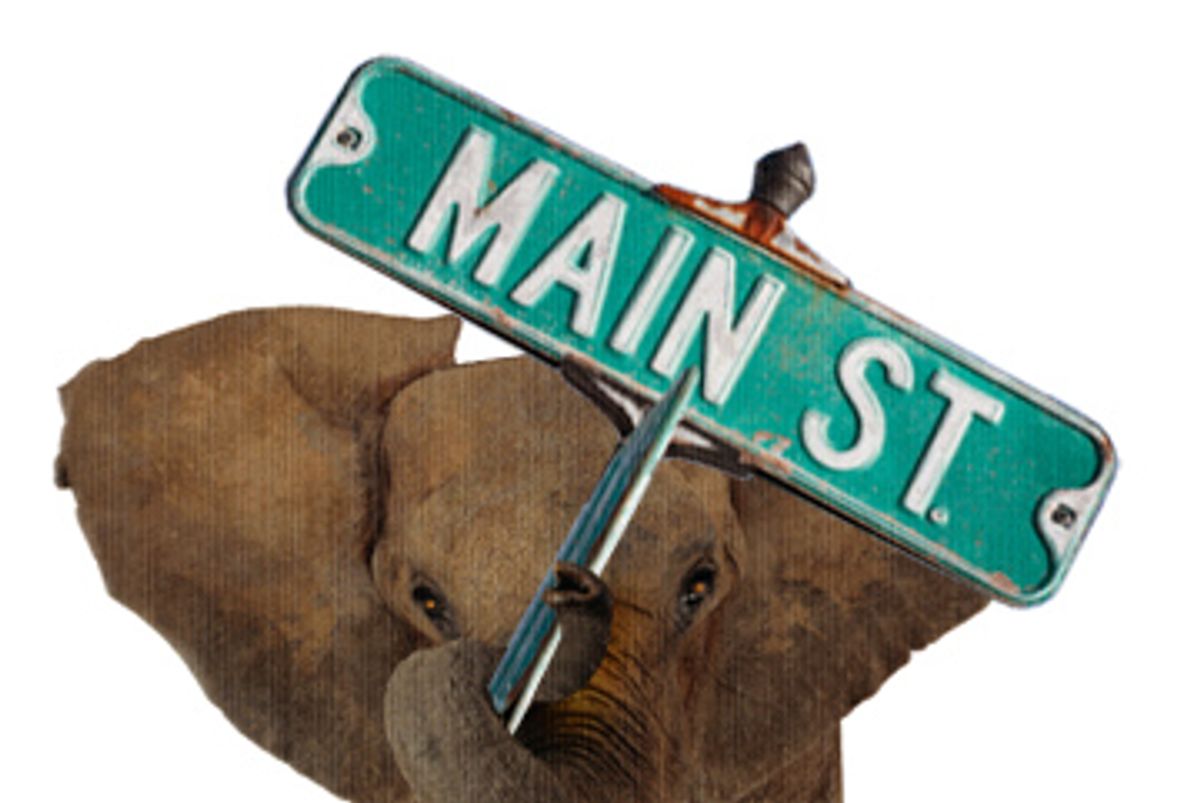 Only months after the 2008 primaries, most Americans probably don't remember Mike Huckabee or Ron Paul. But that doesn't mean the conservative populism they championed during their campaigns for the Republican presidential nomination is as fleeting as their dark-horse candidacies.

Since rank-and-file House Republicans began criticizing October's Wall Street bailout, a growing faction of the GOP has been channeling the country's rage at corporate America with us-versus-them rhetoric and appeals to economic patriotism. And they are getting help from a Democratic Party whose actions often imply subservience to Big Money.

Recall that the majority of House Democrats voted to ratify the bank bailout, and the majority of House Republicans opposed it. Recall, too, that Democratic Treasury Secretary Tim Geithner is pushing to throw more no-strings-attached cash at Wall Street, while Republican Sen. Lindsey Graham, R-S.C., makes headlines with calls to nationalize the banks.

Now, Newt Gingrich is trying to capitalize on the contrast, insisting that the GOP can recast itself as the party of the little guy. Summing up his thoughts during an analysis of recent Democratic legislation, he said: "If in fact it's terrific for Citibank and GM, but bad for small business, then it's an elite bill -- it's not a populist bill."

To be sure, there is a vaudeville quality to all this.

Gingrich is not only the House speaker who made business lobbyists an official cog in the legislative process. He's the Washington careerist who has spent his post-government life as an insurance industry mercenary paid to derail serious healthcare reform, and his "populist" panacea for righting the economy is a proposal to eliminate the capital gains tax, which primarily hits the super-rich. More broadly, while many Democrats joined in the kleptocracy, the Republican Party was the primary force behind almost every regressive tax cut, crony contract, rigged trade deal, deregulation scheme, corporate welfare handout and "elite bill" that became law over the last three decades. The idea that the GOP's Nottingham sheriffs have genuinely become Robin Hoods might be plausible in a burlesque subtitled "Men in Tights" -- but this is real life, not a Mel Brooks spoof.

Then again, politics is theater of the absurd, featuring everything from a draft dodger posing as a Top Gun pilot to self-proclaimed "fiscal conservatives" repeatedly voting for deficit-expanding tax breaks. And as the GOP regroups for the midterm elections, party leaders know that Americans' memories are short during a recession and that rhetoric can substitute for reality in a campaign. They also understand the electoral power of economic populism, even as an appeal to base Republican voters.

During the presidential primary, for example, Huckabee won eight conservative states thanks to his speeches calling Wall Street CEOs "criminals," demanding Americans get the same healthcare as members of Congress, and criticizing unfair trade policies. Meanwhile, Paul attacked "corporations on welfare" who are "dumping all the bills on Main Street" -- and he raised a whopping $34 million, mostly from individual conservative donors.

For this bombast to become a cohesive political program, rebel Republicans will have to do battle with the country clubbers who still control their party -- and to date, those rebels haven't been willing to wage such an explicit fight. However, should Democrats collude with the very corporate interests that the nation is so angry at -- say, if they obstruct proposals to toughen financial regulations -- they will create the incentive for an internal Republican war to explode. And when the smoke clears, the GOP could have a much different image -- one that revives their political prospects for years to come.