Following what's now become a GOP ritual, the RNC chair says he's sorry for his criticism of the radio talker. 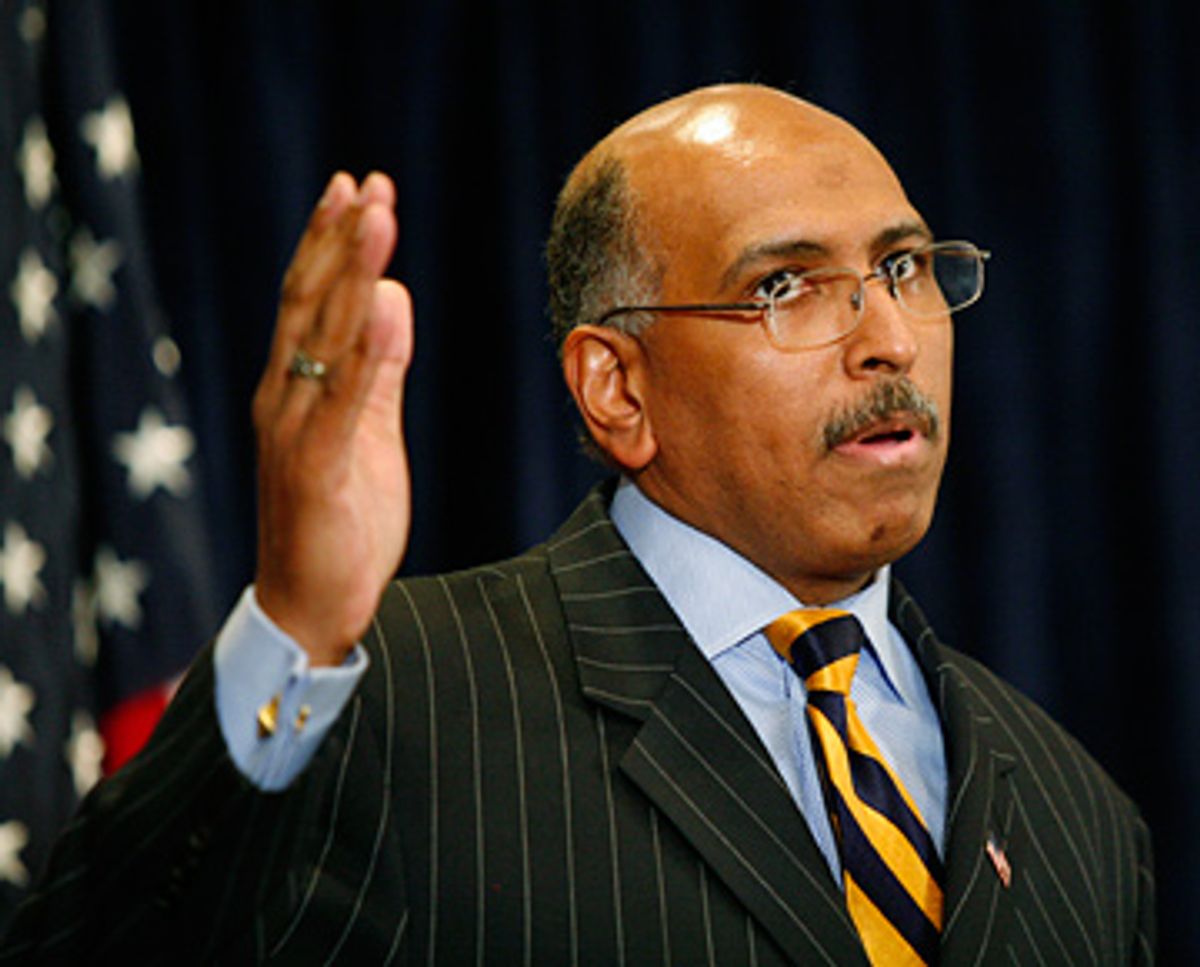 I think we pretty much all saw this coming: Republican National Committee Chairman Michael Steele has apologized to Rush Limbaugh for some critical remarks he made about the radio host over the weekend.

"My intent was not to go after Rush -- I have enormous respect for Rush Limbaugh,” Steele told Politico's Mike Allen. "I went back at that tape and I realized words that I said weren’t what I was thinking,” Steele said. "It was one of those things where I thinking I was saying one thing, and it came out differently. What I was trying to say was a lot of people… want to make Rush the scapegoat, the bogeyman, and he’s not."

Steele's criticism and subsequent apology follow a formula that's become a standard routine every time a prominent Republican has taken on Limbaugh recently: First there's the initial criticism, then the radio talker and his fans strike back, and then there's the inevitable public self-flagellation.

Of all the Republicans who've tangled with him recently, Limbaugh was particularly hard on Steele.

"Michael Steele, you are head of the RNC. You are not head of the Republican Party. Tens of millions of conservatives and Republicans have nothing to do with the RNC and right now they want nothing to do with it, and when you call them, asking them for money, they hang up on you," he said Monday. "I hope that changes... It's time, Mr. Steele, for you to go behind the scenes and start doing the work that you were elected to do instead of being some talking-head media star."

Ed. note: This post has been updated since it was first published in order to reflect Steele's apology.