How to build a torture commission

Experts are in surprising agreement: Decide later whether to prosecute Bush officials, and keep members of Congress off the panel. 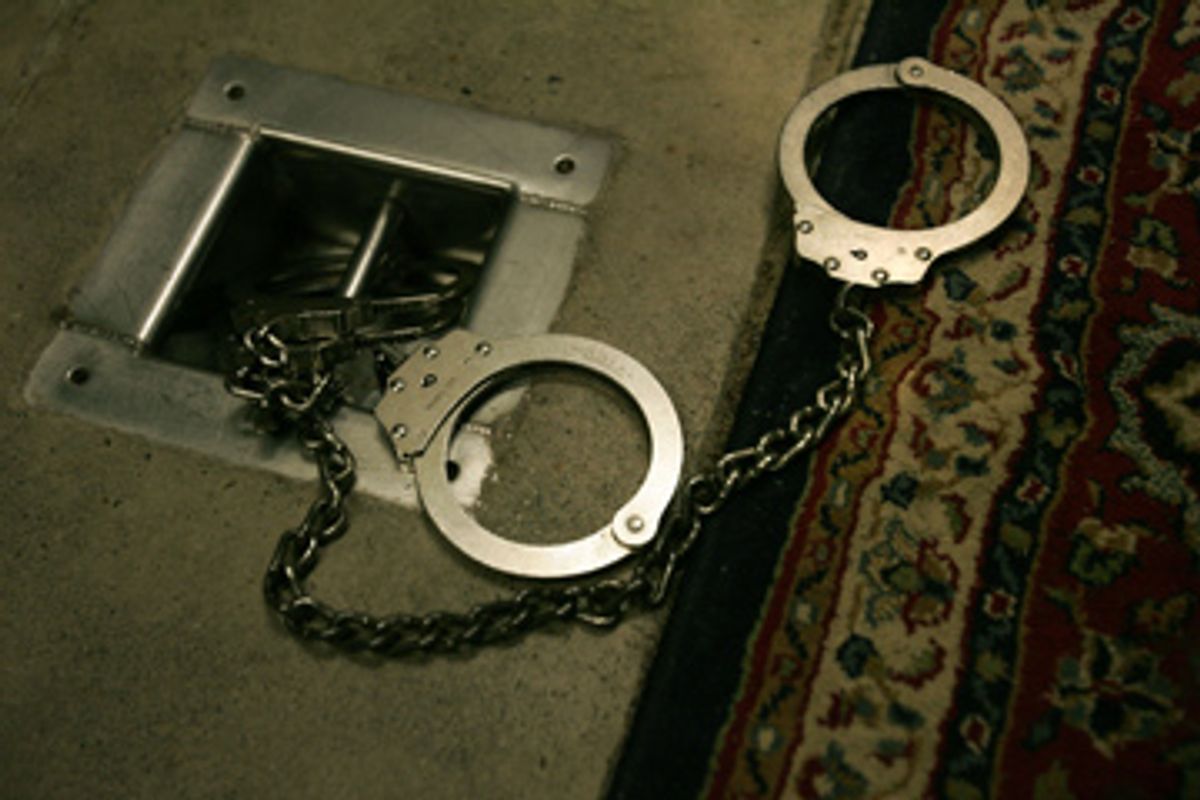 The revelation that the CIA destroyed 92 tapes showing the brutal interrogation of terror suspects provided another stark reminder of how much remains unknown about national security mischief during the Bush administration. On Monday, the Justice Department also released a raft of previously undisclosed legal opinions drafted during the Bush era articulating additional wartime power for the president, on issues ranging from curtailing free speech to conducting warrantless searches.

Against that troubling backdrop, on Wednesday the Senate Judiciary Committee will begin to study how to conduct an investigation of national security issues during the Bush administration, focused mostly or exclusively on torture. Staff say committee leaders remain genuinely undecided about almost every facet of how to proceed, including the mandate, scope and membership of any investigative body. The hearing will zero in on how, exactly, to move forward.

No decisions have been made on the question of whether, when and how to prosecute Bush officials who may have broken the law. There are certainly attorneys who believe the Obama administration should prosecute such officials for torture, and that the truth will come tumbling out during their trials while justice is also served. There may be more attorneys who believe those prosecutions would fail on both counts. Experts on government fact-finding missions interviewed by Salon, however, articulated surprisingly similar advice for Congress on how to conduct spadework on the torture issue, including unanimity on exactly who should not participate in an investigation: current members of Congress.

"My thought is that is probably not the way to go in this case," said Kenneth Kitts, author of "Presidential Commissions & National Security: The Politics of Damage Control." Kitts noted that Congress has investigated abuses by the CIA before, such as the famous 1970s-era Church Committee review of domestic spying and other issues. In general, though, Kitts said, current lawmakers complicate progress by bringing their own political agenda into the hearing room. (President Ford labeled the Church Committee "sensational and irresponsible," according to Kitts' book.)

"Whenever you talk about a committee composed of members of Congress, however good and however well-intentioned they are, they bring a lot of partisan baggage to the table and they are going to be encumbered by political considerations that those removed from active government service would not have," Kitts said.

Kitts and other experts suggested the creation of an independent commission, buoyed by force of law, generously funded and staffed and focused almost exclusively on detention and interrogation issues during the Bush administration. It would be something along the lines of the 9-11 Commission.

"I would prefer a commission of well-known figures, not bipartisan but non-partisan," said Juan Mendez, president of the International Center for Transitional Justice, an organization that assists countries pursuing accountability for past mass atrocity or human rights abuse. By nonpartisan, Mendez said he meant individuals with reputations for integrity and not known for having a political ax to grind. "I would prefer that members of Congress not be part of it," he said.

The commission should investigate torture, but probably refrain from wandering into other abuses such as warrantless wire-tapping, most experts said. "It is not a good idea to frame it as, 'Let's look at everything the Bush administration did,'" explained Lisa Magarrell, who works with Mendez at the ICTJ. She suggested that Republicans would reflexively label a broader mandate as a political witch hunt.

Interestingly, experts interviewed by Salon seemed generally nonplussed by the hot button questions in the what-to-do-about-torture-now debate: Should Bush officials be prosecuted? And if there is a commission, should the panel offer blanket immunity for participation, such as South Africa's Truth and Reconciliation Commission?

The answer to the first question, the experts said, is to punt for now. "The idea would be to decide whether to prosecute after the commission completes its work," explained Mendez. The uncovered facts would dictate the next move. The panel could send recommendations to the president.

Mendez also dismissed the idea that offering blanket immunity would lubricate the panel's work. "It is not true that commissions are more effective by getting perpetrators to speak out premised on immunity," he said, using South Africa as an example. "They got very little out of it. Almost nothing. They granted people immunity and they basically said what they had said before or lied." Mendez said commissions get their best information from government files and testimony of victims.

Some proponents of a torture review, including retired Maj. Gen. Tony Taguba, predicted in recent interviews that high-level Bush administration officials are unlikely to step forward and admit wrongdoing regardless of immunity. Several suggested the panel grant immunity for individual people only under very limited circumstances and on a case-by-case basis.

A Gallup poll last month showed that 62 percent of Americans support either an investigation or prosecution of Bush administration officials for torture. Sources familiar with the administration's thinking say Obama's team has thoroughly thought through the concept of a torture investigation. President Obama, however, has remained cool to the notion in his public statements.

"I thought all along that Obama would not be particularly inclined to go after the perpetrators," said Mendez. "His theory of overcoming partisanship would be his priority." That doesn't mean doom, however, for a commission. "It seems to me that Congress is trying to push Obama in the right direction," he added. "I don't think the Obama administration will stand in the way of justice."