The president's lawyers continue to block access to information that could expose warrantless wiretapping. Is this change we can believe in? 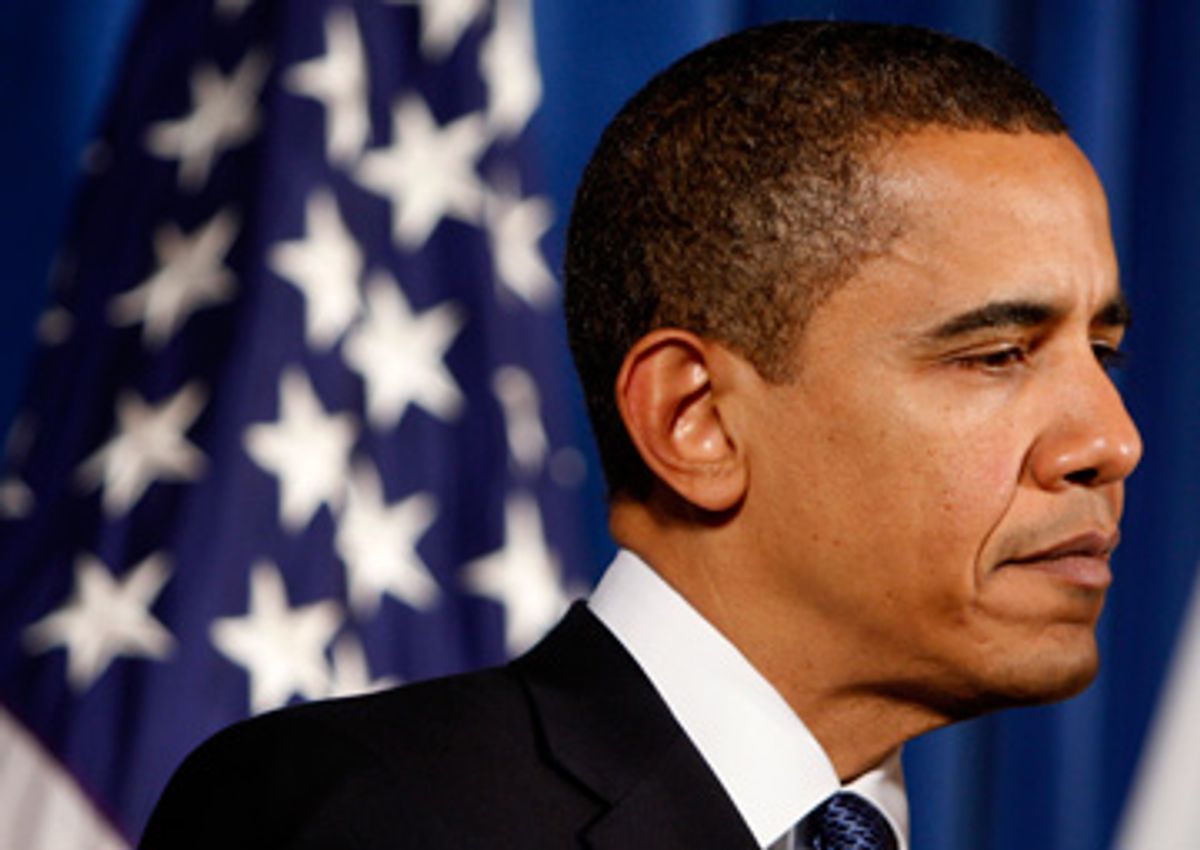 Last July and September, I recounted in Salon how, in the case of Al-Haramain Islamic Foundation Inc. v. Bush, where I am one of the plaintiffs' lawyers, government attorneys for the Bush administration had gone to extreme and even bizarre lengths to prevent the federal courts from determining the legality of President Bush's warrantless wiretapping program. The government's problem is a top-secret document that the Treasury Department accidentally disclosed to Al-Haramain, an Islamic charity in Oregon. The Treasury Department was investigating the charity in 2004 for purportedly financing terrorist activities. We believe the document confirms the surveillance of Al-Haramain and two of its lawyers as part of the 2004 investigation, and confirms their standing to sue as victims of the program, and for an adjudication of its illegality.

For three years, the Bush administration attempted to assert the state secrets privilege in an effort to prevent us from using the secret document to establish standing. (The state secrets privilege, which is rooted in a 1953 Supreme Court case, allows the government to squelch civil lawsuits involving classified evidence that is a state or military secret.) On Jan. 5, 2009, United States District Judge Vaughn Walker issued a key ruling in our favor, saying that, upon issuance of top secret security clearances to some of the plaintiffs' attorneys, we may be given access, under secure conditions, to the secret document as well as other secret material filed by the government in the case, for the purpose of adjudicating standing. After extensive background checks by the FBI, the government granted top secret security clearances to us.

On Jan. 20, Barack Obama became president of the United States. This gave us "hope." We finally expected to see, in the Justice Department's handling of the case under Attorney General Eric Holder, some "change we can believe in." But it hasn't happened. Incredibly, the Justice Department has continued to assert the state secrets privilege in the Al-Haramain case, even though Judge Walker ruled last July that the privilege does not apply to the case.

Thus, during the first weeks of the Obama administration, the government is continuing to abuse the state secrets privilege in the Al-Haramain case. The Obama administration, while taking a big step this week toward government transparency by releasing some Bush-era secret memos, at the same time seems to be continuing the Bush-era strategy of preventing the courts from passing judgment on Bush's (well, really Dick Cheney's) radical theories of presidential power. The case is now called Al-Haramain Islamic Foundation Inc. v. Obama.

On Feb. 27, the 9th Circuit Court of Appeals rejected an emergency request by the Justice Department -- that's Obama's Justice Department -- for an immediate stay of further proceedings before Judge Walker. The 9th Circuit's ruling allows Judge Walker to give us access to the secret court filings and adjudicate standing. That evening, the government attorneys did something mind-boggling: They informed Judge Walker in a public court filing that if he intends to give us access to the secret filings in the case, the government will "withdraw that information from submission to the Court." Evidently that means executive branch authorities (who? the FBI? the Army?) will attempt to seize the documents from Judge Walker. That would be a violation of the constitutional separation of powers, unprecedented in this nation's history. Incredibly, the Obama administration seems to be provoking a separation-of-powers crisis between the executive and judicial branches.

In yet another public filing with Judge Walker on Feb. 27, the government lawyers informed him that the government's previous secret filings in the Al-Haramain case contain "an inaccuracy" that "cannot be set forth on the public record." The "inaccuracy" is described only in secret filings accompanying the public filing. It appears that high officials in the Bush administration asserted a falsehood or falsehoods in their previous secret filings with the court, which the Obama administration is attempting to keep secret. What could that "inaccuracy" be? We haven't a clue, because ... it's a secret!

What on earth is going on here? Have Obama's people really decided to continue traveling the Bush path of abusing the state secrets privilege -- perhaps for reasons of political expediency -- or do they just need more time to get up to speed on the Al-Haramain case before they start doing the right thing? We wait to see. And we wait to see how Judge Walker responds to these latest outrages by the Bush -- oops, I mean the Obama -- administration.