I was a teenage socialist!

Sort of. And I still don't understand the media's sudden, silly fixation with Obama and that lost ideology. 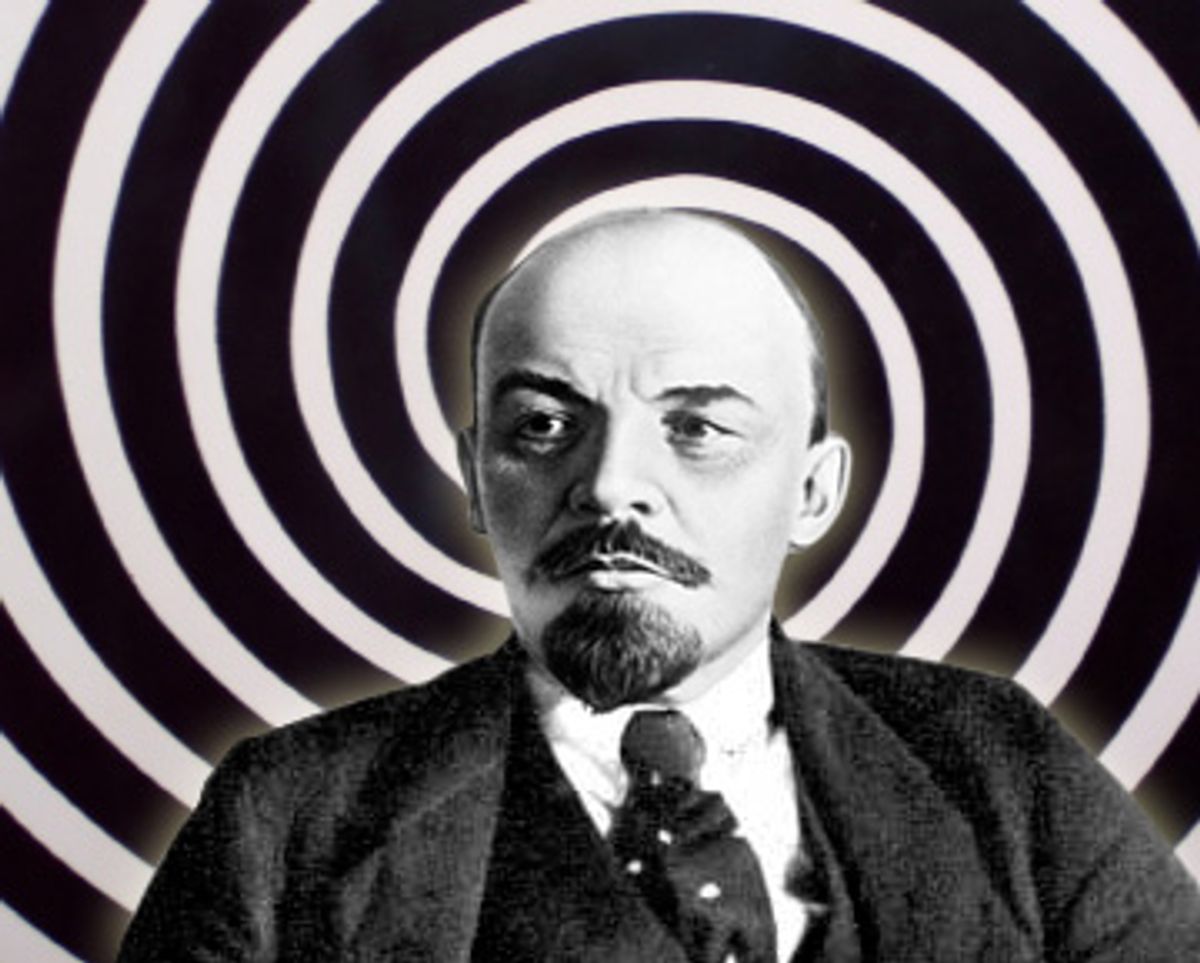 I used to be a socialist, I think. I stumbled into it, kind of like falling in with a rebel crowd at school (the two things are actually related). Not long after college, I took a job with the late, great Jimmy Weinstein's "In These Times," back when it was known as "the independent socialist newspaper."

So I guess that made me a socialist. I'm not sure. I didn't have to sign any papers, or take an oath. Even then, the label seemed musty, and indeed, the gesture was Weinstein's salvo in an ancient battle on the American left that long predated me. But I was raised to admire Michael Harrington and his still-relevant "The Other America," as did the Kennedys, and I knew Harrington was also trying to reclaim the dated word for a new American left.

Basically, I didn't think a lot about the whole socialism thing. I did my job, covering the Geraldine Ferraro and Jesse Jackson campaigns, the rise of Silicon Valley, the gender gap that seemed ready to help the Democrats in  '84 -- exactly the kinds of things I still cover in the age of Hillary Clinton and Barack Obama, the dot-com boom and bust and the current search for news business models; American feminism and conditions for women around the world. But I did  believe embracing the socialism label was brave of Weinstein and his cofounders; why not tell the truth about what you believe?

The problem was, no one knew the truth. There is no "truth" about socialism, there are truths; just as there is no socialism, but many socialisms. It quickly came to seem like a lost battle, as well as a label papering over differences on the American left (as well as within ITT). Neither socialism nor real social democracy ever took hold in the U.S. for many cultural and political reasons, ranging from our individualist frontier mentality to our unrivaled racial and ethnic diversity, to vicious red-baiting at crucial points in history, to the power and creativity of big monied interests consistently over time (think of Karl Rove as a modern day Mark Hanna; certainly he does).

So at a certain point -- I was already gone -- ITT dropped the socialist modifier, and the paper's tag line became "With Liberty and Justice for All." The change made sense: Why tie yourself to an ideology that you constantly have to explain, anyway? It hadn't been a shortcut to understanding; it was an obstacle. The magazine and Web site are still around, doing good work, the same kind of work we did 20-plus years ago. I honestly hadn't thought a lot about the socialist label since then, until John McCain and the right wing started calling Obama a "redistributionist" and a Marxist last fall.

I assumed it would fall flat with voters, most of whom had no adult memory of the days when "socialist" or "Marxist" was the sort of label that scared people, and I was right. But the right has hung onto the notion, and it's spreading a little bit -- CNBC's crazy Jim Cramer recently called Obama a "Bolshevik," an even older, more obscure,  more irrelevant slur.

I hadn't really thought this outdated label could get attached to Obama, beyond the right-wing fringe and the increasingly defensive CNBC set, until I read the New York Times interview with Obama on Sunday. Five questions into the conversation (according to the published transcript), Times reporter Peter Baker asked this semi-shocker: "The first six weeks have given people a glimpse of your spending priorities. Are you a socialist as some people have suggested?"

I was surprised by the question, and so was Obama. He quickly answered no, and Baker pushed him: " Is there anything wrong with saying yes?" Ultimately, Obama avoided that question, along with efforts to label him a "progressive" or a "liberal," but he later called the Times back, a little peeved:

Just one thing I was thinking about as I was getting on the copter. It was hard for me to believe that you were entirely serious about that socialist question. I did think it might be useful to point out that it wasn’t under me that we started buying a bunch of shares of banks. It wasn’t on my watch. And it wasn’t on my watch that we passed a massive new entitlement -- the prescription drug plan without a source of funding. And so I think it’s important just to note when you start hearing folks throw these words around that we’ve actually been operating in a way that has been entirely consistent with free-market principles and that some of the same folks who are throwing the word socialist around can't say the same.

NYT: So whose watch are we talking about here?

Well, I just think it’s clear by the time we got here, there already had been an enormous infusion of taxpayer money into the financial system. And the thing I constantly try to emphasize to people is that coming in, the market was doing fine, nobody would be happier than me to stay out of it. I have more than enough to do without having to worry about the financial system. The fact that we’ve had to take these extraordinary measures and intervene is not an indication of my ideological preference, but an indication of the degree to which lax regulation and extravagant risk taking has precipitated a crisis.

I think that covers it.

Not quite "The Rock Obama," but pretty strong. So was Baker wrong to ask the question? I'm honestly ambivalent. He introduced a crazy right-wing talking point into the middle of an otherwise sober, informative interview with the president. It felt more like an ambush by Fox News than the kind of smart reporting we expect from the New York Times.

On the other hand, the indispensable Greg Sargent at the Washington Post's Who Runs Gov Web site e-mailed Baker to ask him why he asked the question. Baker said this:

The goal of the question was to get at the same issue your sister publication, Newsweek, was addressing with its recent cover story, “We Are All Socialists Now.”

The point is not the label, per se, but the question of whether the times and the solutions under consideration represent some sort of paradigm shift in our national thinking about the role of government in society. In a moment of taxpayer bank bailouts and shifting tax burden proposals and exploding deficits and expansive health care and energy plans, what is the future of American-style capitalism?

We were also interested in exploring how a new president defines his political philosophy, something that has been the subject of intense debate. We wanted to draw him out on all of that and I think his answers, both in the interview itself and the follow-up phone call, were interesting and important.

I'm hard-pressed to say there are any questions (besides personal and prurient ones) journalists shouldn't ask the president, but this one came pretty close. The real problem for me was the way the socialism question was framed: In the context of Obama's spending priorities, as outlined in the budget. New York Times reporters should have a working knowledge of Keynesian, as opposed to Marxian, economics. Obama inherited the worst mess of our lifetimes, and many economists on both sides of the aisle say he has to spend heavily, since government is the spender of last resort. That's the context for his budget, not some hidden socialist agenda.

Plus, Obama is younger than I am (a little) and American socialism is even less relevant to his thinking. Trust me: Democrats don't go around debating socialism anymore (or at least they don't invite me, and trust me, they used to), or trying to repackage it into something deceptively homegrown, only to launch the real thing later when Americans aren't watching. How much the government gets involved in the economy is a small-d democratic capitalist concern, and Obama follows in the footsteps of Bill Clinton, like it or not, as a liberal who cares about the poor but who nonetheless holds free-market principles as a given. Everybody left of Rush Limbaugh knows that. John McCain certainly knows that. This is another right-wing distraction from terrible economic problems that, frankly, could destroy American capitalism as we know it.  And that's not a threat, it's a fact. The Bush-caused crisis could bring down our economic system, not Obama's prescription to cure it.

Still, Baker and the Times got the question out there, and let Obama answer it. It's not going to stop the terrorists of the right from throwing the slur around, but maybe Obama's answer will chasten the rest of the reality-based media from thinking it's a relevant question, after all. We have really serious problems, and Obama's secret socialist agenda isn't one of them.

I am confident my favorite newspaper will self-correct and resume asking informed questions about what those problems really are -- and minimize the influence of Fox News-style ambush interviews about socialism, as well as Maureen Dowd's obsession with Michelle's biceps. But if they don't, they'll be another casualty of the current climate of ideology and idiocy. Meanwhile, ITT is still hanging in there: Read this typically smart analysis of Obama's priorities from the always informative David Moberg.