Obama to AIG: You don't deserve the money

The president instructs the treasury secretary to "pursue every legal avenue" to block the bonuses. Barney Frank has a simpler solution: Fire the bums. 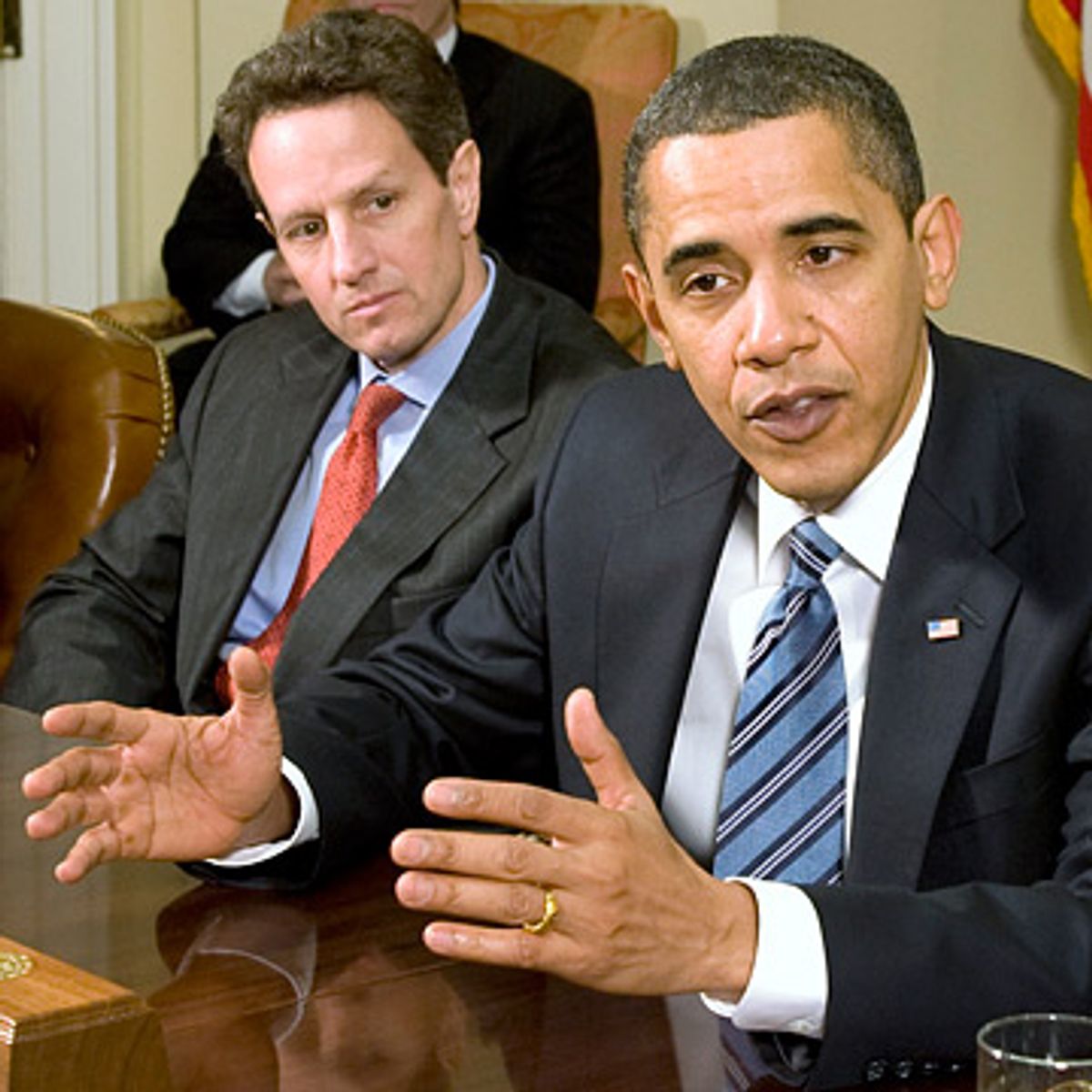 On "60 Minutes" Sunday night, Ben Bernanke noted that he had "slammed the phone" down more than a few times when learning about some new outrage about AIG. In light of the firestorm now raging over the bonuses owed to the AIG traders responsible for selling the credit derivatives at the heart of the financial crisis, one imagines quite a few more phones have been slammed down this morning. Or, given the new technology at the White House, maybe its just BlackBerry keyboards that are getting hammered harder than usual.

The Wall Street Journal has the text of a statement President Obama will be delivering shortly, in which he notes that "it's hard to understand how derivative traders at AIG warranted any bonuses, much less $165 million in extra pay. How do they justify this outrage to the taxpayers who are keeping the company afloat?"

In the last six months, AIG has received substantial sums from the US Treasury. I've asked Secretary Geithner to use that leverage and pursue every legal avenue to block these bonuses and make the American taxpayers whole ... This isn't just a matter of dollars and cents. It's about our fundamental values.

But what would those "legal avenues" be? Can the contracts be broken? Barney Frank, D-Mass., offered his own suggestion to the "Today" show Monday morning:

These people may have a right to their bonuses; they don't have a right to their jobs forever. The federal government now is the 80 percent owner. One of the things we can do to make sure this doesn't happen again -- we've got people who are so irresponsible. And by the way, it does appear to me we're rewarding incompetence ...

We can't keep them from getting the bonuses, but we can keep some of them from continuing in their jobs.

But according to AIG's current CEO, appointed last fall, the very traders responsible at issue are critical to the insurance company's plans to repay the U.S. government for its bailout help! In a letter to Treasury Secretary Geithner, dated March 14, Edward Liddy declared himself helpless.

Some of these payments are coming due on March 15, and, quite frankly, AIG's hands are tied. Outside counsel has advised that these are legal, binding obligations of AIG, and there are serious legal, as well as business, consequences for not paying. Given the trillion-dollar portfolio at AIG Financial Products, retaining key traders and risk managers is critical to our goal of repayment.

I am skeptical that the Federal Reserve is ever going to see a significant percentage of the hundreds of billions of dollars it has funneled to AIG returned to its coffers. But maybe that's because AIG's traders lack the proper incentives. So here's my solution. The traders should step up and refuse the bonus money that is owed them until AIG has made good on its debt to the U.S. government.

If they don't like that deal, Barney Frank and Andrew Cuomo will hold the exit door open for them.