Pinched: Tales from an economic downturn

Salon's recession series zooms in on our new financial reality with a clickable map of personal stories about life in uncertain times. 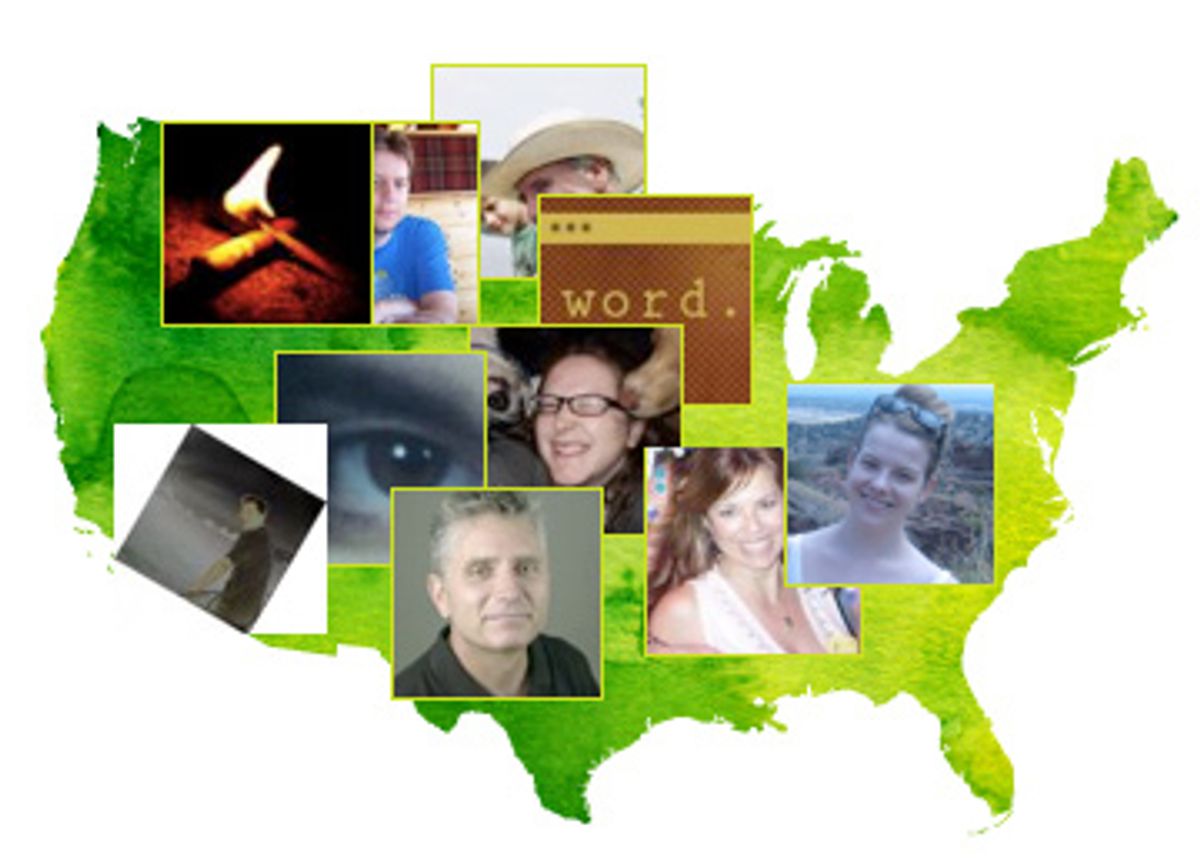 Last fall, Salon launched a series called "Pinched: Tales From an Economic Downturn," about the ways the economy is affecting our lives. We aimed to create a mosaic of our common experience in crisis -- dispatches from across the country about how we navigate through this disorienting fog and the unlikely cultural shifts (and gifts) that occur as we do so. The series went on hold during the election and Obama's first months in office, but we're bringing it back today, with a story by Rosecrans Baldwin about yet another increasingly common experience of our cash-strapped times: moving in with the in-laws.

Below you'll see a clickable, interactive map of many more true-life tales of the recession: Most of these have been culled from Open Salon, our social content site where members have been sharing their own accounts of layoffs and financial anxiety. Also included are previous installments of "Pinched" (branded with the Salon logo), which run the gamut from Mary Elizabeth Williams' searing tale about the cost of divorce to Steve Almond's spirited argument for starting your own recession garden.

As the the series continues, with installments every other Monday, we'll continue to update this map. Check back as we add more honest, inspiring stories about the attempts to preserve our lives -- or re-create them entirely.

Send your own recession story to the Pinched series. You can also join Open Salon and post your own. Just be sure to tag it: "Pinched."