Pundits seem more aghast that the White House hit back than at Cheney's vicious claims that Obama is making us less safe. 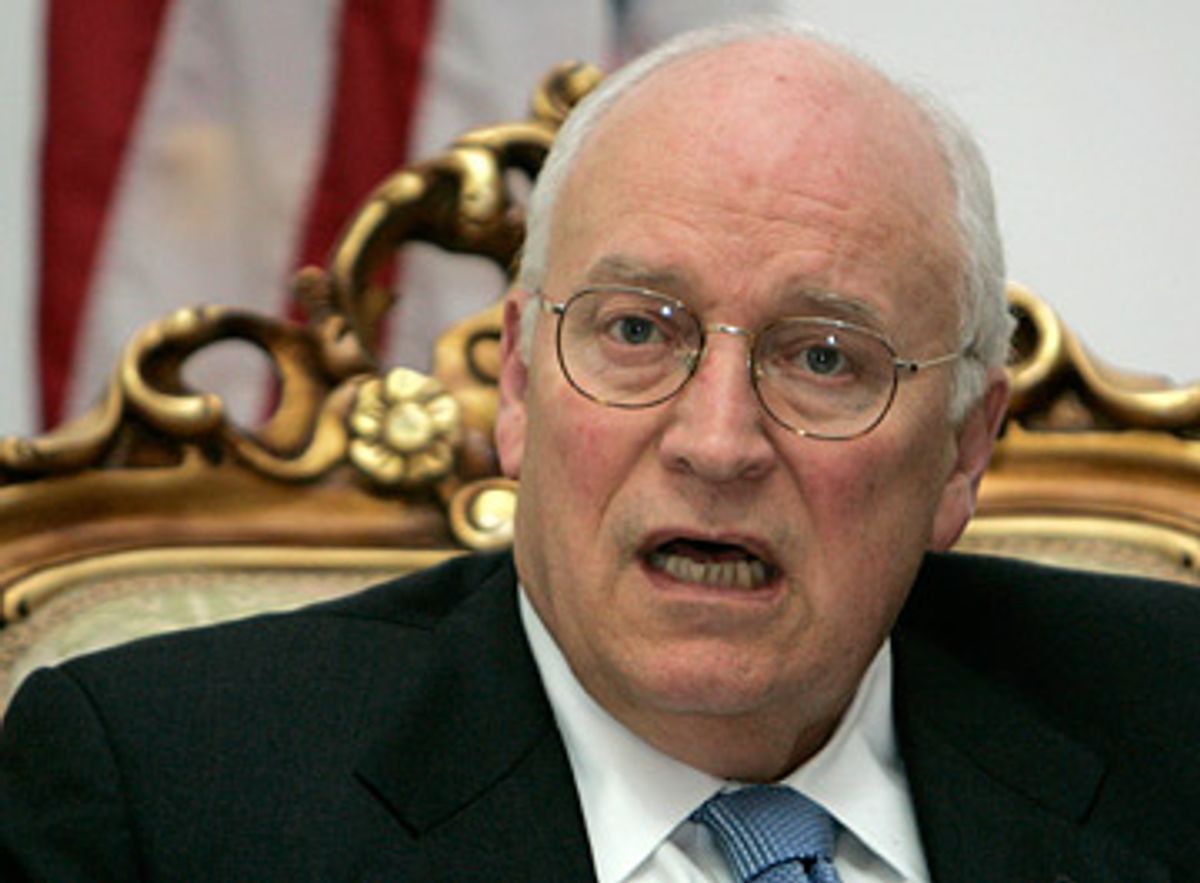 I loved the way White House press secretary Robert Gibbs dismissed former Vice President Dick Cheney's outrageous claims – for the second time – that President Obama is somehow making the nation less safe. "I guess Rush Limbaugh was busy," Gibbs said in response to Cheney's insults. "So they trotted out the next most popular member of the Republican cabal."

I expected more outrage about Cheney's divisive and baseless charges. Since when do former vice presidents pounce on a new administration so quickly? Since never. Cheney's continuing his political hatchet man role, so why shouldn't Gibbs hit back?

Instead, though, a lot of the outrage, or at least tut-tutting, has been at Gibbs. In MSNBC's "First Read" today, Chuck Todd asks: "Is Robert Gibbs' open disdain for Cheney acceptable to a president who promised to move beyond petty political squabbling? And does the president agree with Gibbs' description of the loyal opposition as 'the Republican cabal'?"

Let me try to answer both questions: I'm sure Obama is fine with Gibbs' take on Cheney. Remember how often he used to joke on the campaign trail about his sadness at finding out his secret relative was Dick Cheney? Or rail against "Scooter Libby justice"?

To Todd's second point: Gibbs' reference to the "Republican cabal" wasn't tarnishing the entire GOP opposition -- though I'm not sure any of it can be described as "loyal," since they are clearly blocking Obama's plans for political and not policy reasons. (Remember all the louts who voted against the stimulus and budget, for instance, and then touted the programs and earmarks that helped their districts when both measures passed?)  Gibbs was referring to the cabal of GOP hatchet men -- Limbaugh, Glenn Beck and clearly Cheney -- who have been impugning Obama's competence and integrity from Day One.

Gibbs knows what he's doing: Cheney is the despised public face of torture, and of disdain for human rights and the rule of law. I will always remember that Todd Purdum Vanity Fair profile of Cheney, which featured him, after all of his heart surgery, oversalting his steak and cutting the whole thing into small pieces before tearing into it with gusto. I loved that image: I imagined him doing something similar with the Constitution.

I wish the Obama White House would go beyond politically trash-talking Cheney, though, and investigate whether he can be prosecuted for war crimes.  A girl can dream. Until then, I believe Cheney is fair game for Gibbs and anyone else in the White House, and pundits should stop acting like prissy hall monitors when the Obama team hits back.