Clips from the naughty parts of the Fox News host's audiobook have hit the Internet -- listen here, if you can stomach it. 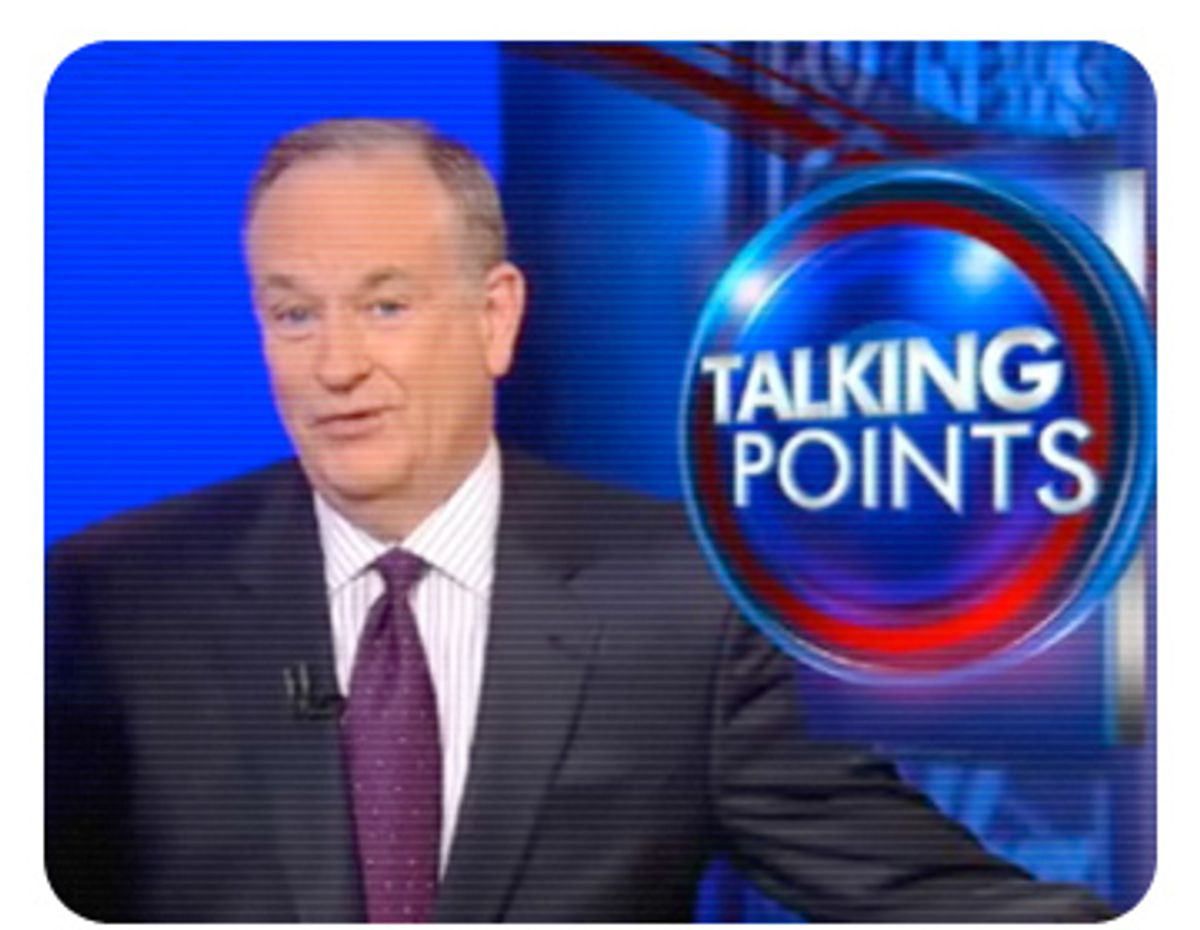 Ever wonder what it would sound like if Fox News host Bill O'Reilly got up close and personal talking about sex with you?

Wonder no more. The Village Voice's Alan Scherstuhl had the rather brilliant idea of obtaining a copy of the audiobook of O'Reilly's 1998 novel, "Those Who Trespass," and putting some of the most, er, interesting parts online. Depending on your point of view, what Scherstuhl did was either a great journalistic service or something not unlike unleashing the greatest curse mankind has ever known upon the world. (I tend to lean toward the latter option.)

If you've never heard of it before, "Those Who Trespass" is largely O'Reilly's revenge fantasy against all those in the media world who'd wronged him and forced him into what, at that time, had been a largely undistinguished career. And as we here at Salon have previously noted, O'Reilly's sex writing within the book is bad -- really, really bad.

Hearing him actually read it out loud is worse: Both profoundly un-sexy and deeply disturbing. Naturally, I listened to it repeatedly, shocked into a sort of stunned, horrified silence. In order to bring you the same experience -- really, just describing this can't possibly do it justice -- we've made a few of the many clips Scherstuhl put online available for your listening pleasure below. If you can stand it, he's got many more over at the Voice's Web site.

Obviously, these clips are not safe for work listening, and you should not have small children or anyone with a heart condition within earshot when playing them.

These first two bits of audio, according to Scherstuhl, come from a scene in the book when a crack dealer named Robo is talking to his underaged girlfriends. In the first, O'Reilly reads the words, "Say baby, put down that pipe and get my pipe up." In the second, he says, "I would like you to unhook your bra and let it slide down your arms. You can keep your shirt on."

I can't bring myself to describe this last clip -- let's just say it ends with O'Reilly reading the words, "Obviously, he preferred oral sex to oral hygiene."