Michelle Obama is announced as the latest "female role model" to get the comic book treatment. 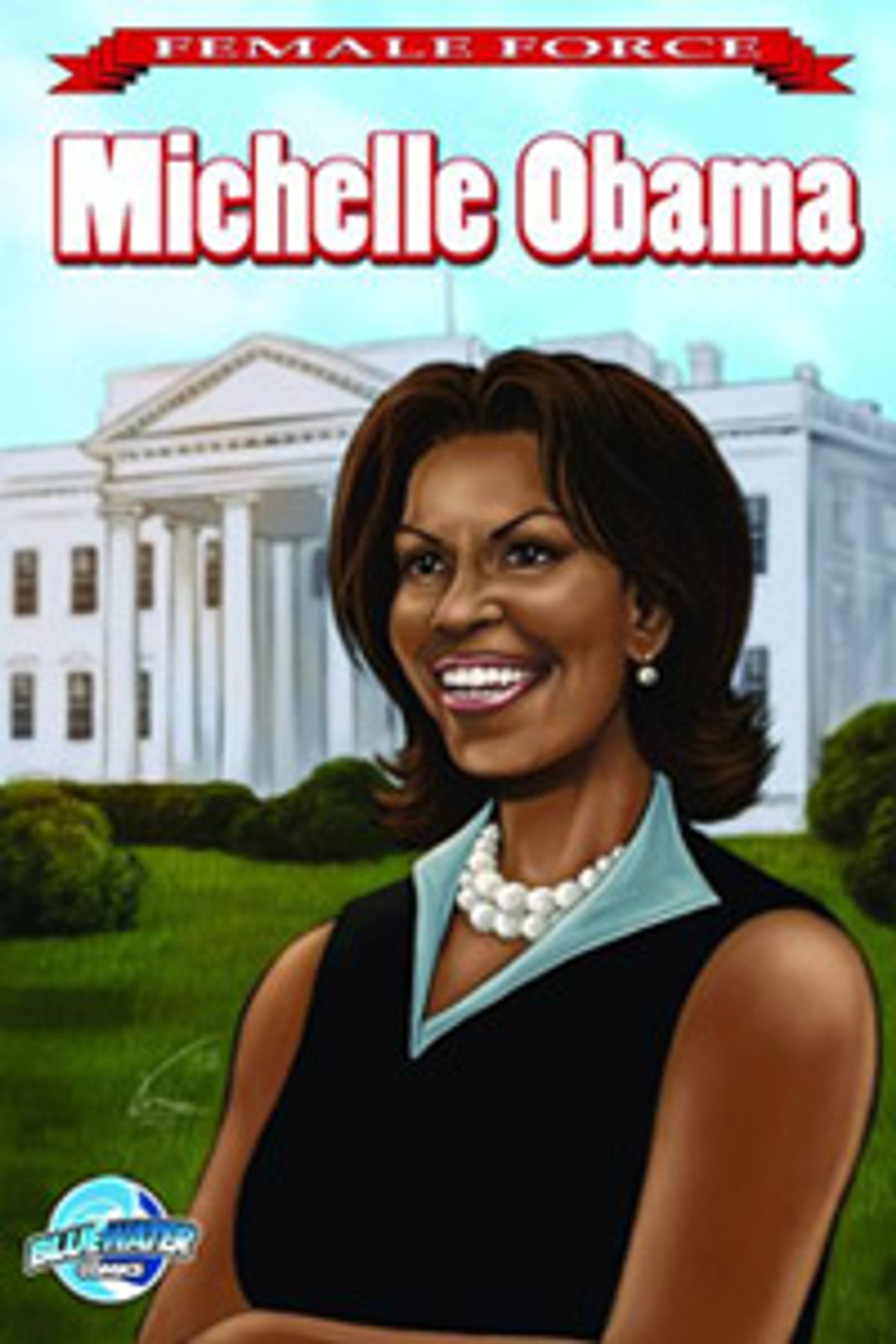 Mind faster than a speeding bullet, arms more powerful than a locomotive, able to leap the corporate ladder in a single bound! It's Super Michelle! That's right: The first lady is joining the ranks of Hillary Clinton, Sarah Palin, Caroline Kennedy and Princess Diana, and starring in her very own unauthorized comic book.

But, sadly, Obama isn't getting the cape-and-tights treatment. Much as she would make a kick-butt superheroine -- just imagine her manhandling David Brooks! -- the comic will simply tell the story of her life. It's basically a picture book biography. Witness her growing up on the South Side of Chicago. Ka-pow! Watch her get into Princeton and Harvard. Zowie! See her outearn her hubbie. Ouch! Check out her move into the White House. Eee-yow!

The comic book, which is part of the Female Force series featuring the famous ladies mentioned above, will be available in April. Darren Davis, president of the company producing the series, explained to CNN: "We really want to show strong, independent, female role models in comics." But, a co-worker shot back with skepticism in an e-mail, "I am slightly dubious about plans for future comic books about other strong superhero women like Princess Diana. Perhaps they mean 'famous and widely fetishized women'?"