Head underground! Nicolas Cage is coming, followed by global disasters and the angel of doom, in this thriller about faith and apocalypse. 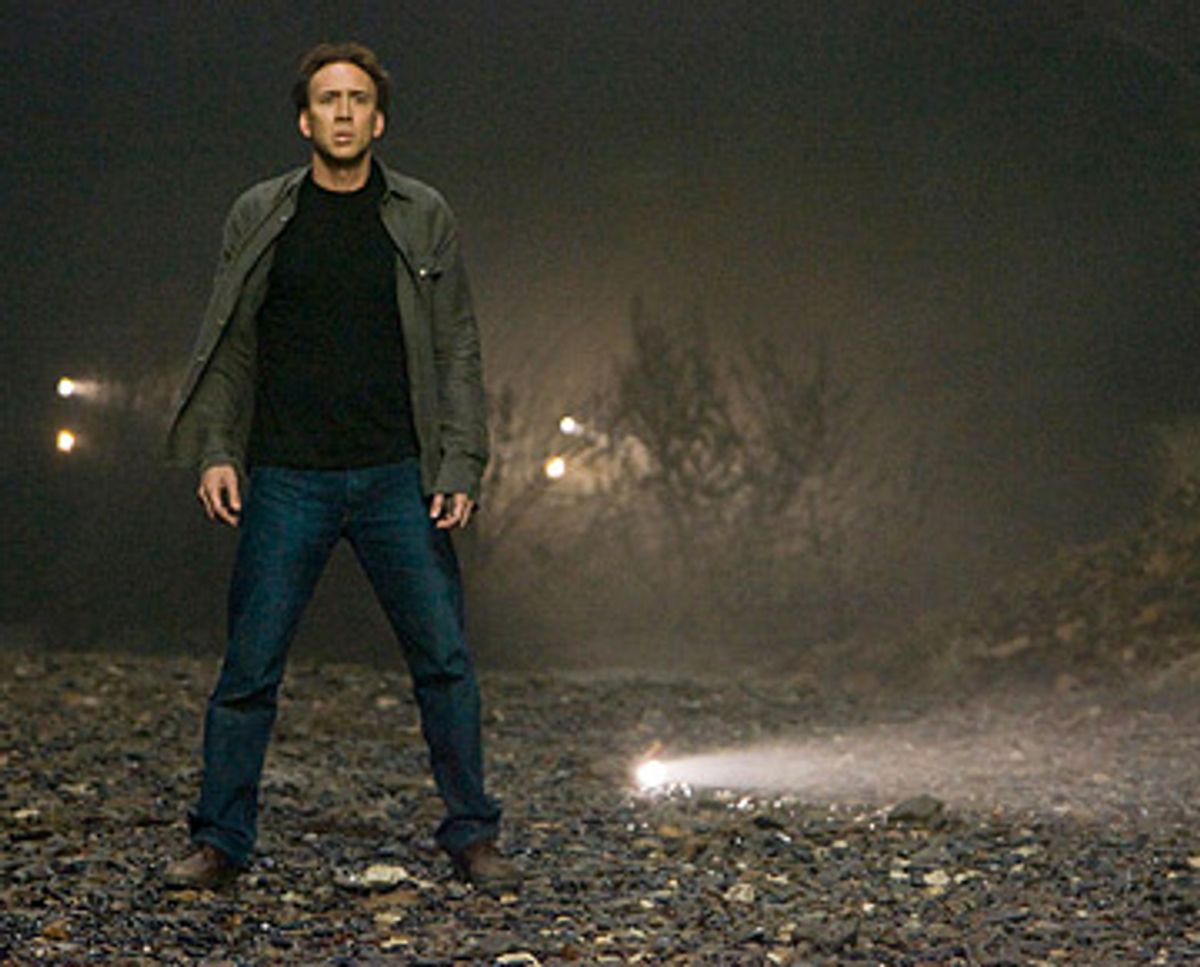 If Alex Proyas' "Knowing" were reasonably entertaining -- instead of just dour, pointless and tedious -- it would be a camp classic. My favorite moment is the one in which Nicolas Cage, as an MIT professor who's acquired a special sheet of paper that gives him the inside scoop on upcoming dire catastrophes, rings his estranged parents to warn them of impending global doom. He urges them to head underground: "The basement, the sewers, the T!" he offers helpfully.

Although I've ridden Boston's subway system many times and can vouch for its safety and relative efficiency, I wouldn't recommend it as a place to hide from the apocalypse. But according to the logic of "Knowing," well, why not? This is also a movie in which the Angel of Doom shows up in a black raincoat that looks as if it came from the sale rack at Brooks Brothers. (With his bleached-blond quiff, he also looks like Spike, from "Buffy the Vampire Slayer," except with zero sexual charisma.)

No fewer than five people are credited with having worked on the script of "Knowing," though if it were left to me to guess, I would have put that number closer to 17. There's a lot going on in "Knowing," and important themes crisscross and swerve with abandon: Cage's character, John, has recently been widowed, and he and his son, Caleb (Chandler Canterbury), are still mourning her loss. We learn early on that John, a man of science, doesn't believe in heaven, or even in -- gasp! -- God. Then a page full of mysterious numbers falls into his possession: A troubled little girl scrawled them out in 1959; they've been locked away in a time capsule ever since. When John looks carefully at the numbers, he notes a terrible sense of logic to them: They make specific references to the dates of past disasters -- 9/11, the Oklahoma City bombing, any number of plane crashes and train derailments -- and John fears they may point to future catastrophes as well. Can he stop these tragedies? Will he regain his faith? And will he meet a cute babe -- one played by Rose Byrne -- in the interim?

You probably already know the answer to at least one of those questions. As for the others, Proyas ("I, Robot") makes sure we get to see a good selection of massive disasters, including a plane crash in which victims, burning to death, scream in pain. There's also a wildfire in which assorted moose, deer and bears -- also in flames, and clearly suffering -- stampede in fear. But hey, it's all CGI, so who cares? And it's all in the service of a greater idea: We must have Faith, with a capital F.

Cage used to be a pretty consistently terrific actor, and often he's been good even in the dumb, schlocky movies he's been choosing over the past 10 years or so. But in "Knowing," he mostly just stumbles around with his mouth hanging open, dumbstruck by his realization that he knows very little about the universe and, worse yet, has almost no control over it. Thus, he must put his faith in a power greater than his own. I hope that doesn't mean his agent.