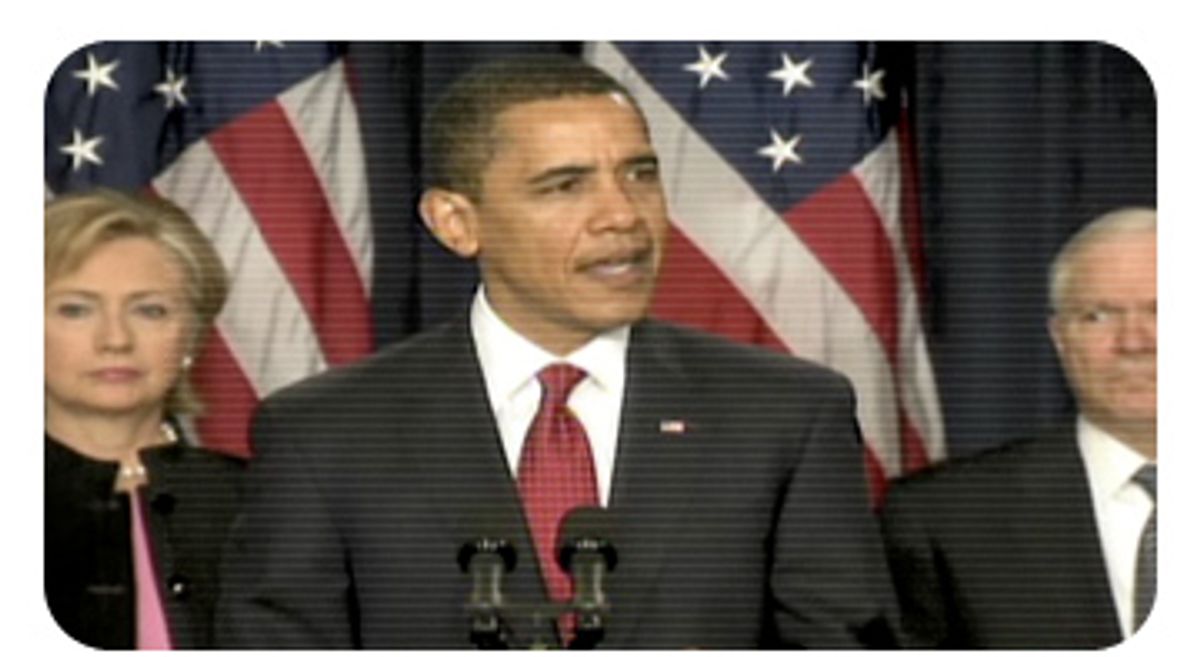 In a speech Friday morning, President Obama outlined a new strategy for the war in Afghanistan -- one that focuses on Pakistan as well, in an effort to create a comprehensive plan for dealing with the Taliban and al-Qaida.

"Al-Qaida and its allies -- the terrorists who planned and supported the 9/11 attacks -- are in Pakistan and Afghanistan. Multiple intelligence estimates have warned that al-Qaida is actively planning attacks on the U.S. homeland from its safe-haven in Pakistan, the president said in his prepared remarks. "The future of Afghanistan is inextricably linked to the future of its neighbor, Pakistan... For the American people, this border region has become the most dangerous place in the world."

In order to deal with the threat, Obama said, he's sending an additional 4,000 trainers and advisors to Afghanistan, on top of the 17,000 troops he already ordered deployed there. He also asked Congress to pass a bill authorizing $1.5 billion in aid for Pakistan every year for the next years, and said he's "ordering a substantial increase in our civilians on the ground" in Afghanistan, who are to help the country with everything from its schools to its legal system. He put a special emphasis on this aspect of the strategy, saying, "At a time of economic crisis, it is tempting to believe that we can short-change this civilian effort. But make no mistake: our efforts will fail in Afghanistan and Pakistan if we don’t invest in their future. That is why my budget includes indispensable investments in our State Department and foreign assistance programs. These investments relieve the burden on our troops. They contribute directly to security."

The president also emphasized two breaks with the Bush administration, one of them rhetorical, as he highlighted the damage al-Qaida has done to its fellow Muslims. "Al-Qaida and its allies have killed thousands of people in many countries. Most of the blood on their hands is the blood of Muslims, who al-Qaida has killed and maimed in far greater numbers than any other people," Obama said. The other was a rebuke of his predecessor's strategy in the war on terror: "For six years, Afghanistan has been denied the resources that it demands because of the war in Iraq."