Obama decides G.M., Chrysler not too big to fail

The administration has determined the two companies are not viable, and so they won't be getting additional bailout money -- bankruptcy might be next. 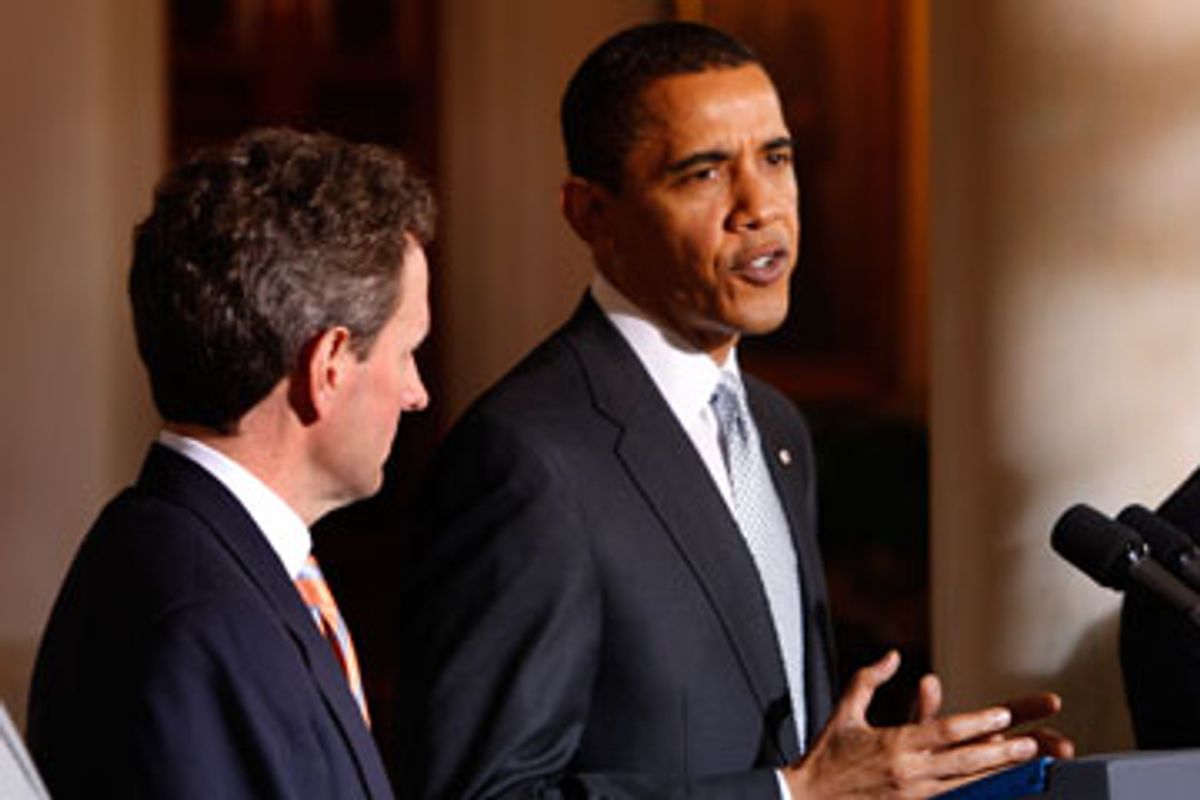 At 11 a.m. EDT, President Obama will announce something rather amazing: When it comes to General Motors and Chrysler, the government intends to allow nature to take its course, and will let the two companies go into bankruptcy if need be. That's a sharp break with the usual stance taken by administrations from both parties -- including this one -- when it comes to the Big Three automakers; normally, they're prime examples of "too big to fail."

But the Obama administration has decided the two companies simply don't deserve any more bailout money, at least not as they're currently structured. They each had until March 31 to prove their viability in order to get more funding, and by the administration's standards, neither did so, even despite G.M. CEO Rick Wagoner having resigned at the behest of the Presidential Task Force on the Auto Industry.

The president is giving both G.M. and Chrysler brief stays of execution. The latter will get 30 days' worth of "working capital" in order to come up with a plan for a merger with Fiat that the administration finds acceptable; a possible $6 billion infusion of federal funding has been offered as an incentive for the two companies to work this out. G.M., meanwhile, is getting 60 days to put together a better proposal for its restructuring than the one the White House decided to reject on Sunday night -- the longer time period reflects a greater level of confidence that the company can survive without a similar merger.

There's a danger in this announcement, of course. Both companies are likely to find it even more difficult to get anyone to buy their cars, and with good reason -- who wants to buy a car from a company that might not exist long enough to honor the warranty? To that end, the government is moving to guarantee those warranties, setting up a fund with a 15 percent contribution from G.M. and Chrysler.

The politics of this are tricky. The long-term picture is murky, and the repercussions from the decision could seriously damage Obama. (Former President Bush got tagged as someone who lost an American city after Hurricane Katrina -- Obama doesn't want to be known as the man who lost the American auto industry.) Just the impact of the news in Michigan, a purplish state that's been hurting for some time, has to have the administration's political thinkers worried.

In the short term, though, this could play out well for Obama. He looks strong and determined in the face of an awful lot of pressure, and numerous polls over the past few months have shown that this decision is likely to be a popular one, at least for now. Earlier this month, a CBS News poll found that 76 percent of Americans opposed giving any further bailout money to the automakers.