Get over your Obama Derangement Syndrome

My fellow right-wingers, calm down. The new president is not the antichrist, Stalin or even a radical. 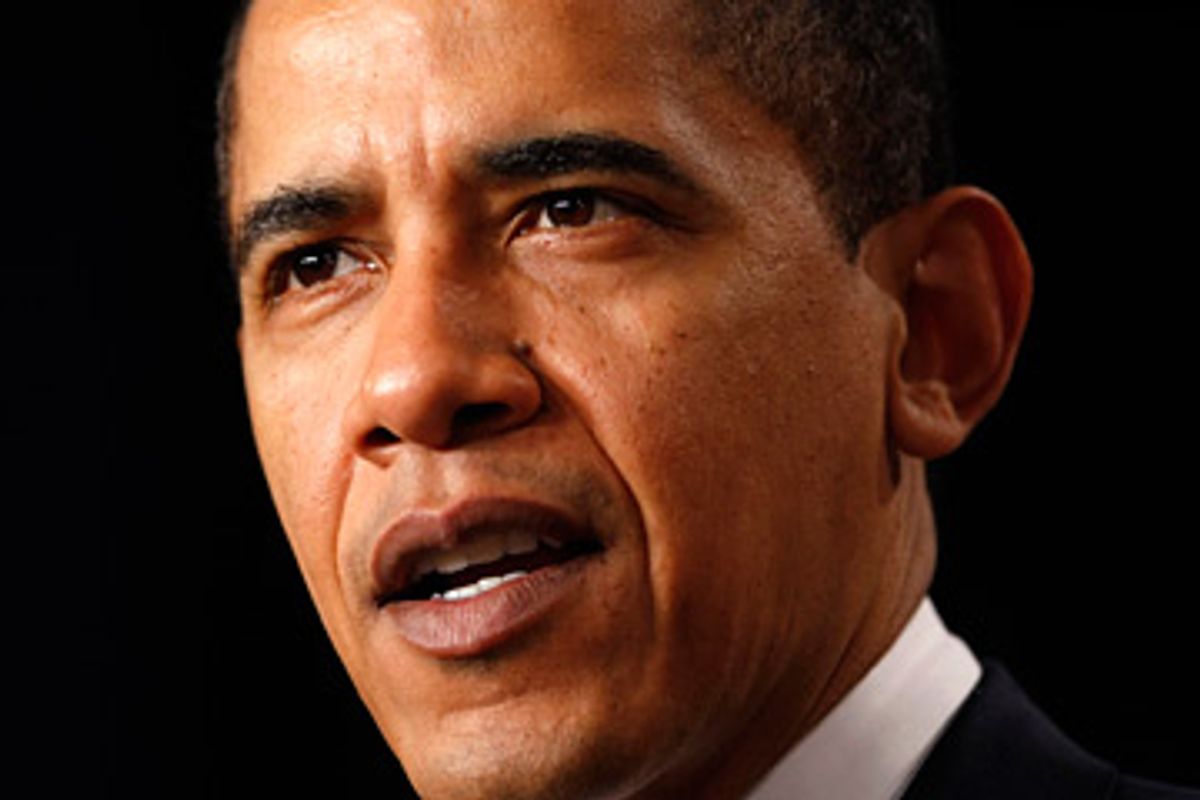 I have been watching an interesting phenomenon on the right, which is beginning to cause me concern. I am referring to the over-the-top hysteria in response to the first months in office of our new president, which distinctly reminds me of the "Bush is Hitler" crowd on the left.

Speaking of this crowd, have you seen any "I am so sorry" postings from that quarter as Obama continues and even escalates the former president's war policy in Afghanistan and attempts to consolidate his military occupation of Iraq?

Conservatives, please. Let's not duplicate the manias of the left as we figure out how to deal with Mr. Obama. He is not exactly the antichrist, although a disturbing number of people on the right are convinced he is.

I have recently received commentaries that claim that "Obama's speeches are unlike any political speech we have heard in American history" and "never has a politician in this land had such a quasi-religious impact on so many people" and "Obama is a narcissist," which leads the author to then compare Obama to David Koresh, Charles Manson, Stalin and Saddam Hussein. Excuse me while I blow my nose.

This fellow has failed to notice that all politicians are narcissists – and that a recent American president was a world-class exponent of the imperial me. So what? Political egos are one of the reasons the Founders put checks and balances on executive power. As for serial lying, is there a politician that cannot be accused of that? And once, the same recent president set a pretty high bar in this category, and we survived it. As for Obama's speeches, they are hardly in the Huey Long, Louis Farrakhan, Fidel Castro vein. They are in fact eloquently and cleverly centrist and sober.

So what's the panic? It is true that Obama has shown surprising ineptitude in his first months in office, but he's not a zero with no accomplishments as many conservatives seem to think -- unless you regard beating the Clinton machine and winning the presidency as nothing. But in doing this you fall into the "Bush-is-an-idiot" bag of liberal miasmas.

It is also true Obama has ceded his domestic economic agenda to the House Democrats and spent a lot of money in the process. But what's the surprise in this? After all, Bush and McCain both proposed (and in Bush's case pushed through) massive government giveaways (which amount to government takeovers as well). This is bad, but it doesn't make Obama a closet Mussolini, however deplorable the conservatives among us may regard it. Moreover, he's already run into political resistance even within his own party. Charlie Rangel has made it clear that the itemized deduction tax hike is not going through his committee -- and that should tell you that the American system, the one the Founders created, is still in place.

Even as astute a conservative thinker as Mark Steyn has been swept up in the tide that thinks Obama is a "transformative" radical. But look again at his approach to the wars in Afghanistan and Iraq. In both cases, as noted, he is carrying out the Bush policies -- the same that he once joined his fellow Democrats in condemning. And that should be reassuring to anyone concerned about where he is heading as commander in chief.

In other words, while it's reasonable to be unhappy with a Democratic administration and even concerned because the Democrats are now a socialist party in the European sense, we are not witnessing the coming of the antichrist. A good strategy for political conflicts is to understand your opponent first -- not to underestimate him, but not to overestimate him either.

Once conservatives do that, they will find some silver linings in the first moves of the Obama administration. Through a combination of ineptitude and zeal, Obama has in two short months locked down the conservative and Republican base. On fetal stem-cell research, on borders (e-verification), on spending, on unions, on shutting down talk radio, Obama has flexed the leftist muscle so nakedly and unmistakably that there isn't a conservative left who will vote Democratic in the next election (and there were many who did so in the last).

As we move forward, Obama faces increasingly tough choices in the wars against Islamic fascism in Afghanistan, Pakistan, Gaza and Iran. Hopefully, he will make the right choices, and should he do so conservatives will need to be there to support him. If he makes the wrong choices, conservatives will need to be there to oppose him. But neither our support nor our opposition should be based on hysterical responses to policies that we just don't like. Let's leave that kind of behavior to the liberals who invented it.