The French are right (again)

The Europeans spend more money on social programs than we do -- and get great results, in everything from universal childcare to tuition-free higher education. 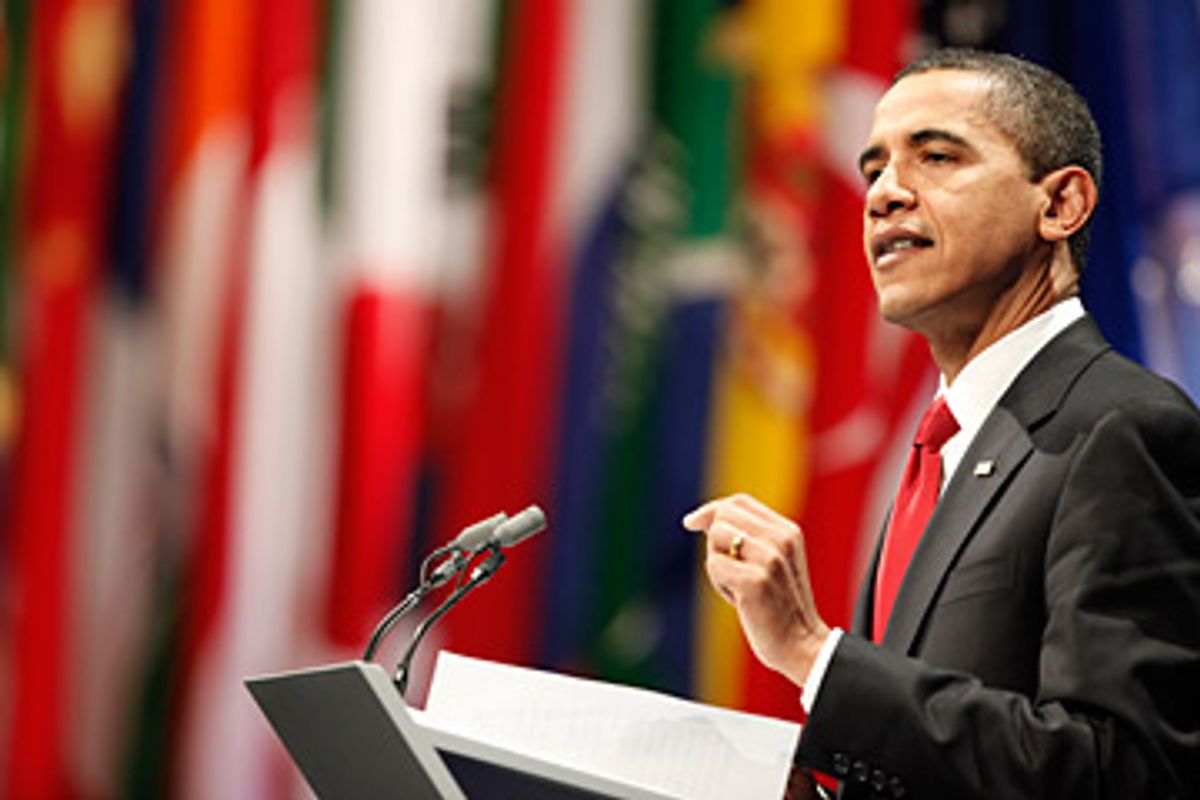 If the world is no longer enthralled by the “old Washington consensus” of privatization, deregulation and weak government, as British Prime Minister Gordon Brown proclaimed at the London G-20 summit, then now it is surely time to reconsider what that consensus has meant for us over the past three decades. We could begin by looking across the Atlantic at the “social market” nations of Europe -- where support for families and children is less rhetorical and more real than here.

Most coverage of the summit failed to observe the stinging irony of the debate over stimulus spending that brought the United States into conflict with France and Germany. Today’s American demand that the French and Germans (along with the rest of wealthy Europe) should spend much more on government programs and infrastructure contrasts rather starkly with the traditional American criticism of Europeans for spending too much.

Not that the Obama administration’s complaint about the French and the Germans is necessarily wrong; the Europeans and especially France and Germany should overcome their fear of inflation and spend more to help relieve the global recession. But then we almost always have some complaint against the French -- and the French often turn out to be right, as they were when they objected to the invasion of Iraq.

So when the French and other Europeans note pointedly that their societies routinely spend much more than ours to protect workers, women, the young, the elderly, and the poor from economic trouble, they’re merely making a factual observation. (France spends as much as 1.5 percent of GDP annually on childcare and maternity benefits alone.) Different as we are in culture and history, we might even learn something from their example, now that the blinding ideology of the past has been swept away.

By now, most Americans ought to know that Europeans treat healthcare as a public good and a human right, which means that they spend billions of tax dollars annually to insure everyone (although they spend less overall on the medical sector than we do). What most Americans probably still don’t know is that those European medical systems are highly varied, with private medicine and insurance playing different roles in different countries. Expensive as universal quality care has inevitably become, as technology improves and populations age, the Europeans broadly believe in their social security systems -- because they provide competitive advantage as well as moral superiority.

From Europe’s perspective, the same can be said of the support its governments provide to families, from the entitlements available to pregnant women and new mothers and fathers, to universal child care and tuition-free higher education, to the special benefits that assist single parents. The challenges that working families face in a globalizing world where both parents work are mitigated by policies designed to encourage balance between home and workplace and adequate attention to children.

These “socialist” measures to protect families are far more effective, of course, than all of the Sunday shouting from American pulpits about the Biblical way of life. Perhaps the leadership of the religious right, still obsessed with stigmatizing gay couples, should take note.

To Americans unfamiliar with the “social market” approach to public policy, the specifics of the European programs are stunning. In France, for instance, women are entitled to 16 weeks of paid maternity leave following the birth of their first and second child -- and 26 weeks paid leave following the birth of each subsequent child, at 100-percent of their pre-maternity wages. Men are entitled to 11 days of fully-paid paternity leave, and both mom and dad can take advantage of an additional three years of parental leave with lower benefits. Childcare is subsidized by the state as early as 18 months and by the time children are 30 months old, they are guaranteed a place in France’s free public preschools, which are staffed by well-paid teachers with graduate training in early childhood education. Similar systems and benefits can be found in countries across Western Europe (with the exception of the United Kingdom) -- and the effects on educational performance can be seen in many comparative studies. They’re happier, too, by the way (and evangelicals please note that the divorce rate in Norway has fallen by six percent over the past decade, possibly as a result of reduced pressure on families).

In the Nordic countries, benefits are even more generous in certain respects. Sweden provides parents with 15 months of paid parental leave that can be divided as mom and dad think best, and they also can choose to work six hours per day, at pro-rated pay, until their children reach their eighth birthday. (In other words, one or both parents can be home every day when school gets out.)

Like most of their continental neighbors, the nations of the north provide free or highly subsidized, high-quality child care that begins as soon as new mothers return to work. Nearly every child between the ages of three and six is enrolled in the public child care system, because it is staffed by well-paid and well-trained workers overseen by the national ministry of education. The results include not only better socialization and education of young children, but far lower poverty rates, especially among single mothers. And the security of European families is enhanced as well by the universal provision of decent old-age pensions and health care, which relieves the financial burden of supporting elderly parents while trying to raise children. So does free or low-cost university education.

It is true that globalization, aging and immigration have imposed severe pressure on the budgets of European countries, and the trend of increasing benefits that continued until a decade ago has been reversed. But it is also undeniable that despite those pressures, public and political support for the social market economy remains strong across Europe, and that free-market fundamentalism is a thoroughly discredited alternative. The old argument that the social market is unsustainable and hinders growth was never persuasive on close inspection. And the old expectation that outmoded European systems would eventually collapse into imitating ours has been swept away, along with the rest of the Washington consensus. Now perhaps we can honestly consider what America might learn from them.