Neko Case is an animal

On her new album, "Middle Cyclone," the feral songstress sounds like a minstrel along Cormac McCarthy's apocalyptic road. 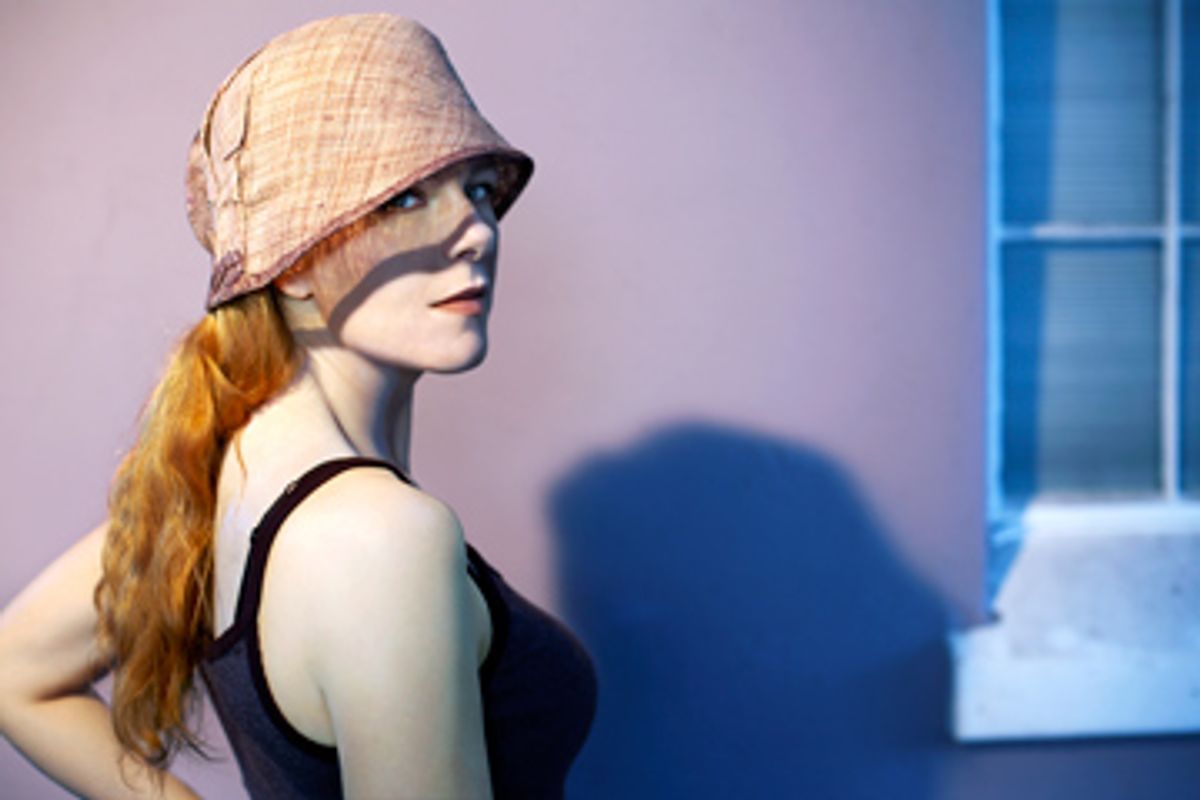 Neko Case is living in her own private Vermont. Where her metaphors connect with the world is known only to her. "She is the centrifuge that throws the spires from the sun, the Sistine Chapel painted with a Gatling gun." This comes in the forested middle of her apocalyptic new album, "Middle Cyclone." But I believe in Case. She engages the world with her imagination. Life finds meaning in dream images that burn, etched in the 3 a.m. of her soul. You won't find a "Guernica" in most singer-songwriters. They make us feel the world as we already do. This is not art. This is not rock. Case is bravely alone.

Honky-tonk and ingratiating three-chord pop, courtesy of her tenure with the hook-crazy New Pornographers, come easily to Case. Now, in studio album No. 5 with her own band, she continues to widen and hone her musical vocabulary, with echoes of New Orleans soul and Berlin cabaret, to create bold art songs. With the voodoo reverb dialed down for a change, she orchestrates warm guitars and pianos, spiced by organ and percussion, into melodies that fly and dive and hover over sorrow. Her voice, an earthy tenor with edges that cut, is propelled by a mind that never comes to rest, like an insomniac. Her emotions rise and fall and forever reverberate. When you give in to her personal apocalypse, you hear an artist striving to say one true thing. "I choke it back, how much I need love." And then, of course, "The next time you say 'forever,' I will punch you in the face."

I keep saying apocalypse and I mean it. In her literal and figurative move across the country, from suburban Washington state to small-town Vermont, Case -- who first found her way in country-punk bands, in the shadow of those hurricane furies, Sleater-Kinney -- now sounds like a minstrel along Cormac McCarthy's road. In "Fever," which staggers like a junkyard blues -- love the prickly Hawaiian guitar -- Case sees gas pumps and jackknifed trucks and "sea birds choked in fishing line." Sleeping in an open field, "marching ants across her temple," she envisions death with "his schything arms." Fear takes hold and she finds relief in a fragile mantra: "My dove is home, her breast is warm, my dove is home."

I will say one more thing about the Case of "Middle Cyclone." She is an animal. She sings so in a song called "I'm an Animal." Do you know the Edward O. Wilson notion of biophilia? "Humanity is exalted not because we are so far above other living creatures but because knowing them well elevates the very concept of life," writes Wilson. On an album that is a lyrical menagerie of elephants, killer whales, vultures, mollusks and whippoorwills (nice reference to Hank Williams), Case exalts our innate relationship with other creatures. It's a beautiful turn but it doesn't rest in folky piety. In Case's "Middle Cyclone," we are killing ourselves. In her minatory world, the mockingbird sings "screaming car alarms." Although it's true the pop-happy chorus of "People Got a Lotta Nerve" -- "I'm a man-man-man-eater" -- bops along with levity.

So you recollect "Middle Cyclone" in haunting solitude and while listening feel only the music's dazzling glow. I am tempted to compare the new album to Case's second, the rough-cut masterpiece "Furnace Room Lullaby," nothing but simple country hooks and full-throated love crashing and burning into stinging whiskey hangovers. But the comparison isn't quite fair. Case has moved on musically, finding new tempos and styles to reflect her searing imagination, and it's working with charm. For all the thought poured into the construction of the new songs, they don't feel finished. Like life. I bet that's Case's intention. Just as it's no doubt her view that one day the earth will be done with humans and there will be, as there is at the end of "Middle Cyclone," only the sound of crickets.