"I believe that I did have PTSD"

Matthew Marino was sent back to Afghanistan for a second tour of duty after the Army diagnosed him with "anxiety disorder" instead of post-traumatic stress disorder. 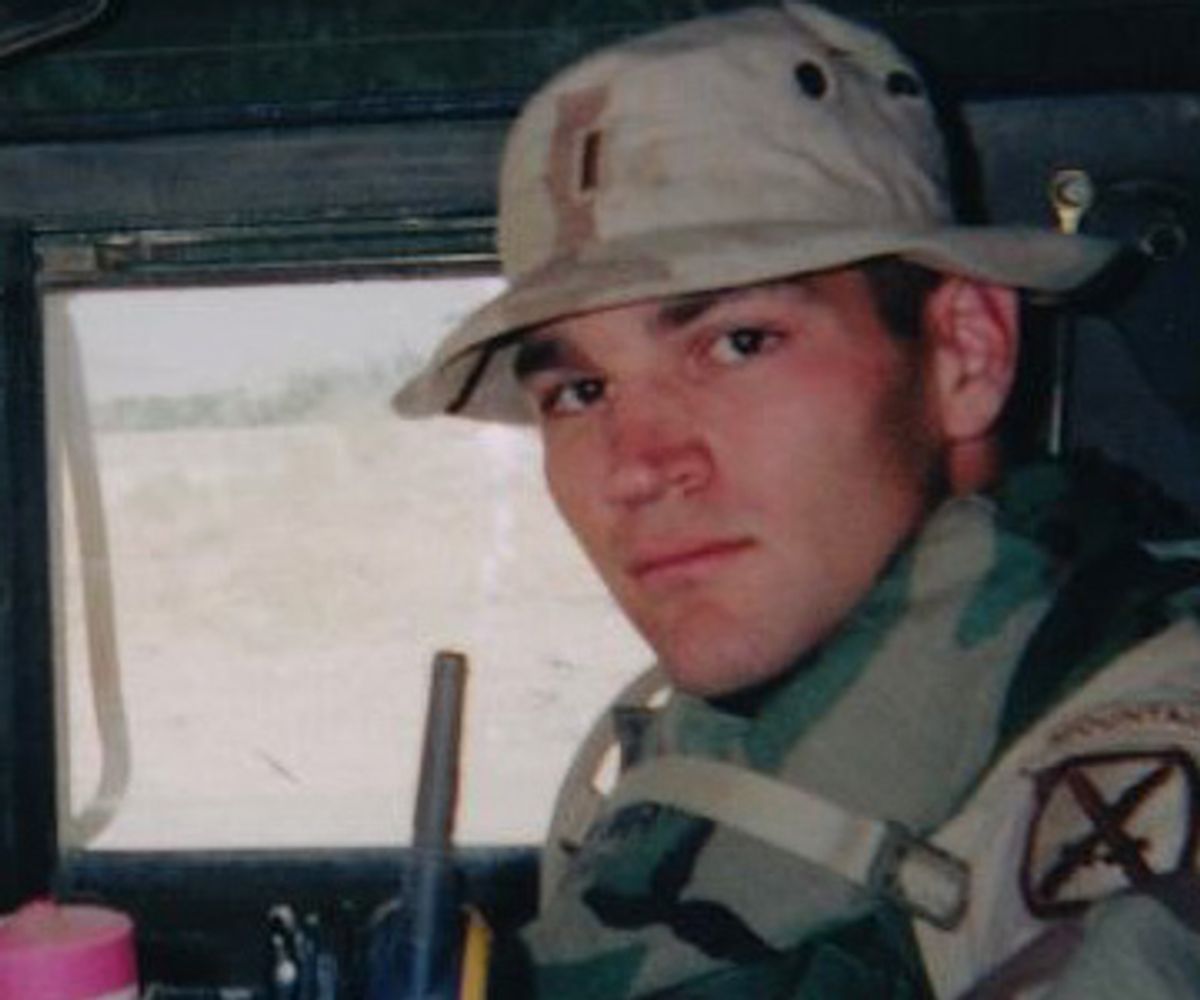 Matthew Marino served five years in the Army and was deployed to fight in Afghanistan twice. He began to suffer from symptoms typical of post-traumatic stress disorder following his first tour. After returning to Fort Drum, N.Y. in late 2004, he couldn't lose the hyper-alertness he'd developed in Afghanistan. He had thoughts of suicide, was nervous, had nightmares, couldn't sleep, and stayed away from family and friends.

Despite his symptoms, however, the Army diagnosed the first lieutenant with anxiety disorder instead of PTSD. He was also diagnosed with depression and given antidepressants. The Army then "stop-lossed" Marino, to prevent him from leaving the Army although his time was up. He was shipped back to Afghanistan for a second tour in 2006. A diagnosis of PTSD might have kept him from being redeployed and sent back into combat; a diagnosis of anxiety disorder did not.

In two stories published this week, Salon has described how a soldier secretly taped an Army psychologist named Douglas McNinch saying that the Army was exerting pressure on him not to diagnose soldiers with post-traumatic stress disorder. According to McNinch, the Army preferred that he diagnose soldiers with anxiety disorder instead -- the same diagnosis Marino received. Marino's experience is a case study in what happens when Army medical care is influenced by the need to keep soldiers on the battlefield and the need to hold down the cost of long-term disability payments.

Marino returned to the States from his second tour in Afghanistan at the beginning of 2007 with symptoms nearly identical to those he'd experienced after his first tour. But the Army processed him out by Feb. 10, 2007 without a real medical examination. Marino recalls filling out a written questionnaire and then being discharged. "They didn't spend any time checking me when I went out the door."

When Marino left the Army, all he had were his anti-depression pills and a vague diagnosis from the Army. The diagnosis said, essentially, that Marino was anxious and depressed, but that neither his anxiety nor his depression were necessarily caused by the war. His condition worsened. "My wife was pushing me to go to therapy over and over again," he said.

And he did. This time, however, Marino went to a facility in Boston run by the Department of Veterans Affairs, the government agency responsible for pay and benefits for service members after they leave the military. There, doctors diagnosed him with PTSD from the war. This means he can receive therapy tailored to help ameliorate the symptoms of combat stress. He also now receives financial benefits from the VA for his mental wounds.

There is no way of knowing for certain whether the Army misdiagnosed Marino with anxiety disorder instead of PTSD after his initial deployment in Afghanistan. His symptoms, however, suggest that that's exactly what happened. "If you want my opinion," says Marino, "I believe that I did have PTSD after the first tour." Marino thinks the Army misdiagnosed him with anxiety disorder, but "I can't say whether it was by intent or negligence that it was misdiagnosed."

If Marino had not gone to the VA clinic in Boston and asked for help, who knows how long he would have gone on with the wrong diagnosis and without proper benefits. "There are probably plenty of people walking around with the same thing," he said. "PTSD has caused me a lot of hardship. If I can help anyone else with my story I'm happy to do it."