"The Song Is You"

Love among the iPods: A divorced TV director is content to be left alone with his old songs -- until he meets a new singer. 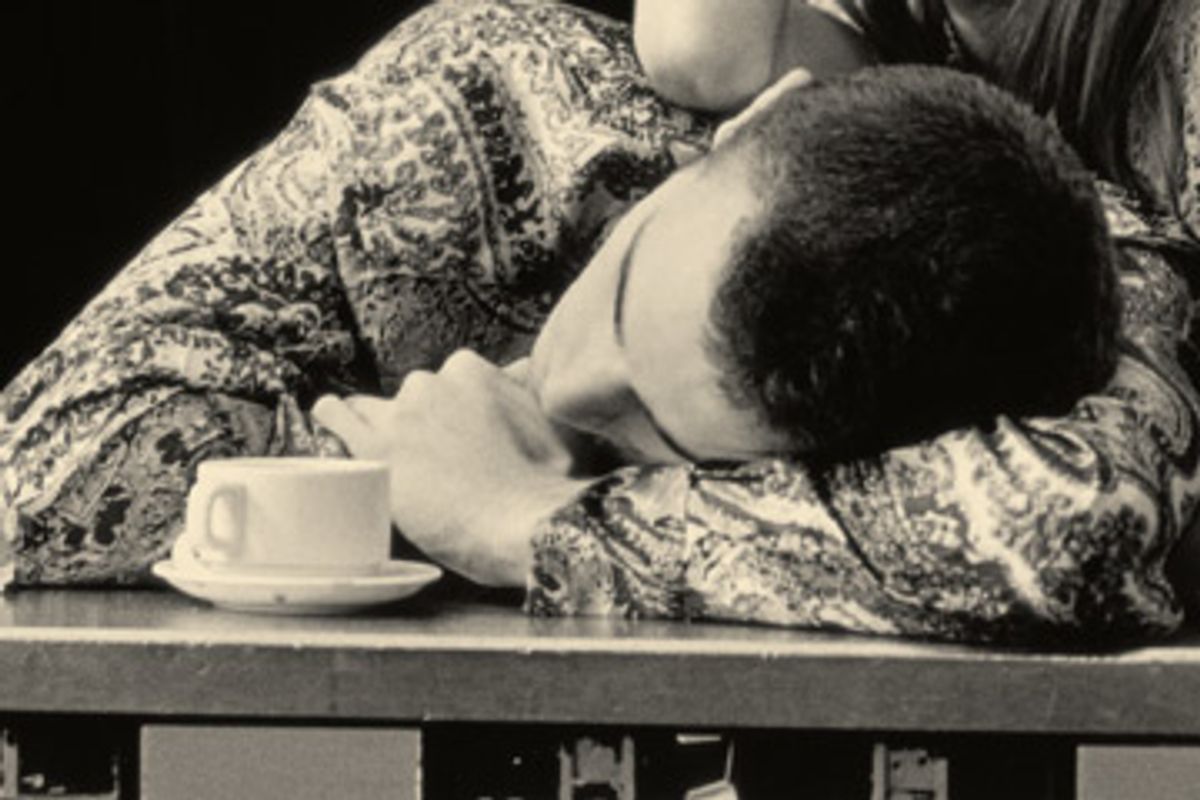 Among the characters in Arthur Phillips' 2002 novel, "Prague" -- Americans in their 20s searching for expat authenticity in 1990s Eastern Europe -- is a young academic trying to "quantify nostalgia, to graph it backwards into the misty and sweet-smelling past." He and his cohorts pine not for their own pasts (they've barely had any yet) but for other people's, as romanticized by historians, fans and filmmakers: Paris in the 20s, New York in the '50s, anything but the thin and flavorless here and now. The novel's title shrewdly epitomizes their imaginative displacement: Although it's set in Budapest, everyone there suspects that the better scene is really in Prague.

Phillips has published two historical novels since "Prague" ("The Egyptologist" and "Angelica"), books that were engaging enough, but (for obvious reasons) lacked the quality that made "Prague" so distinctive: its melancholic yet surgically on-the-nerve satire of the over-mediated life. His new book, "The Song Is You," returns to the present, with a protagonist who could be the older brother of that precocious scholar from "Prague." A wary tribute to the perils and allure of popular art, it tells a story in which the main character's iPod plays a role as pivotal as Puck's in "A Midsummer Night's Dream."

The iPod owner's name is Julian Donahue: a director of TV commercials in his mid-40s, former philanderer separated from his wife and man adrift in a state he thinks of as "divorcistan, a coolly celibate land." Music is the center of his sole surviving desire. This appetite is, yes, partly nostalgic because Julian has been curating a "soundtrack to his days" since the debut of the Walkman when he was 15. But his forlorn midlife discovery is that the yearning emotional state induced in him by his favorite tunes seems to have only a tenuous connection to his actual life. Once he had achieved every species of happiness recommended by popular music (love, family, success, etc.), he realized that "still he longed, just the same, when he listened to those same songs, now on a portable CD player, easily repeated without the moodicidal interruption of rewinding." Only now, in the era of the portable MP3 player and after he has lost a goodly portion of the aforesaid prizes, does he recall a youthful intimation that what he longed for might simply be longing itself.

Right on cue, longing personified steps into his life in the form of Caitlin O'Dwyer, an Irish singer half his age whose band Julian catches by chance after wandering into a Brooklyn bar. Julian is by no means an easy sell. Overhearing an early fan grumbling about the singer's burgeoning popularity, he notes the "artisanal pilsener, ironically named" in the guy's hand and remembers having "cast boys like this to advertise beers like that." He's jadedly amused to hear Cait "autopsied by a flanneled adolescent Julian helped create." Yet he enjoys the performance well enough, even if he's inclined to attribute Cait's charm (like most things of late) to forces "some canny evolutionist could explain." And he buys her CD, loading it into his iPod.

The serendipity of shuffle mode is one of the running motifs of "The Song Is You," for as Phillips notes, a song's "conquest of you is not likely to occur the first time you hear it," and the process usually works best when left to chance. Julian himself has an old good-luck song, one that, in his youth, augured success only if he happened to hear it on the radio. More recently, the charm is activated when the song turns up via the digital version of happenstance. Then one day, on the F train to Brooklyn, a new song, by the half-forgotten Cait, hits him just right, and in a moment her voice slices through "the dense terrine of feeling in Julian -- regret, hope, sorrow, faltering ambition." He decides to check her out again at a local gig and leaves behind, idly sketched on the back of some bar coasters, a pictorial critique illustrating how she might tweak her persona toward pop greatness. The bartender passes the coasters along to Cait and she in turn becomes intrigued by her elusive admirer.

A very peculiar courtship follows, conducted entirely via e-mail, Internet bulletin boards and chats, voice mail, cellphone photos, a call made to a telethon, notes left in strategic spots, and even that object of a million crackpot fan obsessions, secret messages implanted in Cait's lyrics. The two never meet, although Julian spends some time poking around in Cait's apartment, which would be creepy if she hadn't suggested it to him and left a key under the mat. Milling around the edges of the story are assorted supporting characters -- Cait's guitarist, whose hopeless love for her fuels their creative partnership; a washed-up rock star (now become "the creature his youth required him to detest") who texts "sightings" of himself to a fan-tracking Web site; Julian's Aspergers'-afflicted brother, who disgraced himself on "Jeopardy"; a police detective with a crude but astute grasp of human nature; and finally Rachel, Julian's ex-wife, disheartened in her attempts to make him comprehend the tragedy that torpedoed their marriage.

The novel unfolds in prose lush with metaphor and neologistic observation: An MRI machine is a "heavenly white training coffin," Julian's fantasies of Cait leave a "too-sweet, tobaccoish residue" in his psyche, a production assistant is taxied "home to her screenwriting software," blogs are "the thrice-daily essays of the housebound furious and the cubicled despairing," a character sits on a bench at the gym with "a UU of sweat spreading under him." On occasion, Phillips' Nabokovian flourishes can be a bit too rich for the blood, but this tendency never condenses into an outright flaw. A somewhat bigger problem is Cait; too impossibly knowing and unremittingly sarcastic for any 22-year-old girl, she is so much a figment, she would have been more persuasive if seen only from without.

Nevertheless, the core of the book, Julian's own situation -- his need to reconcile himself to the fact that life lacks the ecstatic resolutions found in music -- is all too believable. Rachel accuses him of being "removed" from experience; reality falls short of his ridiculous standards over and over again. Julian knows how stupid this is: At one point he muses that, "a man who foolishly stammers with indecision when a real woman says, 'It's now or never,' will nod decisively and repeat 'It's now, it's now,' when a strange woman sings it with her eyes closed." Meaning and certainty are what he wants, the validation of that surge of pure, perfect emotion that floods through you when your favorite song suddenly starts streaming through your ear buds. He believes this could cure him -- of being himself, perhaps, of being human, temporary, subject to loss. Like a lot of people, he takes decades to understand the smartest thing told to him by his own damaged father (who fell in love with Julian's mother at a Billie Holiday concert): "There's always something after happily ever after."