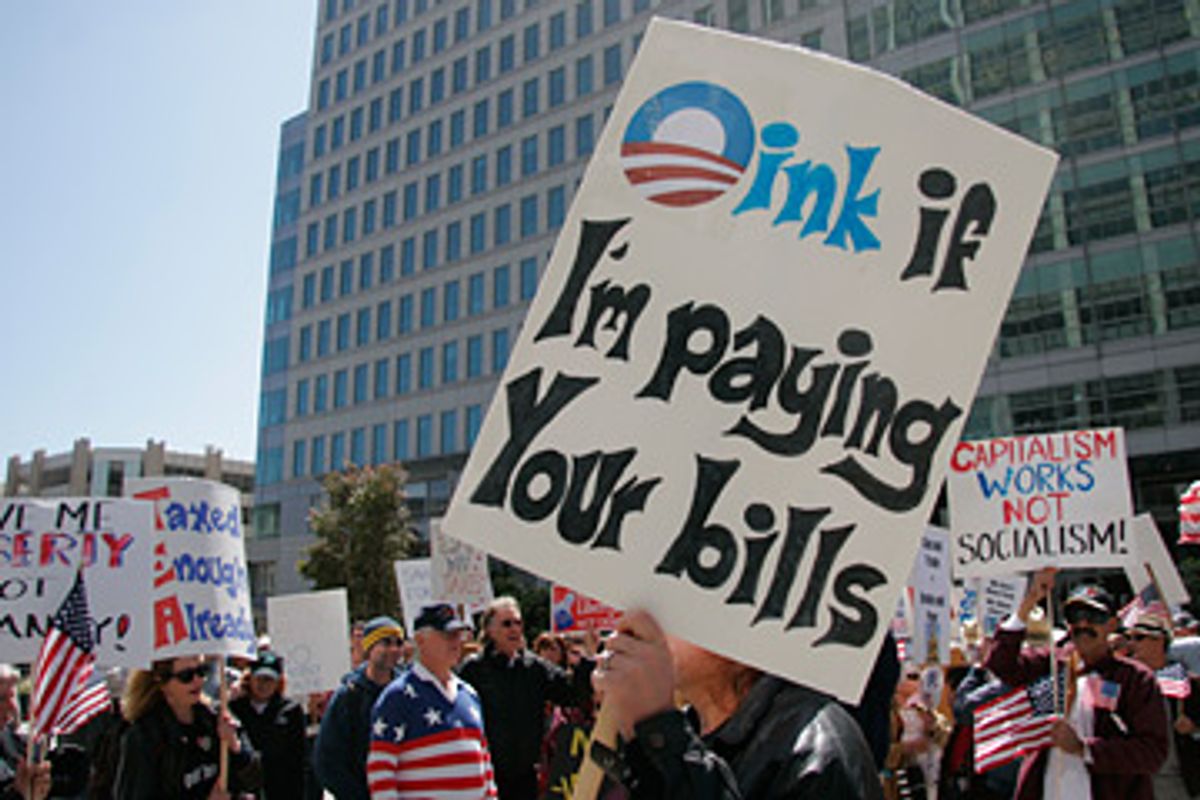 The tea party in San Francisco's Civic Center near City Hall, is under way, and I'm here, covering the Tax Day protest in War Room via Twitter.

There are at least three Betsy Rosses in the crowd. Chants include "our time to say hell no!" and "no more taxes!" (Though, frankly, I would bet everyone in this crowd got a tax cut.) One protester has a lot of used tea bags on her head. Now, we're marching to Nancy Pelosi's office, which is two blocks away, behind former talk radio host Melanie Morgan, who's now with the conservative group Move America Forward.